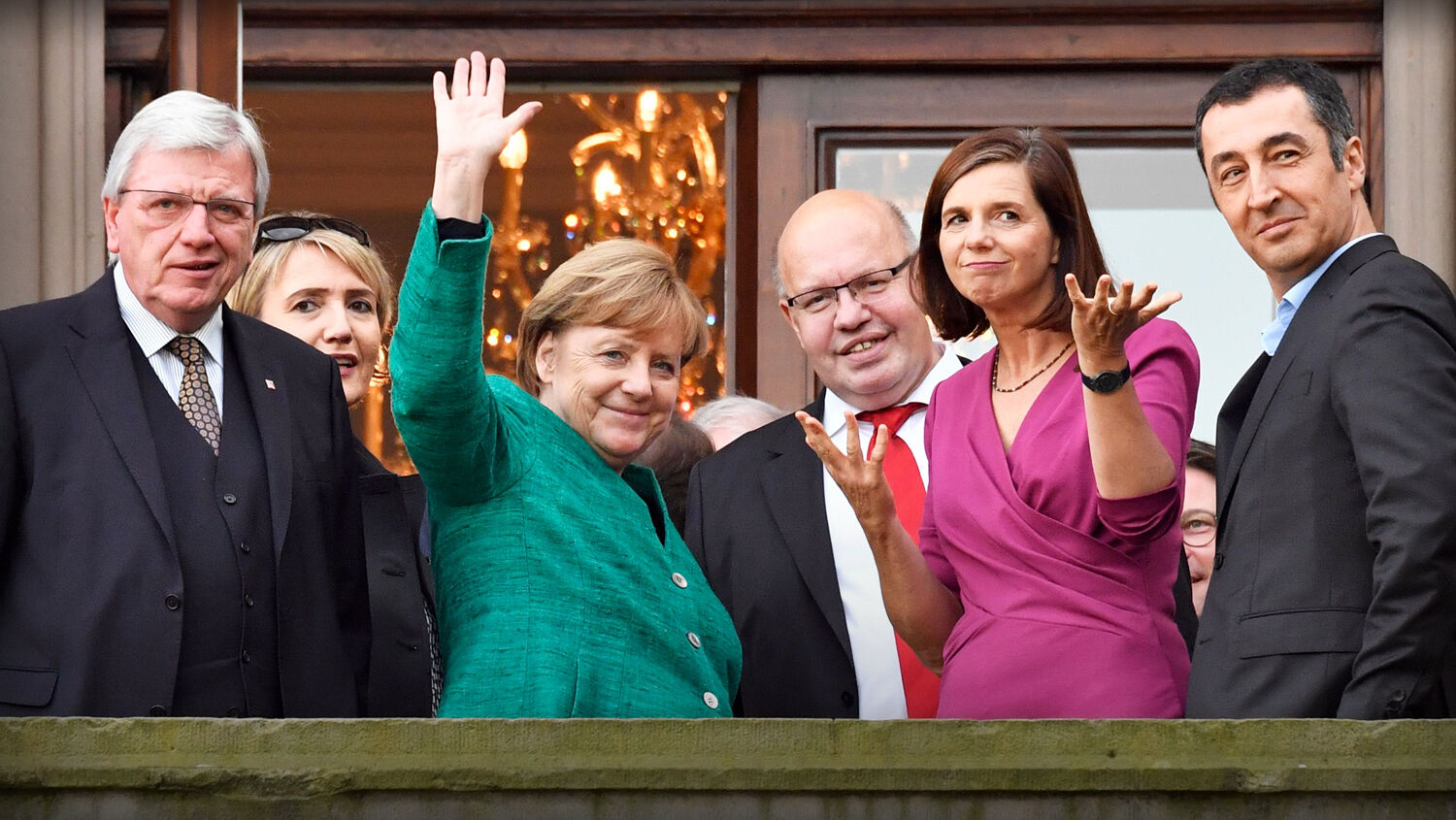 Almost every day, I’m seeing new articles about German coalition talks, and each seems gloomier than the last. The only possible combination of parties that can have any chance of forming a government are trying to hammer out some sort of agreement. This weekend, the leader of Germany’s Free Democrats raised the prospect of the talks failing completely. Yesterday, he said there was a 50/50 chance of success or failure.

Reports are emerging of exactly how angry and fractious the talks are becoming. In a November 3 article titled “Insults and Slurs: Parties Posture in Coalition Talks With Little Progress Made,” Agence France-Presse wrote:

Threats, name-calling and a whole lot of dramatic posturing: Talks among four fractious parties to form a new government under German Chancellor Angela Merkel have proved more fiery than fruitful so far. …

[L]ast week saw bitter clashes on hot-button issues including immigration and climate protection. There was so little progress that the negotiators decided largely to leave those topics out of this week’s discussions in the hope of making headway on less contentious points.

It’s not surprising. These parties that are trying to get together are very different from each other. The Free Democrats, especially, would probably be better off simply walking away from a deal. They have every incentive to act tough and to reject compromise on the issues that got them elected.

The fact is, the 2017 coalition negotiations are an attempt to paper over a political system that has already ceased to function effectively. In former East Germany, Alternative für Deutschland is the second-largest party after winning 22.5 percent of the vote. The Left Party is the third-largest in the east with 17.4 percent. The Left Party is a radical group—probably even more extreme left than the AfD is extreme right. It is the successor party to the murderous East German Communist Party.

In former East Germany, 40 percent voted for one of these two extreme parties.

Not enough of the media are talking about this. The way they cover it, Germany just needs to find the perfect compromise in the coalition talks, and it will solve all its problems. In truth, the tortuous negotiations are a symptom of much deeper problems. Parties from such different sides of the political spectrum are being forced to work together because so few voted for mainstream political parties. And the reason so few voted for these parties gets down to even deeper issues.

More should be able to see that Germany and all of Europe is heading for upheaval. As Geopolitical Futures founder George Friedman noted about a month ago, perhaps the most surprising thing about Europe’s crises is that so few believe there is a serious problem. On October 9, he wrote, “I see a pattern of disintegration that requires the energy generated by panic if it is to be solved.”

What’s going on in Germany right now is far more than a difficult coalition negotiation.

For the background you need to understand the political crises going on right now, see the latest print issue of the Philadelphia Trumpet. We have two articles that cover this in detail. Brad Macdonald’s cover article, “The Election That Shook Germany,” unmasks the deeper crisis behind these negotiations. And my article, “Wanted: A Leader for Europe!”, shows where these coalition negotiations are leading.

But these articles both contain something more than just a hard look at the harsh reality of the German political system. Although they are comparatively few, there are analysts out there who can tell you what is going on in Germany right now. But only Bible prophecy can tell you what is coming next.

As usual, thanks for your support of theTrumpet.com as we strive to get that message out. And thanks to all of you who wrote in after Friday’s Trumpet Brief—I was pleasantly surprised by the number of e-mails. I’ve e-mailed some of you back already; if you haven’t heard from me already, I’ll try to respond to you soon. Rest assured, we are interested in your feedback.

One change we’ve made already, based on those e-mails, is improving our filing system. From now on, every article, regardless of whether it is a blog piece or something more substantial, will be filed under its relevant section. It’s a small tweak, and I’m sure there will be more, but it should hopefully make some of our older articles easier to find.