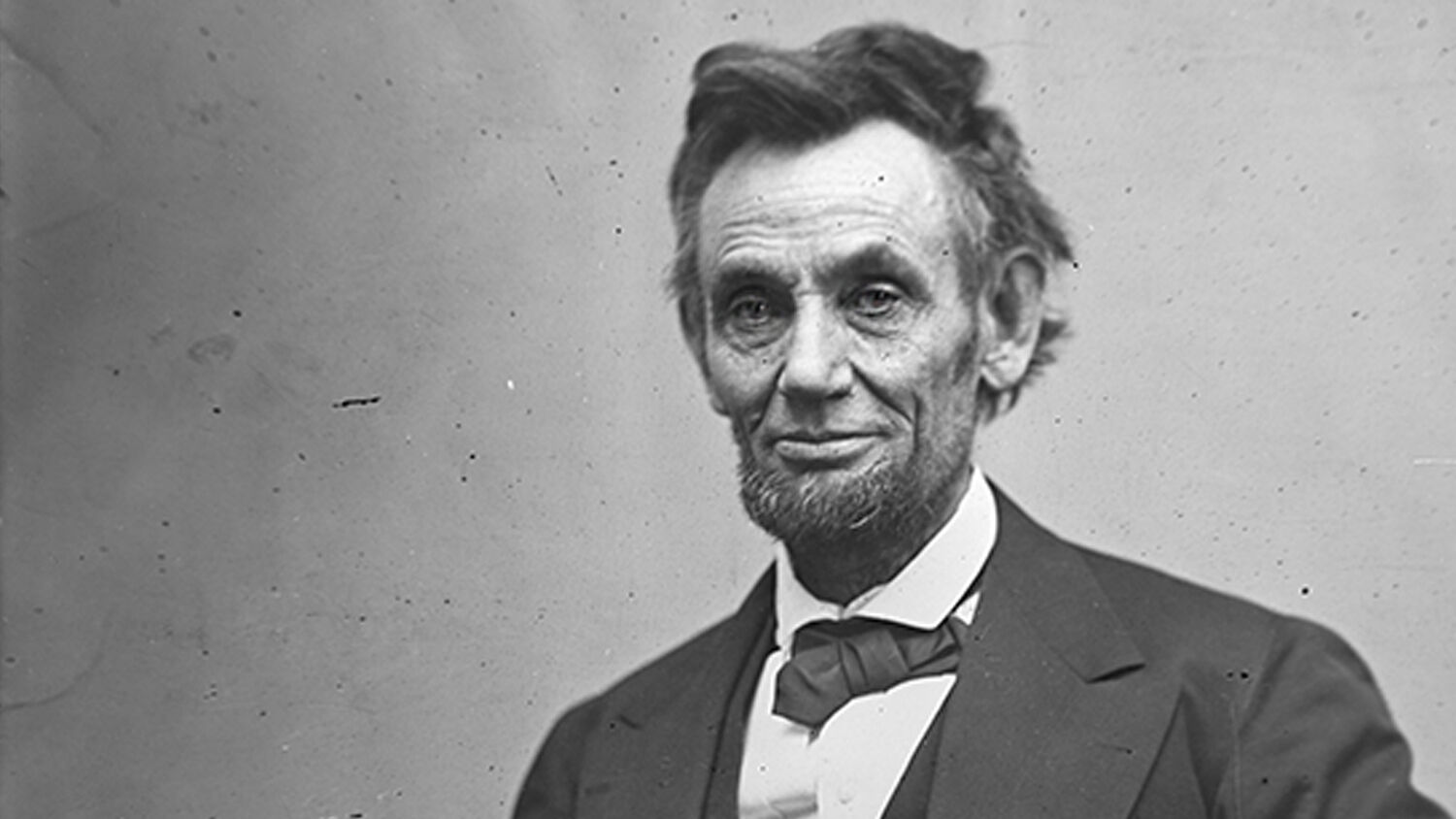 After Hurricane Harvey decimated Houston and the Texas Gulf coast, United States President Donald Trump declared September 3 a day of national prayer. He called on Americans “of all faiths and religious traditions and backgrounds to offer prayers … for all those harmed by Hurricane Harvey, including people who have lost family members or been injured, those who have lost homes or other property, and our first responders, law enforcement officers, military personnel, and medical professionals leading the response and recovery efforts.”

“God is our refuge and strength,” President Trump quoted from Psalm 46:1, “a very present help in trouble.”

When faced with hardship, Americans have a history of coming together and crying out to God. As early as the 1600s, American communities traditionally kept their own special fast day each spring, just as they kept a day of thanksgiving each fall (Religion and the Continental Congress, 1774–1789). National days of prayer in America go back to June 12, 1775, at the start of the American Revolutionary War, when the Continental Congress declared: “Congress … considering the present critical, alarming and calamitous state … do earnestly recommend, that Thursday, the 20th of July next, be observed by the inhabitants of all the English colonies on this continent, as a Day of Public Humiliation, Fasting and Prayer, that we may with united hearts and voices, unfeignedly confess and deplore our many sins and offer up our joint supplications to the all-wise, omnipotent and merciful disposer of all events, humbly beseeching Him to forgive our iniquities.”

The fledgling 13 colonies went on to win a miraculous victory in the war for independence against the greatest empire in the world. America was born as a republic of miracles.

President George Washington understood that. In his Inaugural Address on April 30, 1789, he stated, “[I]t would be peculiarly improper to omit in this first official act my fervent supplications to that Almighty Being who rules over the universe, who presides in the councils of nations, and whose providential aids can supply every human defect, that His benediction may consecrate to the liberties and happiness of the people of the United States a government instituted by themselves for these essential purposes, and may enable every instrument employed in its administration to execute with success the functions allotted to his charge.”

America’s second president, John Adams, proclaimed a national day of humiliation, thanksgiving, fasting and prayer in 1798 and 1799. Almost every other president since has issued a proclamation of thanksgiving and/or prayer (Religion and the Continental Congress).

During the Civil War, President Abraham Lincoln declared April 30, 1863, as a day of national prayer. On this and other occasions, he openly recognized that God was cursing America for its many sins, including slavery. He called on Americans to repent: “We have been the recipients of the choicest bounties of heaven; we have been preserved these many years in peace and prosperity; we have grown in numbers, wealth and power as no other nation has ever grown. But we have forgotten God. We have forgotten the gracious hand which preserved us in peace and multiplied and enriched and strengthened us, and we have vainly imagined, in the deceitfulness of our hearts, that all these blessings were produced by some superior wisdom and virtue of our own. Intoxicated with unbroken success, we have become too self-sufficient to feel the necessity of redeeming and preserving grace, too proud to pray to the God that made us. It behooves us, then, to humble ourselves before the offended Power, to confess our national sins, and to pray for clemency and forgiveness.”

A few months later, the Union won the Battle of Gettysburg, turning the tide of the war.

During World War i, President Woodrow Wilson proclaimed May 30, 1918, to be a day of prayer. The German empire had almost broken through the Allied lines. Russia had just quit the war, and German reinforcements were pouring into Western Europe. Paris was in danger of falling. The president wrote: “I, Woodrow Wilson, president of the United States of America, do hereby proclaim Thursday, the 30th day of May, a day already freighted with sacred and stimulating memories, a day of public humiliation, prayer and fasting, and do exhort my fellow citizens of all faiths and creeds to assemble on that day in their several places of worship and there, as well as in their homes, to pray Almighty God that He may forgive our sins and shortcomings as a people and purify our hearts to see and love the truth, to accept and defend all things that are just and right, and to purpose only those righteous acts and judgments which are in conformity with His will.”

The very next day after the day of prayer, the United States Marine Corps began its first major engagement of the war at Belleau Wood. There something miraculous occurred: The Americans won a stunning victory over the Germans, keeping the Allies from losing the war.

Similar miracles happened for Britain during World War ii. A day of prayer was called on May 26, 1940, for Britain as the trapped British Expeditionary Force faced annihilation by the Nazi war machine on the beaches of Dunkirk. King George vi broadcast on national radio, calling on the British people not only to plead for divine help, but also to turn back to God in a spirit of repentance. Between May 26 and June 4, a storm grounded the German Air Force, the German Army inexplicably halted, the English Channel calmed, and 340,000 Allied troops were saved.

A joint resolution of Congress in 1952 signed by President Harry Truman permanently established an annual National Day of Prayer. Since 1988, it has been held on the first Thursday in May.

But in the hurricane season of 2017, President Trump had reason to call a special day of prayer on September 3. When that day (a Sunday) came, there was a religious showing across America. The president and his wife attended a church service, as did Texas governor Greg Abbott. Churches all over America held services for the victims, and thousands of Americans came together to pray.

But instead of a miracle, America got another disaster.

On September 6, Hurricane Irma plowed through the Caribbean, desolating Barbuda and other Caribbean islands and striking Florida. Then Hurricane Maria smashed Puerto Rico and the U.S. Virgin Islands. Harvey, Irma and Maria cost more than 100 American lives and somewhere between $100 and $300 billion in damage, in addition to the lives lost and destruction wrought on other Caribbean islands.

God did not answer those prayers to bless America. He caused or allowed more hurricanes.

If you compare President Trump’s proclamation to other national proclamations of prayer, there is one stark difference. It boils down to one word: repentance.

In each of the cases where God dramatically responded to days of prayer and miraculously intervened, American leaders had not only called on their citizens to pray and beseech God to intervene, but to fast and to repent of sin.

President Trump’s predecessors would have said the record-setting destruction was the consequence of national sin; PresidentTrump only mentioned “the consequences of this terrible storm.”

President Trump’s proclamation made no mention of repentance from sin, no acknowledgment that Hurricane Harvey was a punishment from God, no exhortation for Americans to turn from their wicked ways. The president had stated in his inaugural address that America is a “righteous people and a righteous public.”

Even after disaster struck and other disasters were looming, even when declaring a national day of prayer, the president declined to tell Americans to repent of their sins.

In a crisis, people do begin to talk about seeking God. But even as they suffer, they do not want to admit that they have sinned and must change their beliefs and their actions.

While God might not respond to America’s national day of prayer, He will respond to individual, heartfelt prayers of repentance. He may have already responded to personal prayers from some who suffered these recent tragedies, if they are willing to turn from sin and obey Him.