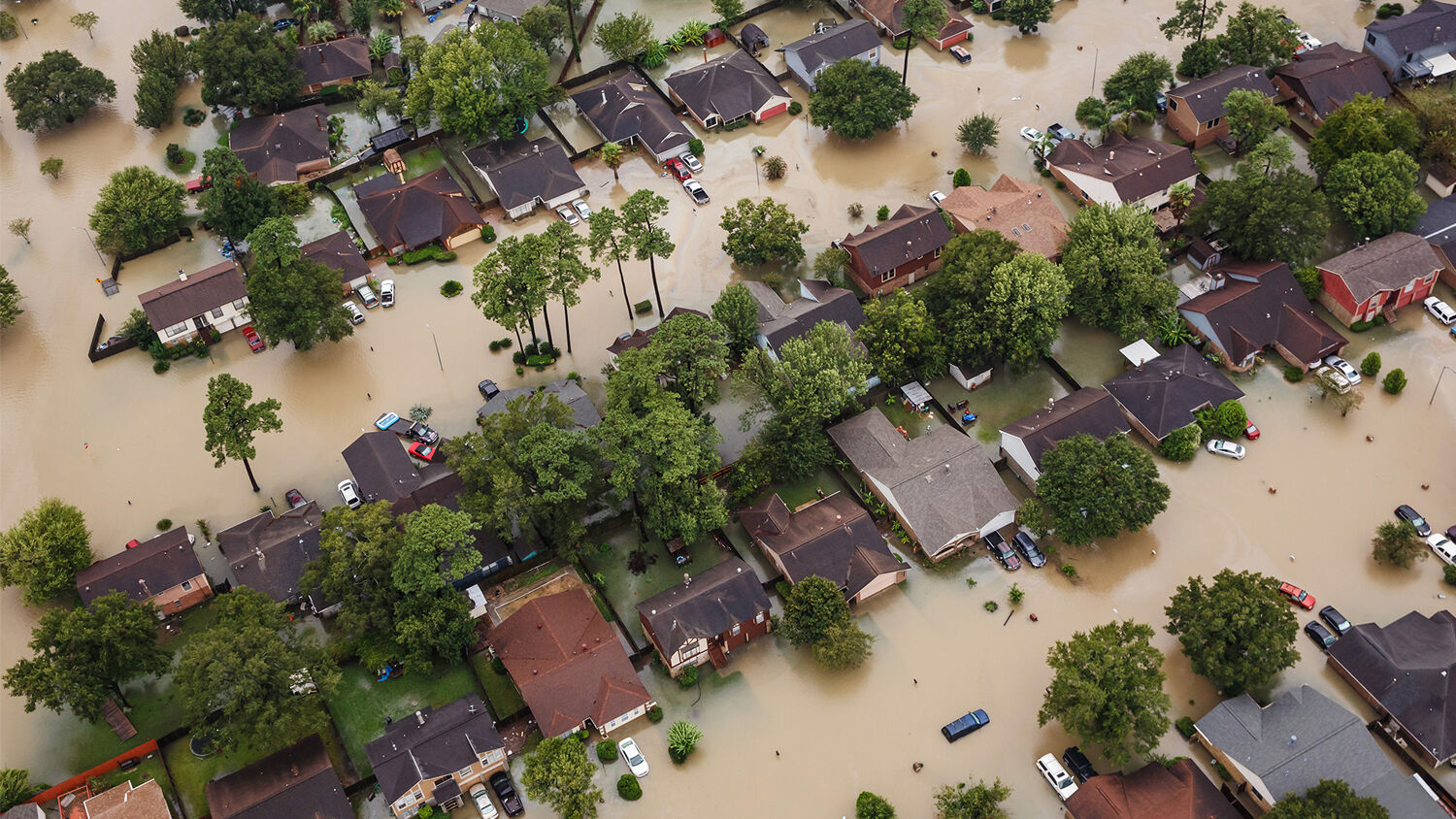 Harvey hit Texas on August 25 with the force of a Category 4 hurricane. The storm blasted ashore just north of Corpus Christi, Texas, and quickly lost strength, becoming a tropical storm. Over the next several days, however, the storm system remained over the area and dumped trillions of gallons of water on Southeast Texas.

Total rainfall across the region ranged from 15 to 30 inches in most places. A few localized spots were submerged under 50 inches of rain, approaching what meteorological textbooks describe as a “once-in-a-thousand-year event.”
Dozens of people died in the floodwaters.

Asked to compare this storm to 2005’s devastating Hurricane Katrina, Federal Emergency Management Agency Director Brock Long referred to Harvey as a “landmark event” that the United States “has not seen yet.” When asked if the agency was prepared to stay in Southeast Texas for months, Director Long said fema would be there for years.

The city of Houston was particularly hard-hit by this catastrophic deluge. One cnn meteorologist said, “I think people were used to flooding in Houston when they get two to three inches of rain, but nobody comprehended what two to three feet of rain could do. This is truly historic.” First responders were overwhelmed with thousands of calls for help. Houston’s mayor said some 911 calls were being ignored so operators might “give preference to life-threatening calls.”

The New York Times wrote that the “apocalyptic onslaught of pounding rains and rapidly rising floodwaters [has] brought the nation’s fourth-largest city to its knees” (emphasis added throughout).

Media outlets use biblical language to describe the catastrophe. But they did not actually open the Bible to see what it has to say about these increasingly frequent and intensifying “natural” disasters.

Something is frighteningly wrong with the weather. Now is the time to look into God’s Word and see what He has to say about the last days.

The Bible isn’t just a piece of literature to compare tragic disasters with. It tells you why catastrophic events like floods happen in the first place. In fact, it prophesies of the very environmental disasters that have been hitting cities like Houston.

A Prophecy From Jesus Himself

It wasn’t just a prophet who delivered the prophecy in Matthew 24—it was Jesus Christ Himself! A red-letter Bible shows that these are all Christ’s own words. Every American—and certainly every Christian—should take this passage very seriously.

Some experts say environmental disasters are just chance events. Others say the cause is human-instigated “climate change.” But these are not the reasons people are suffering from these disasters!

The Bible says these catastrophes are actually a sign that we are living in the very last days. Environmental disasters that increase in frequency and intensity are actually a fulfillment of Bible prophecy—again, prophecy proclaimed by Christ Himself.

Jesus prophesied that, before He returned, “nation shall rise against nation, and kingdom against kingdom: and there shall be famines, and pestilences, and earthquakes, in [different] places” (Matthew 24:7). The return of Jesus Christ, in other words, will be preceded by a sharp upsurge in “natural” disasters.

Jesus also said that famine (shortage of food and water) and then pestilences (disease epidemics) would accompany these weather-related disasters.

In his March 2011 Key of David program “The Beginning of Sorrows,” my father, editor in chief Gerald Flurry, explained that these famines would be caused not only by war—which Christ also prophesied about at length—but also by extreme weather. These disasters profoundly hurt food production, a reality that will soon make regular headlines.

Christ’s reference to pestilences can also refer to disease outbreaks that often come in the wake of such disasters. Flooded areas can be breeding grounds for mosquito-borne illnesses and other maladies. Areas struck by disasters are also incubators for social breakdown and violence—and that is exactly what the Bible prophesies will follow.

We are now experiencing the outer edge of this super storm—a hurricane of environmental disasters, famine, disease, violence, societal destruction and military attack. This is prophesied in your Bible—by Jesus Christ. It will crescendo into the worst suffering mankind has ever known!

Jesus Himself said it: “All these are the beginning of sorrows” (verse 8).

This is where we are right now in Bible prophecy!

But Jesus did not leave us without hope! The Anchor Bible compares the “beginning of sorrows” to the beginning of birth pangs: It is “an almost technical term for the sufferings which would immediately precede a new age, the age of the Messiah’s reign.”

What is it that all this suffering is about to give way to?

Jesus prophesied the disasters we are experiencing—and warned that they will grow far worse. But He also prophesied that these catastrophic events will soon “give birth” to a new age when He will return and intervene to stop such unnatural disasters!