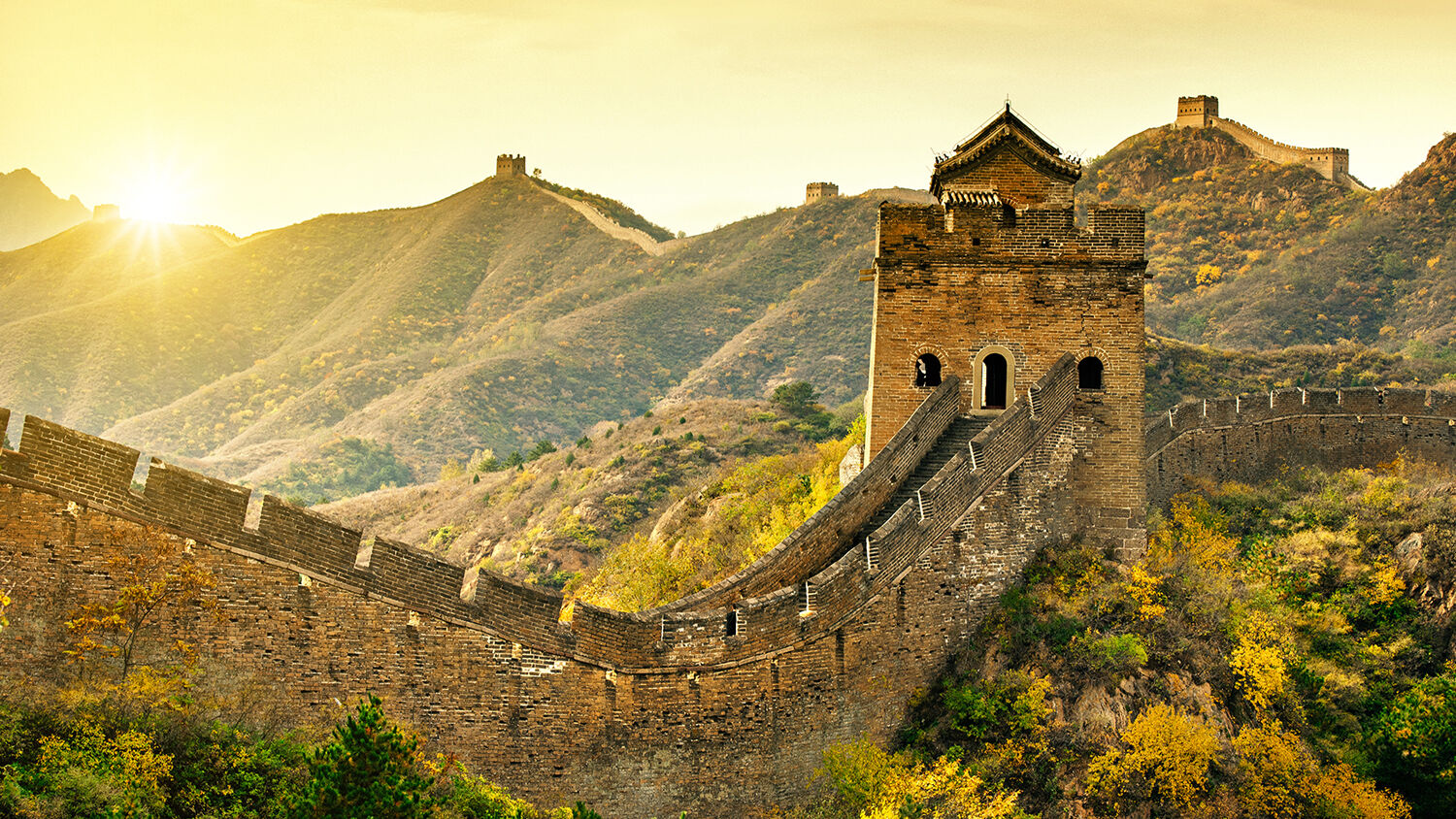 The American Dream could be replaced by the Chinese Dream.

The title of this piece was not written by the author or the editors of the Trumpet. It comes from an article written by a German political scientist, Hermann Ploppa.

The view that China is, or will, displace the United States as “number one” is gaining acceptance by many Europeans. Thus, to give you an idea of a German—or European—perspective on this changing world, here are some excerpts of Ploppa’s article published in Telepolis online magazine (Trumpet translation throughout).

Even trans-Atlantic network organizations are increasingly and openly thinking about the replacement of the U.S. as world hegemon by China.

“Are we here with the emperor of China?” “Are we perhaps tributary barbarians?” An American delegation of high-profile billionaires and turbo-intellects confront the question with irritation as they are received in Beijing by Chinese President Xi Jinping.

“Like a class of pupils,” the alphas from the land of unlimited possibilities are placed in a semicircle around the enthroned Xi. He makes it clear he represents a people with a 5,000-year history, whereas the existence of the U.S.—with its 300 years—seems like a fleeting episode.

Yes, the tone of the Chinese against their former Western trainers has fundamentally changed. With this scene from November 2013, Gideon Rachman, editor of the Financial Times, opens his book Easternization—War and Peace in the Asian Century.

The New Power of China

Rachman was personally present at the event so oppressing to Western hierarchies. As one of the first contributors to trans-Atlantic network organizations and media, he dares to address what others in these circles only say behind closed doors: that it might be the case that the historic period of Anglo-American domination could come to an end.

Or is it already over?

The time has now come for the Chinese Dream (as the title of Liu’s bestseller goes): Certainly, the Cathay was weak in the last 200 years, but now it has recovered. The time is now ripe, says Colonel Liu, for the global hegemony of China. And this world domination will be smoother and significantly more competent than the Anglo-American interregnum.

And then there’s the economics. In international relations, there is hard power and soft power. You can force the opposition to do your will with a gun to the head, or you can lead him there with a carrot on a stick. In conversation with many international friends, it has become almost cliché to hear of the Chinese-funded building projects happening in their home countries. There are the highways, the ports, the railway lines, or the power plants.

Ploppa likened them to the Marshall Plan:

First of all, doesn’t China’s approach have astounding similarities to the Marshall Plan, which the U.S. launched after the Second World War? After the “creative destruction” … of the Second World War, the U.S. invested enormous amounts in the reconstruction of Europe and Japan in order to find new consumers for the new product machine that geared up during the war economy.

The United States also flanked the upswing with international network organizations: the Bretton Woods order of 1944 created the International Monetary Fund, the World Bank, the United Nations and the World Trade Organization (formerly gatt and now the wto). So what objection can there be when China imitates the success of the U.S.?

The U.S. is panic stricken facing this Chinese development, not to mention hostile. Even under Barack Obama, who in retrospect stood before the transfiguration, the U.S. and its network systems had nothing constructive to confront the Chinese with.

Whereas American diplomats talk about regime change, their Chinese counterparts talk about respect for sovereignty and the diversity of civilizations. Whereas U.S. foreign policy uses sanctions and isolation to back up its political objectives, the Chinese offer aid and trade with no strings. Whereas America imposes its preferences on reluctant allies, China makes a virtue of at least appearing to listen to other countries.

“And now the U.S. is confronted with the unpleasant experience, as it was in the Cold War, where weak states can again choose between two rivaling powers,” continued Ploppa. His assessment of America’s behavior: “The U.S. often reacts very childishly; for example, by refusing to participate in the Asian Infrastructure Investment Bank.”

Certain people will dismiss this type of article out of hand: It’s clearly just Chinese propaganda. The author hasn’t taken into account x, y or z that show how the U.S. is still ahead. They might be right. They might be wrong. Certainly, the decline of the United States has as much to do with a lack of will to use its power as it does with the rise of the rest.

But, as much of history shows, relations between nations often have more to do with what people think about a country than what the reality is.

As a recent Pew poll revealed, nearly all across Latin America, Africa and the Middle East, China is viewed as the more favorable nation compared to the U.S. In Germany, Ploppa’s home country, 35 percent have a favorable view of the United States. For China, the number is close enough to be considered a tie by Pew’s methods—34 percent.

So what happens when the world starts to see China as the dominant power and the U.S. as the waning giant of yesterday?

Herbert W. Armstrong had an answer to that question. Even further, he told us, as early as 1934, that the question would need to be asked. He prophesied in the June-July 1934 Plain Truth of two “great military powers to arise in the last days,” those being a unified Europe and a Russian-Asian alliance.

Trumpet editor in chief Gerald Flurry continues to proclaim that prophecy today. “Satellite imagery shows China taking over the South China Sea, as it is with other trade routes globally,” he wrote in “China Is Steering the World Toward War,” which appeared in the July 2016 Trumpet issue. “Both history and biblical prophecy show why this is extremely dangerous.” Along with the soft power it wields through economics, the hard power of military might is used when persuasion won’t work. “China is intimidating the nations of Southeast Asia into submission to its will. It is forcing these countries to do what it wants. Everything is headed in the direction of war,” Mr. Flurry continued.

All these predictions are collected in our booklet He Was Right and are expanded even further in Russia and China in Prophecy. The other aspect of the question—what happens to America—is also addressed. If you haven’t read the above-mentioned booklets, the prophecies concerning America will be the most surprising of them all. At the time these prophecies are fulfilled, America’s decline will have been so rapid that it will not even be on the world scene.

The prophesied rise of Asia and the decline of the U.S. matches what many of the Chinese think about their role in the world. As Dhruva Jaishankar of the Brookings Institution told the Economist in July: “When they talk about how America has declined and this has become a multipolar world, what they actually mean is, China is the new pole.”

God warns the American people that He will take away their preeminent position in the world because of their sin. “These nations are full of terrible sins today, and God is going to correct them for that!” wrote Mr. Flurry. Deuteronomy 28 and many other scriptures show “that He will send foreign enemies to punish America and Britain!” he wrote.

These enemies are already rising, and other nations already see America’s weakening position. They see an opportunity to grab world leadership from the United States, and Bible prophecy says that they will take it.

But this is part of God’s plan to work with the United States. He is correcting the nation now, but He will shower it with blessings once it obeys Him. For more on God’s plan for the U.S., as well as for China and the entire world, read our free book The United States and Britain in Prophecy.