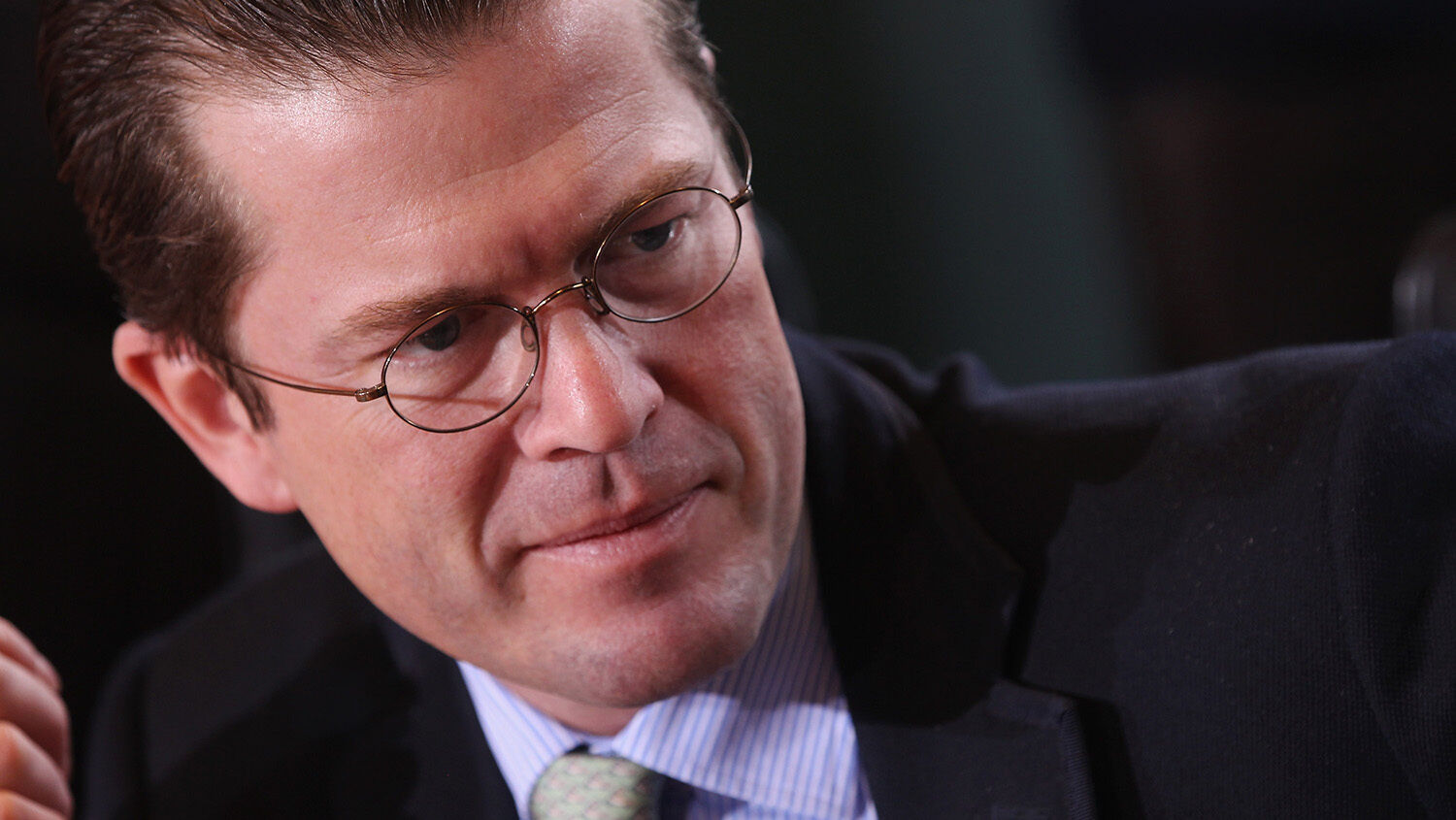 Germany’s rock-star politician is returning to the stage.

The following is an updated version of yesterday’s Trumpet Brief. These daily e-mails contain personal messages from the Trumpet staff. Click here to join the nearly 20,000 members of our mailing list, so you don’t miss another message!

After months of anticipation, the return of Karl-Theodor zu Guttenberg to German politics officially begins today!

You probably already know this, but KT zu Guttenberg has long captured our imagination. Trumpet editor in chief Gerald Flurry first identified Guttenberg as a man to watch about 10 years ago, and we’ve had a keen eye on him ever since. The reason is, Bible prophecy says explicitly that we should expect the development of a German-led European superstate and that this impressive power will be led by an extraordinary leader from Germany. (More on this in a minute.)

But for years, events made it seem (at least to some) that this forecast was wrong. When KT resigned from politics in 2011 and moved to America, it appeared his career as a politician was over. The man, at least as far as German politics were concerned, seemed to vanish. Until this year.

Since January, rumors have swirled of a comeback, and in spring we learned that Guttenberg would return to Germany in August to campaign for the Christian Socialist Union ahead of the September 24 national election. Today there is no doubt about it: Guttenberg is back.

It’s still early, but already there is an unmistakable sense of excitement and hope surrounding KT’s return. The German media has been churning out stories on Guttenberg. The questions now coming into focus are: Is Guttenberg back for good? What role exactly does he want? Will the German people have Guttenberg back?

First, KT will deliver a major speech this evening in the Bavarian city of Kulmbach. This will be his first major speech, and it will be delivered to a sellout crowd. The speech has been sold as “Straight talk with Karl-Theodor zu Guttenberg—elections in a world in upheaval.” Tobias Guenther is the public relations manager at the city of Kulmbach, and yesterday he told me that he and his team have been inundated with inquiries about Guttenberg’s appearance.

Guenther has fielded inquiries from multiple national media groups, as well as many local outlets. More than 50 journalists and as many as 10 television crews are expected at the event. Süddeutsche Zeitung reported on Monday that Guttenberg’s address in Kulmbach is generating more interest and excitement than a speech Chancellor Angela Merkel is delivering at the same time about an hour away.

On Sunday, Guttenberg will be in Berlin and will be a guest on the Anne Will television show. Guttenberg will join the popular show to commentate on the live television debate between Angela Merkel and Martin Schulz, which will air immediately prior. This will be the first time Guttenberg has spoken live to the German people since his retirement in 2011. The show airs immediately after the live debate and is expected to capture a huge number of viewers.

Being a guest on this show is a massive opportunity for KT zu Guttenberg. Bild says Sunday’s appearance on national television will mark his return to federal politics. Guttenberg is a dashing figure with a captivating, compelling personality, and he will undoubtedly capitalize on the opportunity to connect with his people. He’s a brilliant public speaker. He knows his own mind and what he believes, what is right and wrong, and what he wants to say and the best way to say it. Guttenberg has always communicated with clarity, force and energy. Since his resignation, he has learned to balance strength with graciousness, and confidence with self-deprecating humor.

On Monday, KT will be the keynote speaker at the famous Gillamoos festival in the Bavarian city of Abensberg. This appearance too will garner national attention. Yesterday I spoke with Carolin Wohlgemuth, the public relations manager for the city of Abensberg. “I’ve never seen this level of interest in a speaker,” she told me. “The last time there was this much hype was 2012, when Chancellor Merkel came to Gillamoos.” Munich-based BR24 reported today that Guttenberg’s speech is generating much more interest than the speech of Martin Schulz, the spd candidate who is actually running against Merkel to become chancellor!

Again, as interesting as the politics surrounding the return of Karl-Theodor zu Guttenberg are, we cannot fail to think about why his return to German politics is so important. This is all about the return of Jesus Christ and the beginning of some truly horrifying events. The Bible prophesies that in the end time, immediately before the Second Coming of Jesus Christ, a German-led, Catholic-inspired European superpower is going to appear. In Isaiah 10:5, for example, we read that God brandishes Germany as an instrument of correction upon the nations of Israel, calling Germany “O Assyrian, the rod of mine anger.”

Daniel 7 and 8 provide further insight into this seventh and final resurrection of the Holy Roman Empire. In fact, these chapters describe specifically the appearance of an end-time antitype of Antiochus Epiphanes—the cunning Greek dictator responsible for inflicting terrible destruction on the Jews and Jerusalem in the second century b.c.

This is something you really need to understand, and it’s something we can help you understand. If you haven’t read it yet, make sure you read A Strong German Leader Is Imminent.

You should also watch this video; it’s only 90 seconds.