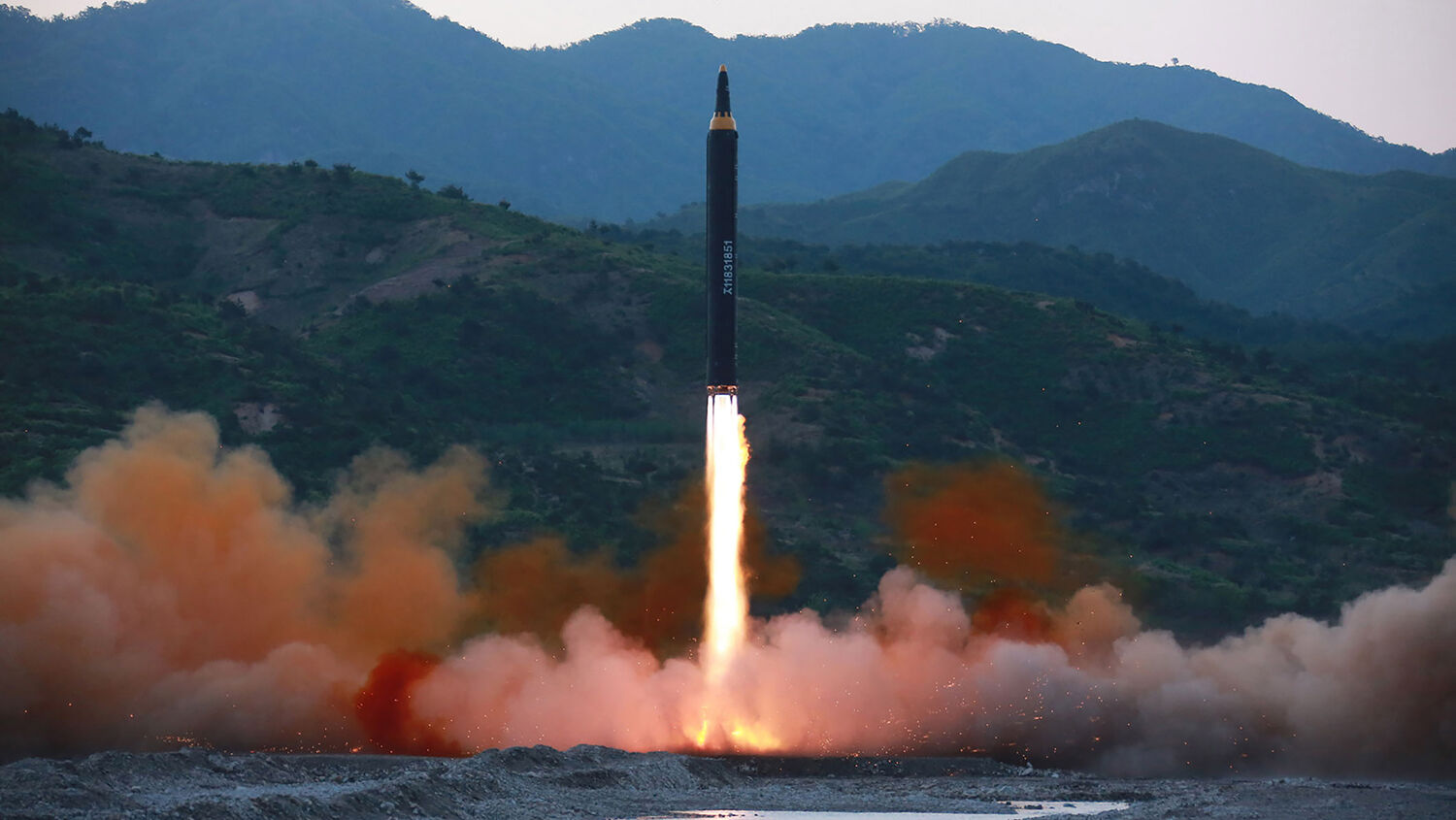 North Korea has stepped up its missile tests this year. Last year, it tested 24 missiles. This year so far, the regime has already tested 21 missiles. The latest test comes just three days after North Korea shot three short-range missiles into the Sea of Japan in response to the joint U.S.-South Korea military exercises that began August 21.

South Korea held live-fire drills this morning near its border with North Korea in response to the missile test. Four fighter jets dropped eight bombs on a simulated target. These drills confirmed the South Korea Air Force’s ability “to destroy the enemy’s leadership in cases of emergency,” according to an official with the South Korean Defense Ministry.

Japan’s leadership is also taking this threat seriously. Every missile that North Korea has fired off this year has been in Japan’s direction. From North Korea’s point of view, this makes sense. Because of its geographic position, no matter which direction North Korea fires a mid- or long-range missile, the missile will enter some other country’s airspace. Japan is the most convenient neighbor for it to fire at. But from the rest of the world’s point of view, this morning’s test is another example of North Korean aggression. The United States, Japan and South Korea have called for an emergency United Nations Security Council meeting today to discuss what to do about the launch.

Prime Minister Shinzō Abe called this morning’s test the “most serious and grave” threat to his country from the regime. The Japanese people are also concerned. A Japanese office worker, Ayaka Nishijima, told the Reuters this morning, “I was woken by the missile alert on my cellphone. I didn’t feel prepared at all. Even if we get these alerts there’s nowhere to run” (emphasis added throughout).

The North Korea nuclear threat is becoming very real for the Japanese people. This month, Japan held air raid drills for the first time since World War ii. Warnings of an incoming nuclear missile played over loudspeakers as Japanese citizens ran for cover. Schoolchildren ran inside, and people on the streets covered their heads as they hid behind concrete walls and in ditches.

Japan’s government is trying to prepare its people for nuclear attack. But Japan is unlikely to sit back and wait for North Korea to strike. This is the perfect excuse for Japan to continue its march toward remilitarization. After all, it is in imminent danger. And as the nuclear threat becomes a part of the Japanese people’s everyday lives, they will have more reason to support their government’s remilitarization program.

Herbert W. Armstrong predicted Japan’s remilitarization—in 1971. He wrote: “Japan today has no military establishment. … But we should not lose sight of the fact that Japan has become so powerful economically that it could build a military force of great power very rapidly” (March 1971, Plain Truth).

This prediction aligns with Bible prophecy. As Mr. Armstrong proclaimed in the June-July 1934 Plain Truth, “Scripture prophesies two great military powers to arise in the last days—one the revival of the Roman Empire by a federation of 10 nations in the territory of the ancient Roman Empire; the other … Russia, with her allies … possibly China or Japan.”

An article in the April 1968 Plain Truth said, “Despite its many national, religious and political differences, Asia will ultimately be welded together into a common power bloc. It will ultimately send its military muscle into the Middle East at the return of Jesus Christ. This prophecy is recorded in Revelation 16:12 and 16. Japan will play a vital role in this battle.”

Bible prophecy shows that there will be a massive bloc of allied Asian nations in this end time. This is why we watch the situation in Asia so closely. Each seemingly small step toward militarization and unity is one more step toward fulfilling Bible prophecy! Consider this excerpt from our booklet Russia and China in Prophecy in light of recent events:

Watch for the East Asian alliances to develop economically and militarily. Watch for coming agreements between Russia, China, Japan, South Korea and others to harness the maverick North Korea and muscle the U.S. out of Oriental diplomacy in Korea and Taiwan. Watch for a third great power bloc to emerge in the East to balance the power of the expanding European Union and the volatile Islamic tide.

The new order of global powers is emerging precisely as depicted in Bible prophecy.

To understand more about this coming Asian alliance, read our free booklet Russia and China in Prophecy.