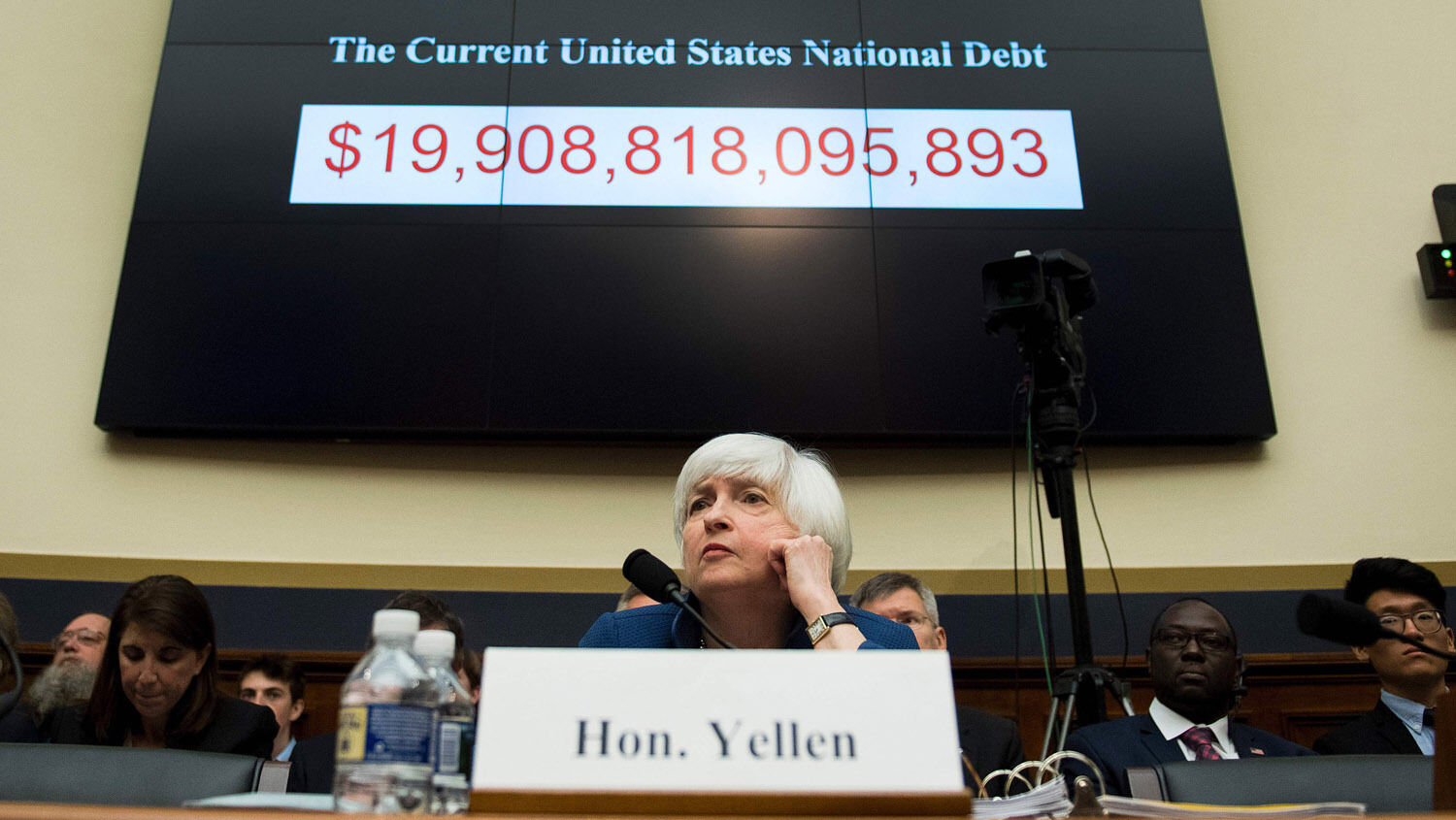 Banks across the world warn we’re heading for a crash—but the head of the Fed says all is fine.

Spot the odd one out: The next economic crash may be about to hit “with a vengeance.” If “banks do not take away the punch bowl, things will get much messier eventually.” “I don’t believe” there will be another financial crisis “in our lifetimes.”

The final one is from Janet Yellen, chairman of the United States Federal Reserve—the individual most responsible for preventing any financial crisis in the U.S. On June 27, she declared that financial regulation means that crises are almost history:

Will I say there will never, ever be another financial crisis? No, probably that would be going too far. But I do think we’re much safer, and I hope that it will not be in our lifetimes, and I don’t believe it will.

That’s a pretty stark difference in opinion, which becomes more concerning when you consider the warnings coming from around the world.

The Bank for International Settlements

The Swiss-based bank—often known as the “central bank’s central bank”—sounded a dramatic warning last month. “The end may come to resemble more closely a financial boom gone wrong, just as the latest recession showed, with a vengeance,” wrote Claudio Borio, the bank’s chief economist. Ambrose Evans-Pritchard summarized the report in the Telegraph, writing:

The Bank for International Settlements said the rot in the global monetary system has not been cut out since the Lehman crisis in 2008.

The current ageing and unstable cycle could finish in much the same explosive way, contrary to the widespread belief that it was a once-in-a-century event caused by speculators.

Across the world, low interest rates have led to an explosion of debt. The Fed, it warns, must raise interest rates, causing a lot of immediate pain. If it doesn’t, even greater danger is in store for the future.

Meanwhile, “[l]eading indicators of financial distress point to financial booms that in a number of economies look qualitatively similar to those that preceded the global financial crisis,” warned Borio.

In a series of notes this month, Bank of America analysts warn that the Fed’s policies are unsustainable. “We do not believe” that the Fed’s loose monetary policy “is sustainable, and we have been arguing that we will see the beginning of the end of this new not-so-normal market this fall,” warned the bank’s global FX strategy team in a note titled “Take That Punch Bowl Away,” published July 14.

They welcomed statements from central banks promising to wind down their Quantitative Easing (QE). This aims to get more money circulating, and the analysts said they believed central banks would follow through. “If we are wrong and central banks do not take away the punch bowl, things will get much messier eventually,” they wrote. “‘Bubbles may form that will eventually burst, leading to much higher volatility than necessary.”

They warned that central banks caused the last crisis by keeping monetary policy too loose for too long. “We do not believe, or at least we hope, they will not repeat the same mistake twice,” they wrote.

Aleksandar Kocic, a strategist at Deutsche Bank, warned this month that the Fed’s response to the last crisis “comes with considerable risk.” Ending all the stimulus it has poured into the economy will be “especially tricky.” Its policies, such as QE “have acted as a free insurance policy for the owners of risk, which, given the demographics of stock market participation, in effect has functioned as universal basic income for the rich.”

“It is not difficult to see how disruptive unwind of stimulus could become,” he warned.

The Bank of England

Britain’s equivalent of the Fed, the Bank of England, is not forecasting an imminent crisis. But it is concerned about soaring levels of consumer debt in the United Kingdom. The Telegraph wrote:

British families are signing up for a lifetime of debt with almost 1 in 7 borrowers now taking out mortgages of 35 years or more, official figures show.

“Consumer credit has increased rapidly,” wrote the bank in its biannual Financial Stability Report, published June 27. “Lending conditions in the mortgage market are becoming easier. Lenders may be placing undue weight on the recent performance of loans in benign conditions.”

These warnings are not from doom merchants, always saying the economy is about to tank. Not that the doomsayers are wrong—predicting exactly when everything all goes wrong is very hard. But these warnings are from banks. To characterize their warnings accurately, they’re not saying we’re hurtling toward an inevitable crash. The warnings from bis are the most dramatic, while those from the Bank of England are more relaxed. But they are warning that there is a risk.

The only one that seems sanguine is the chairman of the Federal Reserve.

No wonder commentators are comparing Ms. Yellen to Neville Chamberlain returning from Munich proclaiming peace in our time.

And this only covers warnings published over the last few weeks. Even organizations like the International Monetary Fund have issued warnings for years.

An economic crisis in this environment would have a major impact on world events; it would make the world a much more dangerous place. In 2015, Trumpet editor in chief Gerald Flurry warned:

Still, even with the U.S. economy and the world economy in such a precarious state, hardly anyone seems concerned! Americans know far more about the Super Bowl than about this super crisis threatening to destroy our financial system.

Now, even the Fed seems unconcerned. How much confidence does that give you that it can avert a crisis?

For more on the real danger here, and how it could change the world, read Mr. Flurry’s article “A Bold Warning: America’s Economic Collapse.”