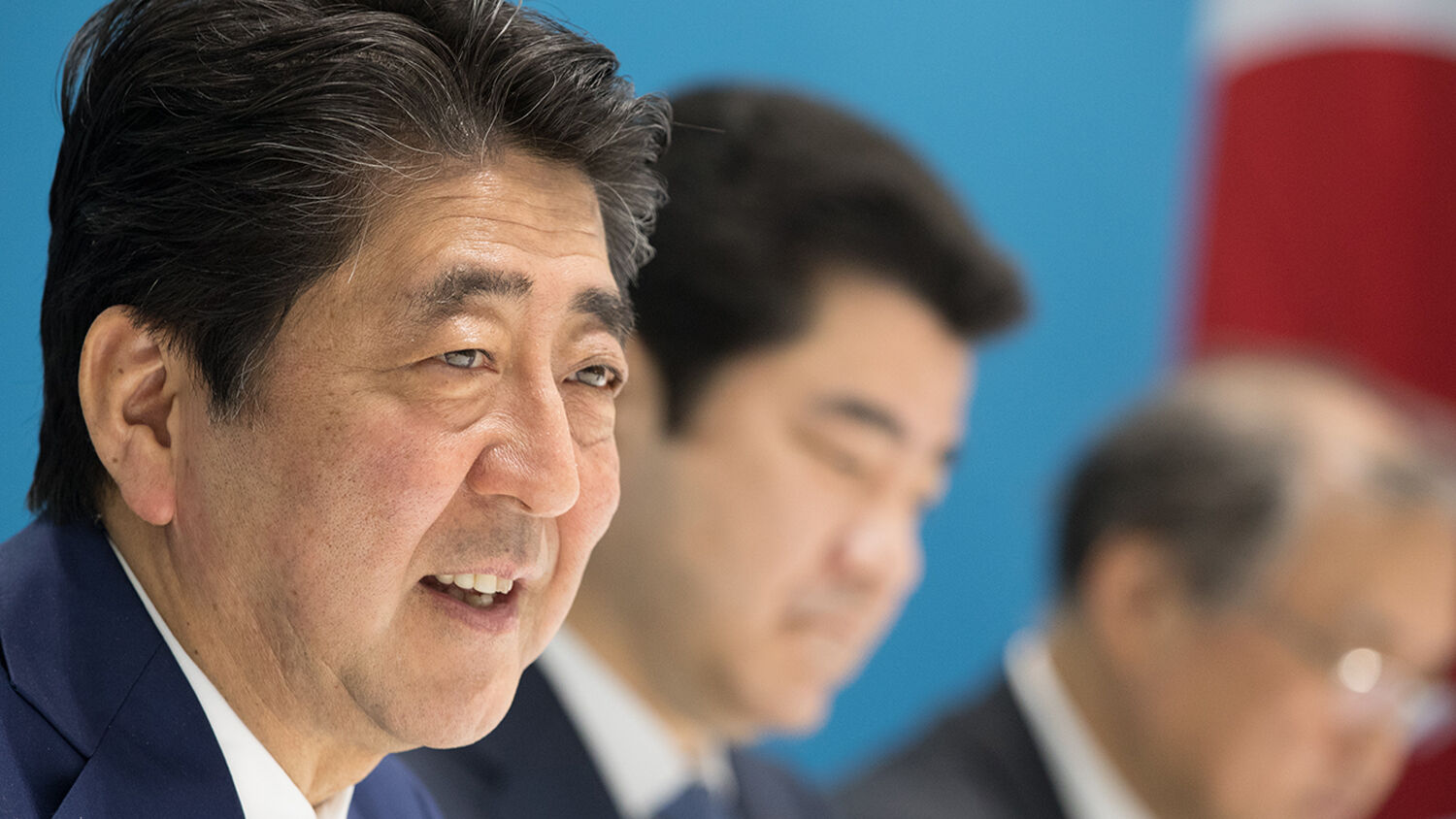 Tokyo is burying the hatchet with old enemies, but it comes at a cost.

Japan doesn’t have many friends in Asia these days. Its history during World War ii, together with its current territorial disputes, has isolated the nation. However, Tokyo has made great efforts over the past few months to heal old wounds and become more involved with its neighbors, particularly China and Russia.

Chinese-Japanese relations have been tense, at best, since World War ii, and have, at times, come close to open conflict. Territorial disputes over the contested Senkaku-Diaoyu Islands came to a head in 2012 and nearly led to a full-blown war. At that time, it would have been difficult to believe that the two nations could ever be close allies.

However, relations between the two have taken a huge step forward, particularly in the last few months. The latest sign that relations are beginning to thaw came on July 8 at the G-20 summit, when Japanese Prime Minister Shinzō Abe sat down with Chinese President Xi Jinping for 40 minutes to discuss how the two nations could cooperate. Following the meeting, Abe unexpectedly announced his intention to cooperate with China’s One Belt, One Road initiative, an infrastructure project aimed to better connect Asian markets to Europe and Africa.

This is the first time the two leaders have met in 10 months, and it is the culmination of months of meetings between high-level officials of both nations that began in May. Following the meeting, Abe told reporters that the project “has potential. We hope the initiative will contribute to regional and global peace and prosperity by adopting ideas held by all in the international community. We want to cooperate in that respect.” Prime Minister Abe also reportedly told President Xi that he wanted to hold a summit between Japan, China and South Korea at the “earliest possible” opportunity.

All this is coming at a time when the Asia Pacific region is becoming increasingly volatile. On July 4, North Korea successfully tested a missile that had intercontinental range. While North Korea still doesn’t have the technology to attach a nuclear warhead to the missile, it is yet another provocative act that puts Japan, an ally of America, in the firing line.

To ensure its survival, Japan has two options to help solve this problem: China and America. Both nations have their advantages to Japan. America has been an unwavering ally of Japan since World War ii, with the military muscle to back up Japan in any conflict. However, United States President Donald Trump is unpredictable and increasingly pulling America off the world stage.

China, on the other hand, has been no committed friend, but has proved willing to work with Japan. It also holds a much stronger sway over North Korea because of their trade relations, so it could be more influential in stopping the North from sending a nuke Japan’s way. In addition, North Korea’s hostilities are aimed at America and American interests. If Japan were to distance itself from America, it may take itself out of North Korea’s crosshairs.

In addition to easing tensions with China, Japan has also taken steps to better its relations with Russia. The two nations have had strained relations since World War ii and have been locked in a territorial dispute over the Kuril island chain since 1947. The islands were seized by Russian forces at the end of the war, forcing 17,000 Japanese residents to flee. No formal treaty was negotiated between the two nations after the war ended, meaning the two nations are technically still at war.

But Japan is looking to put an end to that dispute as well. “A peace treaty between Japan and Russia has not been concluded yet, even after 70 years have passed since the end of World War ii,” Prime Minister Abe said in April. “It is an extremely unusual situation. Infinite possibilities are latent in the cooperation between Japan and Russia.”

As with China, Japan has been sending key government officials to Russia to help smooth things over. On June 27, Japan sent a 70-member delegation to the Kuril islands for a five-day meeting with Russian officials. This was the first delegation from Japan to visit the islands since 1998, and it came just a few months after Russian President Vladimir Putin visited Japan in December. This was the first time in 11 years that Putin had visited Japan.

At the G-20 summit, Abe also took time to talk to Putin about the Kuril island dispute. Stratfor reported, “The two leaders agreed to have Japanese and Russian deputy foreign ministers meet in August to finalize joint economic projects in the Southern Kurils that may include salmon fishing, hospitality, medical care, transportation and hybrid wind-diesel power plants. Abe will then head a Japanese delegation to the third annual Eastern Economic Forum in Vladivostok on September 6-7.”

As with China, Japan will have to make some hard decisions in order to improve its relations with Russia. Again it finds itself stuck between Russia and America. “A key step in resolving the dispute would be for Japan to lift sanctions on Russia, which it has been unwilling to do because of U.S. pressure to maintain them,” Stratfor reported. If Japan hopes to make any headway with Russia, it will have to abandon more of its support for America and its policies.

Right now Japan is facing a crossroads. For over 70 years it has been allied with America and American interests. But to continue with America means increased isolation from the rising powers of China and Russia. It means continued hostilities as these two powers continue to flex their muscles in the Asia Pacific region against America and its allies. It means continued threat from a more and more belligerent North Korea. All the while, Japan is thousands of miles away from its sole protector, America, which is governed by a president who has repeatedly called into question America’s commitment to Japan and its security.

Japan’s other option is to cast in its lot with Russia and China. This would come at a cost though. It would require a complete abandoning of America and American interests in the region. This is a huge gamble for Japan, but it seems to guarantee a more secure position in the Pacific.

The National Interest recently wrote, “Are Japan-China relations beginning to improve? Recent developments have led some observers to conclude that is the case, but the future of bilateral relations remains hazy.” To those who lack the clear lens of Bible prophecy, the future of Japan does seem hazy. But the Trumpet forecasts that Japan, a strong ally of America, will one day abandon that alliance in favor of China and Russia.

“There is an utter inevitability of the ultimate tie-up between Japan and Red China!” the February 1963 Plain Truth said. “The big question is how long China will remain ‘Red’ and survive without a tie-up with Japanese capitalism.”

For decades, the Plain Truth forecast that Japan would be an important part of the future Eastern bloc that the Bible calls the “kings of the east.” The Trumpet continues to watch this trend today. Watch as Japan continues its creep from America toward its Asian neighbors. This trend is documented in our booklets He Was Rightand Russia and China in Prophecy. It has been a long, slow process, but one day soon America will be shocked to see Japan side with China and Russia. Those with the clear light of Bible prophecy won’t be, because it was forecast long ago.