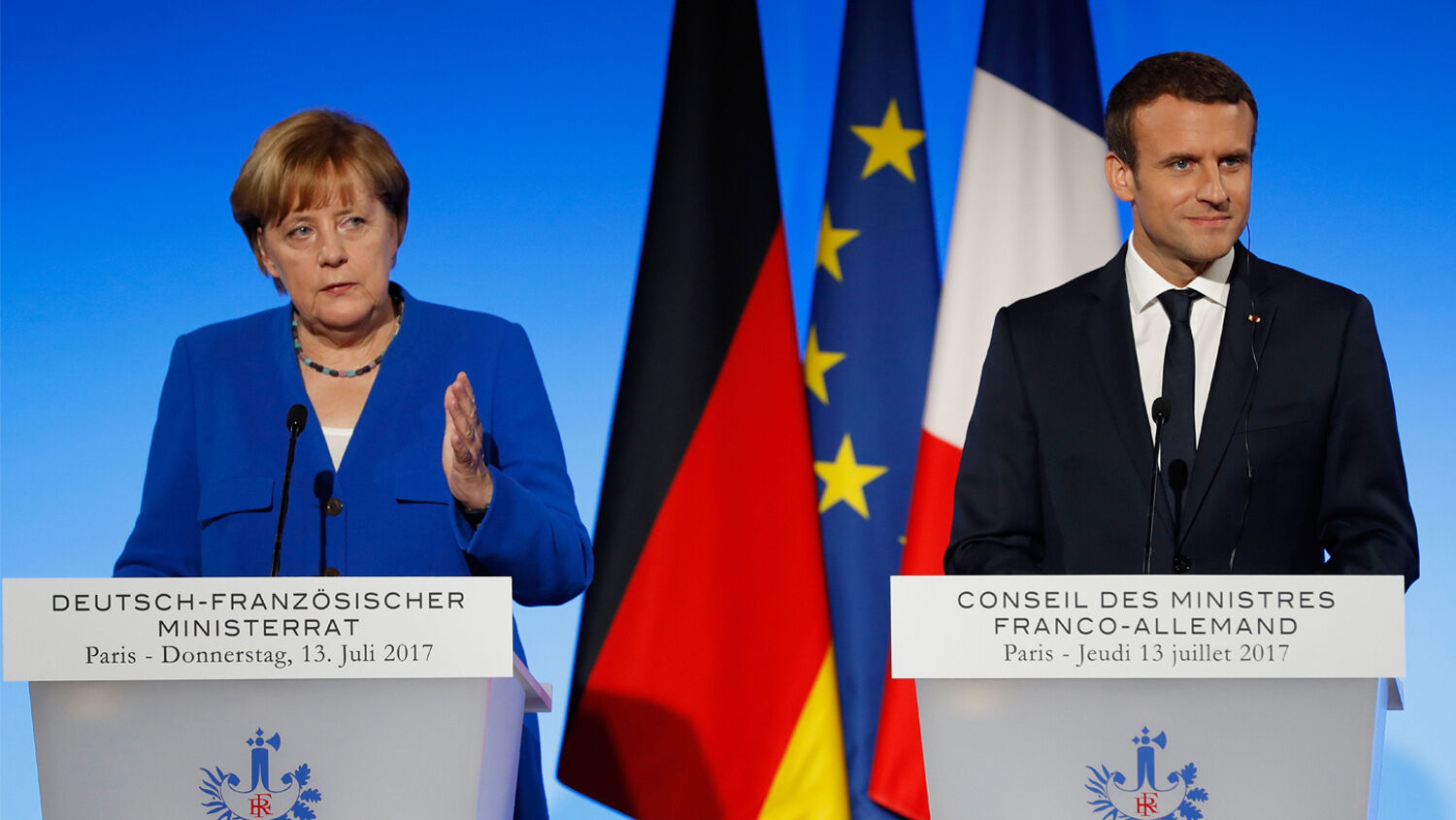 The two nations announce plans for a new fighter jet, a new fighting force in Africa, and a new push for a eurozone superstate.

This was the first such meeting since Emmanuel Macron won the presidential election on May 7. Since then, there has been much talk of a new era of Franco-German cooperation. On Thursday, the pressure was on to demonstrate results.

On economic issues, the two countries made some progress. But Macron has ambitious plans to turn the eurozone into a superstate, while Germany has been much more cautious. Those economic plans will likely have to wait until after the German federal elections on September 24.

But when it comes to increasing military cooperation, the two sides are already in much closer agreement.

The most eye-catching plan to come from the joint cabinet meeting was an initiative to work together to design a new fifth-generation fighter jet. Macron called the project “a profound revolution.” Reuters reported:

The move to develop a new warplane accelerates steps that are expected to shape the future of the European fighter industry and its three existing programs—the Eurofighter, France’s Rafale and Sweden’s Gripen.

The move also reflects efforts to give fresh impetus to Franco-German relations in the aftermath of Britain’s decision to leave the European Union and was described by defense experts as a snub to Europe’s leading military power. …

“It is a sign to the British. It means ‘you are leaving the EU and we are driving forward. We are no longer interested in you blocking the EU on defense,’” a senior German defense industry official told Reuters.

The announcement also helps heal a longstanding sore spot that began in the 1980s, when France pulled out of the Eurofighter project to produce a fighter jet of its own.

The two countries also announced plans to work together on a new attack helicopter and to buy new tanks and artillery.

But Germany and France’s military ambitions go far beyond working together to coordinate hardware shopping lists.

“For both of our countries it’s crucial that we create more for Europe and that we work together toward a European defense and security union,” said German Defense Minister Ursula von der Leyen.

She and her French counterpart were laying the groundwork for a smaller group of EU nations to move forward on closer defense cooperation—while leaving other European Union nations behind.

The two also agreed to back a new African military force called the “G5 Sahel,” which would create an anti-Islamist force out of soldiers from Burkina Faso, Chad, Mali, Mauritania and Niger.

Beyond military cooperation, the plans that emerged from the joint cabinet meeting were less specific. The two countries announced that they are working on plans to harmonize taxes across the eurozone. A common tax regime, or even just common tax rates, would be a major step in the direction of a superstate. But as Ms. Merkel said, this is “not a simple subject; it is even a thorny one.” But France and Germany are aiming to harmonize their corporate tax rates by the end of the year.

Ms. Merkel also signaled some support for Macron’s more ambitious plans, saying, “I have nothing against a eurozone budget [and] we can talk about creating a European finance minister.”

But there are still many thorns to get past. “Germany has benefited from the dysfunctional character of the eurozone, from the weakness of other economies,” Macron said in an interview with Ouest France on the same day as the joint cabinet meeting. “This situation is not healthy because it is unsustainable.”

This type of rhetoric isn’t helping Macron’s popularity in Germany, where he is known as “our expensive friend” in the media. But Germans also know that if Macron’s presidency fails, in a few years they could be dealing instead with President Marine Le Pen or President Jean-Luc Mélenchon—either of whom would destroy the eurozone, and with it Germany’s economy. For the first time in years, the pressure is building on Germany to compromise.

Progress toward a European superstate won’t be easy. That is why it has taken so long. But Europe is moving forward—especially on the military front. For more on what to watch for, and why you can expect this grand plan to eventually work, read our article “Is Europe Finally Ready for an Army?”