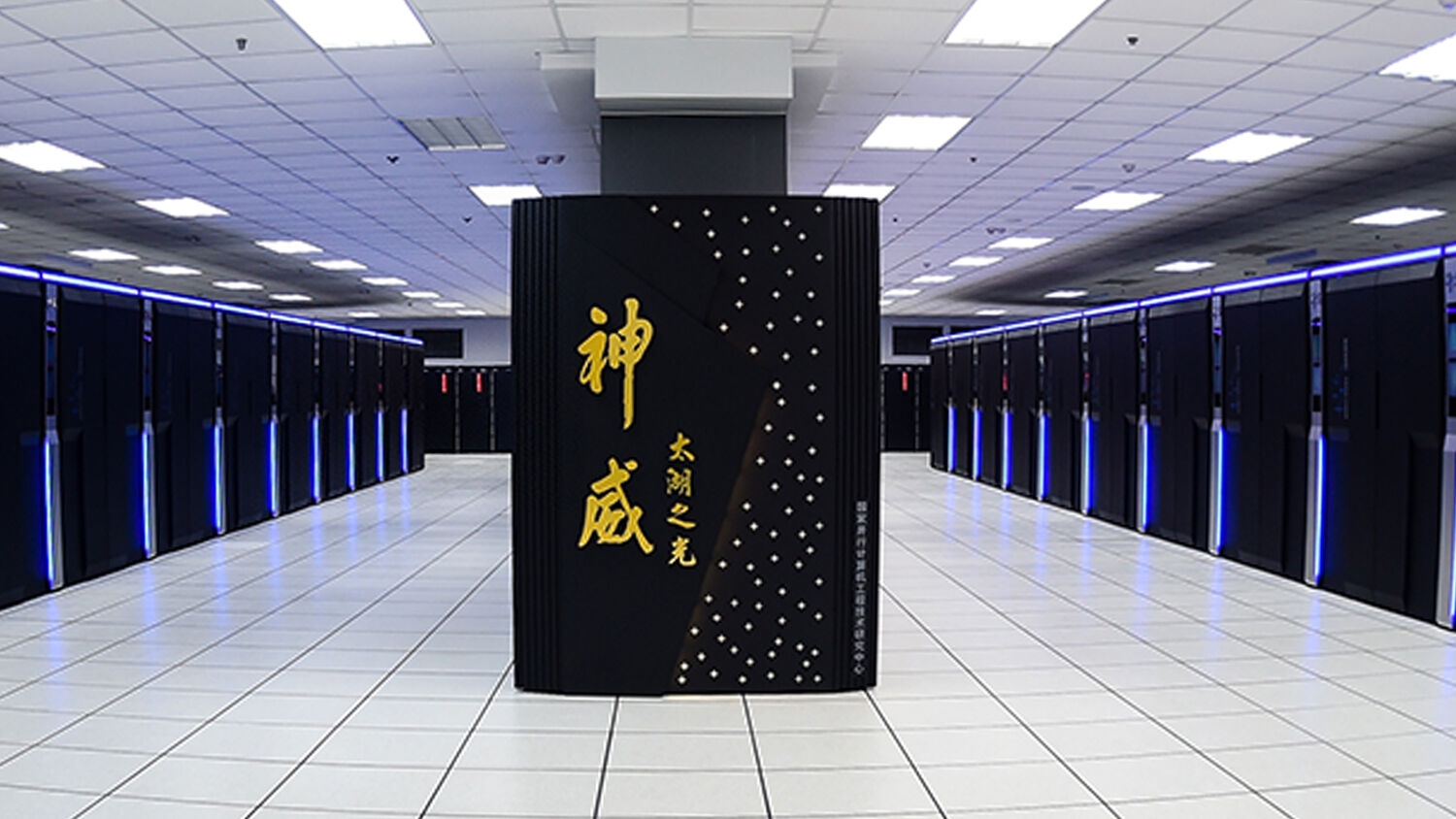 To decipher an ‘unbreakable code,’ your best chance is to run it through China’s TaihuLight supercomputer.

It’s 1943. The British are developing the first programmable computer to break the “Lorenz code” and decipher Nazi communications. Now, it’s 2017. Who do you turn to to find the most advanced supercomputer to break an enemy’s code? It’s no longer the British. It’s not even the Americans.

That’s according to the latest supercomputer rankings by Top500. TaihuLight operates at 93 petaflops (93 quadrillion calculations per second) while the top American supercomputer, Titan, operates at 17.6 petaflops.

“With the two Chinese supercomputers and one Swiss system occupying the top of the rankings, this is the second time in the 24-year history of the Top500 list that the United States has failed to secure any of the top three positions,” wrote Top500.

But back to code breaking. “Security is only as good as your fastest computer,” Hansen Hsu, from the Computer History Museum, told Foreign Policy.

In terms of security, the supercomputer classic trinity (fortunately, trying to understand this trinity does not cause you to “lose your mind”) consists of “cryptanalysis, weapons design and weather forecasting.” Cryptanalysis means breaking codes. And breaking codes means security.

When the British endeavored to decipher the even more famous “Enigma code” in 1939, there were roughly 15 billion billion possible combinations the Germans could have been using each day. You could have an army full of code breakers run through a fraction of the combinations. Or you could build a computer. Alan Turing designed the Bombe device, and the British broke the code.

To decipher an “unbreakable code” today, your best chance is to run it through China’s TaihuLight. It performs five times as many calculations per second than any American supercomputer.

It’s also another indication that the rest of the world is catching up to America’s superpower status. Domination in the arenas of military, economics, technology, agriculture and, later, supercomputing—as America was blessed with centuries ago—is no longer the reality.

In 1972, a group of America’s preeminent computer scientists visited China for the first time. Foreign Affairs’ Tom Mullaney wrote that they were surprised to find the Chinese showing a “strong interest in what they called the ‘supercomputer.’” As the Americans ended their trip, the president of the Chinese Academy of Sciences told them that “China’s technology … has a great deal to learn from the United States.”

In light of China’s new dominance of supercomputing, Mullaney wrote, “it seems that the United States still has a great deal to learn from China.”