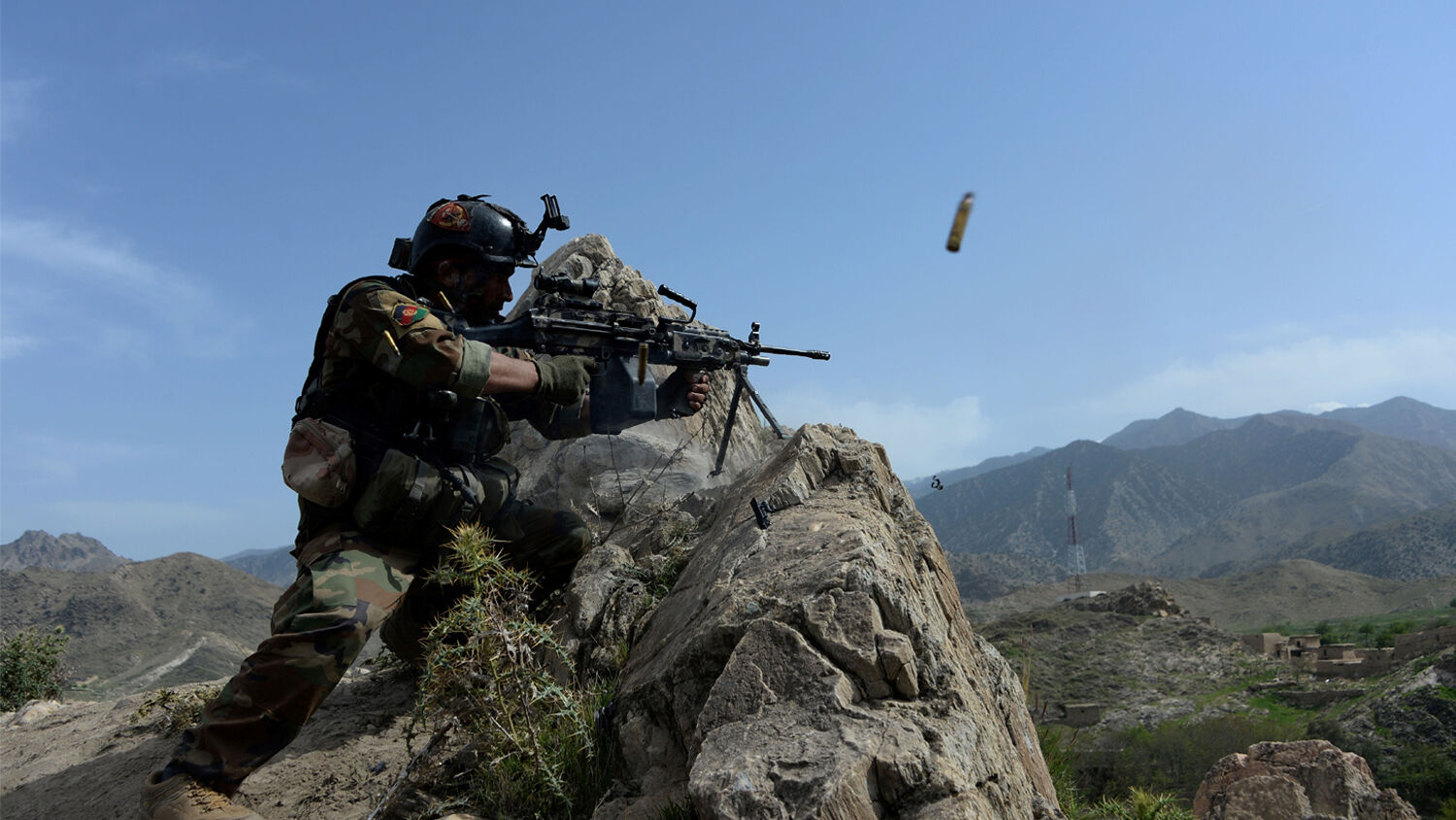 An Afghan security force personnel fires during an ongoing an operation against Islamic State (IS) militants in the Achin district of Nangarhar province.
NOORULLAH SHIRZADA/AFP/Getty Images

‘We know what the strategy was for the last eight years: Do not lose. That has not worked.’

On June 13, United States Secretary of Defense James Mattis spoke before a Senate Committee on Armed Services. His job was to urge the Senate to accept the 2018 defense budget. He sounded direct, honest and respectful. When he was asked about Afghanistan, he was blunt: “We are not winning in Afghanistan right now.”

The Afghan War is America’s longest war. So long, in fact, that parts of the American public probably don’t realize their country is still involved. Syria makes headlines while Afghanistan decays.

The Taliban controls more territory in Afghanistan than it did before the U.S. invasion. #VICEonHBO is airing now on @HBO. pic.twitter.com/2NXeVdSULA

The roughly 9,800 American troops still deployed don’t have a problem remembering. Every day when they wake, their job is to build a nation that doesn’t have a functioning government and doesn’t have a functioning military. America doesn’t want to leave because the Afghan government is too weak to tame the Taliban. Afghanistan’s geography makes it hard to control and easy for the Taliban to hide. Empires are buried in Afghanistan’s deserts. And America has been sinking into it for 16 years.

For those reasons, I don’t envy James Mattis’s job.

The job sounded even harder when it was described by the hearings’ chairman, Sen. John McCain. Bear in mind, Senator McCain was once a prisoner of war—he doesn’t just throw away words about war. Here are his statements from the official hearing transcript (emphasis added throughout):

That has not worked.

Secretary Mattis replied that a “strategy” was being worked on, but seemed almost apologetic: “We recognize the need for urgency, and your criticism is fair, sir.”

Chairman McCain: … I hope you understand that we are going to start getting more vocal in our criticism of not having a strategy for Afghanistan. Do you agree that we are not winning Afghanistan?

Secretary James Mattis: Sir, I understand the urgency. I understand it is my responsibility. We are not winning in Afghanistan right now, and we will correct this as soon as possible.

As the hearing continued, senators continued to bring up the issue of Afghanistan. Sen. Joe Donnelly asked whether Afghanistan was in “better shape” than it was “last year at this time?”

Gen. Joseph Dunford: I do not assess that we are in better shape than we were last year, Senator.

Secretary Mattis: I think Taliban had a good year last year, and they are trying to have a good one this year, sir. … I believe that the enemy is surging right now.

It’s hard not to pity Secretary Mattis’s position. He is surely a brilliant leader and general. His nickname, “Mad Dog” Mattis, was coined after he led troops in the Gulf War of 1991. His aphorisms on military matters are the kind you find on inspirational quote cards. And in the past hearing, he referenced Dr. Henry Kissinger when he said that “the surest way to prevent war is to be prepared to win one.”

Despite this, Secretary Mattis and America are in an impossible position.

Afghanistan now faces a far deeper crisis than many seem to understand. Warlords and politicians—including cabinet members—are calling for the resignation of President Ashraf Ghani and his security ministers, accusing them of incompetence, arrogance, and stirring up ethnic hatred. There are as many as 10 public demonstrations a day in the streets of Kabul, carried out by young people and by relatives of those killed in recent bomb attacks.

Many officials and teachers have been unpaid for months. More and more are defecting to the political opposition, with even cabinet members demanding the president’s resignation and fresh elections. “Many Afghans now regard the government as illegimate, a regime that would not survive at all if it were not propped up by the U.S. and NATO,” reported the nyrb.

Violence is endemic. Over 170 died in terrorist attacks in the first few weeks of this month alone. “The Taliban have now launched ground offensives to take more territory and to capture the northern city of Kunduz, a city of almost 300,000 that they tried twice last year to seize,” wrote the nyrb. “If it falls now to the Taliban it would be the first major city they have reoccupied.”

The situation is so bad that some in the U.S. government, such as Steve Bannon, want America to simply cut its losses and walk away from the mess.

How can America, with all its military might, meet with such failure? As the Trumpet has been forecasting since its inception in 1990, America’s “strength will be spent in vain.” It was this phrase, found in Leviticus 26, along with another—“I will break the pride of your power”—that led Herbert W. Armstrong to forecast in 1961 that America had “won its last war!”

If you want to know why Mr. Armstrong made such a prediction—and how it was so accurate—you can read it in his book The United States and Britain in Prophecy.

With Afghanistan, you see a vivid example of strength spent in vain. The war is in its 17th year, and America’s military experts have admitted the strategy for the last eight years—“do not lose”—hasn’t worked. Secretary Mattis has a quote on failure: “I don’t lose any sleep at night over the potential for failure. I cannot even spell the word.”

While we should respect the man for his brilliance, he’ll soon have to admit losing sleep. America’s war in Afghanistan—like the other wars since Mr. Armstrong’s forecast—won’t end in victory.