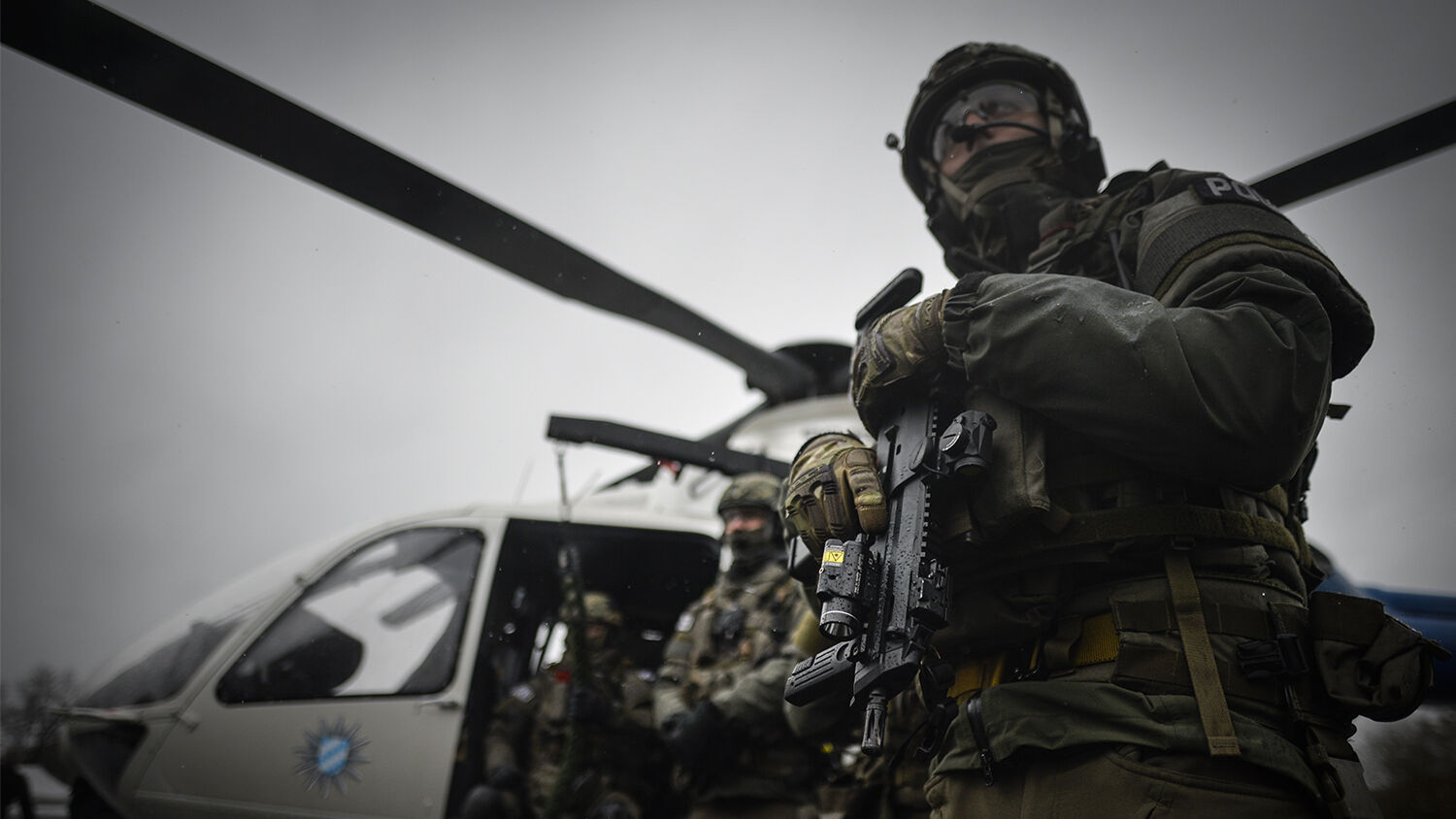 Members of the Bavarian police SWAT team are seen during a demonstration as part of the GETEX anti-terror exercises during a media event on March 9, 2017 in Murnau, Germany.
Getty Images

Thursday’s nato summit could be the death of the alliance as America all but forces Germany to become a military power once again.

Mr. Trump famously questioned nato’s effectiveness during his election campaign. But in April he said that nato was no longer obsolete. nato allies hoped this was the end of his verbal attacks on the alliance, but at the meeting on Thursday, he returned to his original stance. Foreign Policy reported:

In a speech at the opening of nato’s new headquarters, Trump slammed U.S. allies for not spending enough on defense before an uncomfortable-looking audience of fellow heads of state, and in between sparked awkward run-ins with other leaders that underscored strained U.S.-European relations since Trump took office.

In another crucial signal, Trump refused to explicitly reaffirm the value of nato’s Article 5 collective defense clause, the linchpin of nato’s unity and deterrence since the alliance’s foundation in 1949. That says that all nato members will come to the aid of any member that is attacked. Trump made those remarks in front of a memorial to the Sept. 11, 2001 attacks, when for the only time in history nato invoked Article 5 to help defend Trump’s hometown.

His refusal to explicitly endorse the principle may rattle U.S. allies who were already nervous that Washington won’t come to their defense in the event of an attack.

Every US President since Truman has pledged support for Article 5—that US will defend Europe. Not so Trump today at #NATO. Major mistake.

nato’s entire existence revolves around this self-defense clause—the commitment that an attack on one member is an attack on all. Mr. Trump’s refusal to back it led geopolitical analyst Peter Zeihan to declare, “For all intents and purposes, the North Atlantic Treaty Organization—the foundation for American security for the past seven decades—ceased existing on May 25, 2017.”

He also said, “I cannot emphasize enough that while the breach between the United States and the rest of nato is happening on the Trump administration’s watch, this is not a position that will change once Trump is gone.”

Donald Trump’s rejection of nato, he explains, is a natural continuation of the policies of Barack Obama and even George W. Bush. “This is policy,” he wrote. “This is bipartisan. This is done.”

This shift has huge implications for Germany. Zeihan wrote:

There is zero hope for Poland without tens of thousands of German troops fighting on Polish soil. Considering that currently Germany doesn’t have tens of thousands of deployable troops, and even if they did, historically German troops haven’t tended to leave Poland after being there, and Warsaw-Berlin relations are about to become dizzyingly complicated. Every time the Germans have armed, the result has been a broad-spectrum European war. It is far too soon to call that inevitable, but unless the Germans prove comfortable with Russian troops within a couple hundred miles of Berlin, the era of German pacifism is nearly over.

Mr. Trump’s biggest demand is for all nato members to spend 2 percent of their economy on defense. All nato members have committed to doing this. But if they follow through, it means that Germany, Europe’s largest economy, would also become Europe’s preeminent military power.

Politico reports that Mr. Trump’s officials are well aware of this. “White House aides say he is looking in particular to Germany, already bristling at his demands, to take on a leadership role,” it wrote. It quoted an anonymous official saying, “It’s not as if Germany can claim they don’t have the resources. It’s a rich country. He wants it to be a leader” (emphasis added).

However, as Politico pointed out:

Any calling out of Germany by Trump would not only risk offending [German Chancellor Angela] Merkel, who is widely regarded as Europe’s preeminent leader; it would also fail to grasp potential misgivings in other European capitals over a heavily militarized Germany.

“Any quick major muscle movement by Germany has repercussions across the Continent and awakens old ghosts,” a senior nato official said. “And the Germans are very conscious of it. They know the effects.”

It is easy to sympathize with Mr. Trump’s criticism of nato. It is true that the U.S. has paid a lot of money to defend Europe. The current alliance has significant flaws. But Mr. Trump’s solution is to push Germany to become a major military power.

That is dangerous. German writer and journalist Niklas Frank said as much as he visited our UK office earlier in the week.

The number of experts warning against militarizing Germany is growing. For more on why this is a dangerous trend, read our article “How America’s Friendship With Germany Will End.”