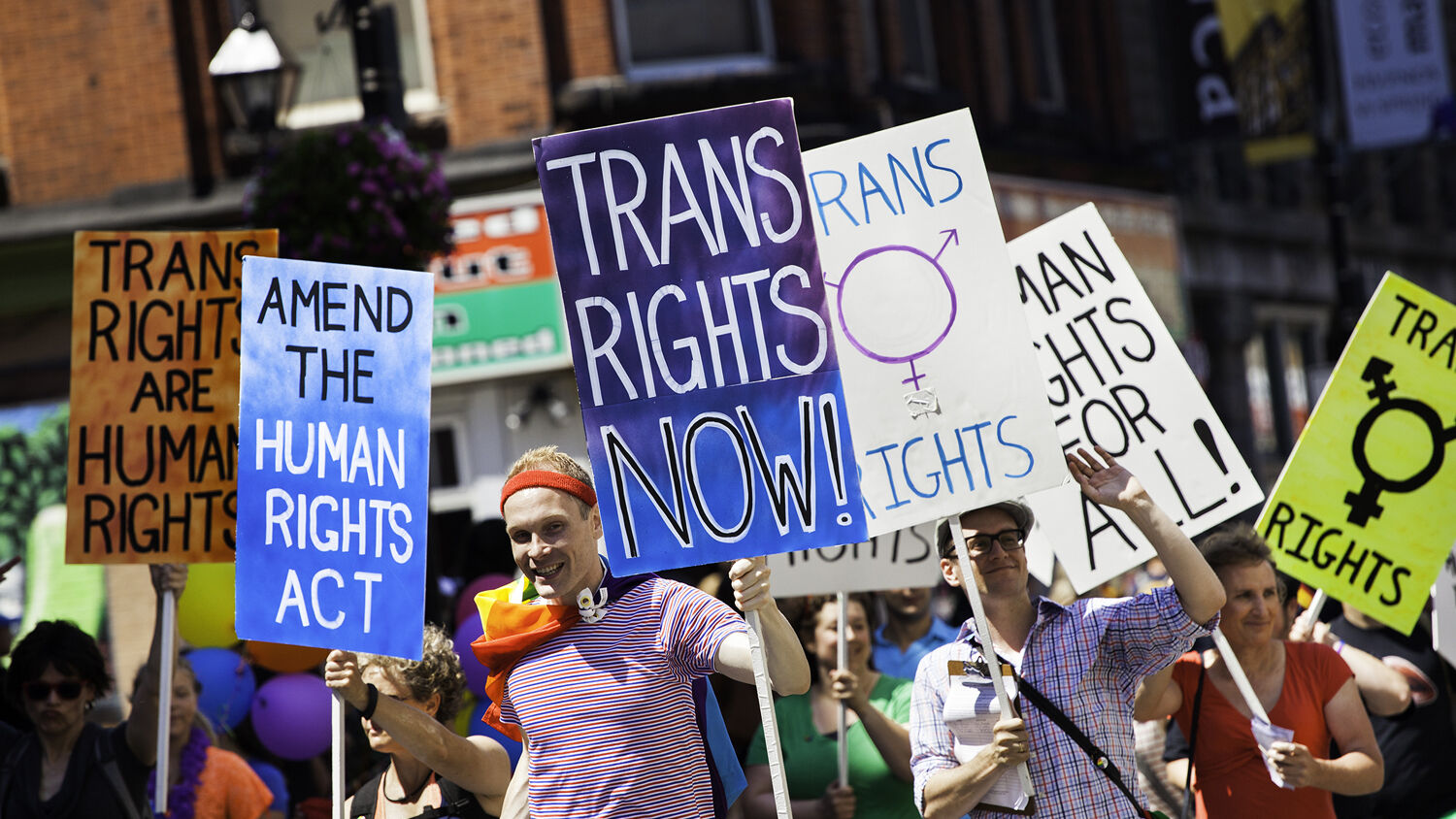 And familiarize them with the new toilets

If British school teachers find out a student of theirs wants to change his or her sex, they’ve been told to make sure they send them an “upbeat” message. Give them a cake, was the suggestion at the Association of Teachers and Lecturers conference on April 11.

“It doesn’t have to be cake; it’s just making it an upbeat, ‘we’re absolutely behind you and with you’ message immediately, so that it doesn’t get downbeat,” said Terry Reed, a campaigner for transsexual rights.

But even if students don’t get their cake, they’ll get an “education” in same-sex couples as part of their mandatory relationships curriculum that begins in 2019. What is the age at which children should begin learning about same-sex relationships? Two years old, according to the recommendation of the National Union of Teachers.

Teachers were told that although opinions have shifted and a “huge” surge of “transgender” and “non-binary” students are coming forward, there was still a “lack of policies which promote lgbt+ within schools.”

To those who haven’t kept up, “non-binary” can mean any of the following: identifying with both genders, between both genders, no gender, varying between genders (“fluid”), only a partial gender, or a culturally specific gender. Check back in six months, because there may have been more added.

Pushbacks to these radical changes have been ineffective. While Annette Pryce of the National Union of Teachers complained about a “right-wing, religious lobby” preventing a more “inclusive” agenda for sex education, the mere discussion has begun to normalize the issues. “At least in the beginning, we are seeking public desensitization and nothing more,” wrote Marshall Kirk and Erastes Pill 30 years ago in The Overhauling of Straight America.

As Trumpet managing editor Joel Hilliker documented in Redefining Family, the strategy outlined by Kirk and Pill was to win the battle by making the abnormal familiar. Some of their specific suggestions, now being mimicked by British school curricula, were to:

Using an all-too-familiar straw man, Pryce went on to tell the conference, “Generations of young lgbt+ people who have been failed by the system are still not told explicitly in the law that their lives are important too.” Victims—check. Need of protection—check. Civil rights terminology—check.

Even the Church of England (despite the recent heated debates) is throwing its weight behind the issue: Archbishop of Canterbury Justin Welby has said that children need to be taught to “revere” and “honor” lgbt people.

A powerful tactic, indeed, especially since, once the children are fine with it all, there’s only the “worrying” parents to convince. Here’s the Telegraph reporting on some more of Ms. Reed’s advice:

“If there are still boys’ and girls’ toilets and she’s going to be using the girls’ toilets, it’s quite helpful just to familiarize her before that actually happens,” she said.

“Take her in when there’s nobody else there and let her look around so that she feels familiar with the surrounding.” Ms Reed said the parents of other children are far more likely to cause difficulties than the pupils themselves.

“If other parents are going to be told, this is a much trickier issue—parents are always the worry aren’t they? The kids are OK.”

Parents should be worried. It’s their toddlers who will be taught what the school curriculum demands, with their tax dollars, with ideas so new they don’t even recognize the terminology. “Are the educators and politicians who are using public money to promote pro-homosexual [or in this case, transgender] curricula sure they are acting in the best interests of the people they serve?” Joel Hilliker asks in Redefining Family. (This booklet is a must-read with society’s ideas changing so rapidly.) “Have you made up your mind?” he asks. “Are you sure you are right?”

Can you afford to “decide on this subject with hazy opinions and assumptions?” British children now won’t have the choice on what they’re educated. But you still do.