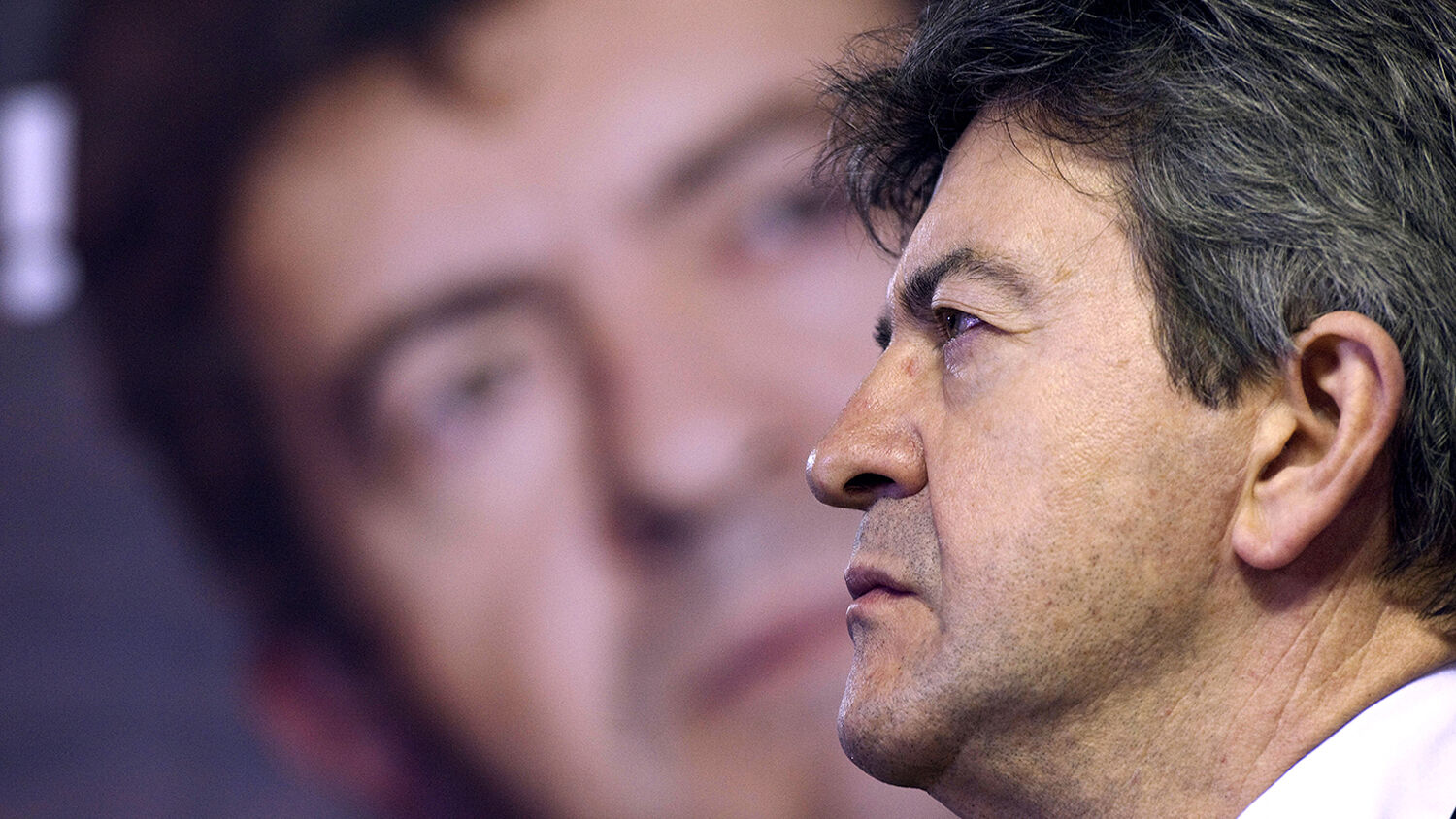 France’s most popular politician believes the ‘German Empire is back’—and that it must be confronted.

France now has two leading presidential candidates that view the European Union as a German empire and want it destroyed. Between them, they have the support of over 40 percent of the voters.

The far right’s Marine Le Pen is tied with the moderate Emmanuel Macron for first place, holding 24 percent of the vote, according to an Ipsos poll. But speeding into third place with 18.5 percent is the far-left Jean-Luc Mélenchon.

With the first round of the election scheduled for April 23, Mélenchon received a major boost after a strong debate performance on April 4. Another poll found Mélenchon was France’s most popular politician, with 68 percent saying they had a favorable opinion of him.

There’s now the real possibility that France’s election could end in a runoff between the far left and the far right.

Mélenchon’s economic policies—a salary cap at €400,000, a 32-hour workweek, and lowering the retirement age to 60—would devastate France’s already rather socialist economy. But his views on Europe are most explosive.

Just two years ago, he published a book titled Bismarck’s Herring, in which he warns that the “German empire is back.”

“My goal is to pierce the armor of bliss of so many commentators fascinated by Germany,” he writes. “She has become a danger to her neighbors and partners. I denounce her arrogance and so-called ‘model,’ imposed for her profit alone. A monster is born across the Rhine.”

He wants to confront Germany with an ultimatum, demanding that they have the European Central Bank print €100 billion and hand it over to France. If Germany refuses, as it almost certainly would, Mélenchon says he’ll order the Banque de France to print euros—which would put France very quickly on the road to Frexit.

Marine Le Pen also has an exit from the euro as a key promise in her platform and also plans to print money.

This means that over 40 percent of France now supports euroskeptic leaders.

The French election is too close to call. One third of those who say they will vote also say they haven’t yet picked a candidate. With four different candidates all polling between 18 and 24 percent, any one of them could emerge a winner.

It goes without saying that if the victor is either Mélenchon or Le Pen, it would send the eurozone into meltdown.

But even if they lose, how long will the euro last when opponents to the common currency have a near majority in its second-largest and most important economy? The euro may survive this election, but that means a major crisis is brewing. As the Telegraph’s Ambrose Evans-Pritchard warned:

The left is now euroskeptic in two of the three big eurozone states. The EU project faces assault from both sides of the ideological divide at once. The safety margins of the centrist pro-EU establishment look vanishingly thin.

Macron, the candidate generally regarded as the most likely victor, has no support for his pro-European policies in the French Parliament. Neither Le Pen nor Mélenchon would have parliamentary support for their radical departure from the eurozone. So deadlock seems likely no matter who wins.

A victory for Macron or François Fillon, the other mainstream contender, could see a return to business as usual—or even closer cooperation—with Germany. But with so many Frenchmen wanting out of the euro, how long would this last?

These opinions in France are yet another sign that the eurozone cannot last in its current form. With even France—Germany’s deputy—turning against the project, the status quo cannot last.

Faced with an existential crisis, the EU could begin to disintegrate in the 2020s, but at the point of maximum danger a hard core of countries could trigger a big bang towards much deeper integration.

The old maxim that, whatever the problem, the solution is more Europe could ultimately come of age. Out of the ashes of disintegration could rise the phoenix of the United States of Europe (U.S.E.).

France could trigger a crisis even earlier, if one of the extremists win the election. Look how Germany reacted when Greece tried to hold the eurozone to ransom. If anything, it forced Germany to expand its power—or at least to display the power it had already accumulated more nakedly. If France tried the same thing, it would force an even more extreme response from Germany.

City A.M.’s analysis matches the forecast that the Trumpet has made since the euro crisis began in 2008. Trumpet editor in chief Gerald Flurry wrote at the time:

The crisis in Greece is a forerunner of a whole rash of similar crises set to soon break out across Europe. They will provide the catalyst for the EU’s leading nation, Germany, to rise to the fore with solutions of its own making. Biblical prophecy declares that the result will be a European superstate with Germany at the helm. And that is not good news for America, Britain and the little nation called Israel.

Since then, we’ve seen the rash of similar crises. They have propelled Germany to the fore, with magazines such as Der Spiegel talking about a “Fourth Reich” and a new “empire.”

But that solution is not yet fully implemented. The superstate is not yet fully formed. Yet crisis seems inevitable now at some point in France and Italy—countries right at the heart of the eurozone. But as Europe convulses with these crises, watch for the rise of a “United States of Europe.”