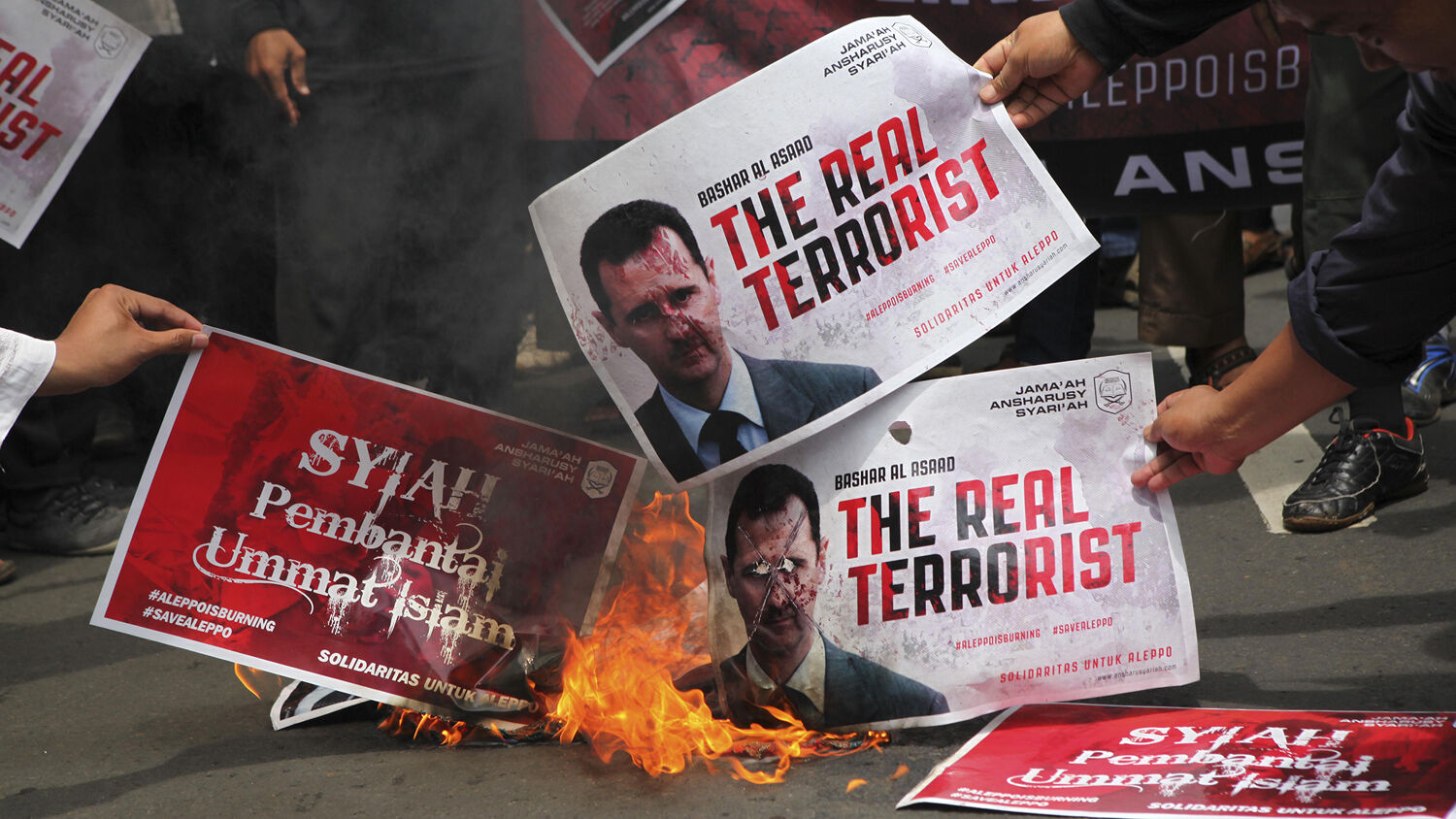 After the dust settles, watch for the prophesied break between Syria and Iran.

America’s failures in the Middle East were on full display this week.

In 2013, former United States President Barack Obama accepted a deal with Russia’s Vladimir Putin that was supposed to remove Syria’s chemical weapons. Just last summer, Mr. Obama praised the way he dealt with these deadly weapons, saying that “because we seized a diplomatic option, backed by our threat of force, nations came together and we accomplished far more than military strikes ever could have—all of Syria’s declared chemical weapons were successfully removed.”

On Tuesday, the truth was exposed. About 80 people were killed in a chemical weapons attack, including more than 20 children. Syrian President Bashar Assad almost certainly used sarin nerve agent against his own people. Children still in nappies died vomiting, urinating and foaming at the mouth.

Back in 2013, after Mr. Obama allowed Russia into Syria and made his deal with Putin, Trumpet editor in chief Gerald Flurry pointed out the utter folly of allowing Putin to present himself as “the great peacemaker of our time”:

This man has done more to keep Bashar Assad in power in Syria than any other leader in the world. Russian weapons have probably been the main factor preserving Assad’s rule! Putin’s backing of the Syrian regime is a major reason Assad has been so willing to slaughter his opposition by the tens of thousands. In addition, Putin wants to restrict America’s power in the Middle East—and everywhere else—and to strengthen his own. …

What a farce! This is the man who invaded Georgia just five years ago (without UN permission). The man who has ordered the elimination of tens of thousands of Chechens. The man who has openly supported Iran despite its sponsoring terrorism. He used to be an officer of the Soviet secret police. He is a great admirer of Stalin—who killed more of his own people than Adolf Hitler did! …

Now Putin is conducting the peace process of all things! The Obama administration is trusting this man to put Assad’s weapons of mass destruction under international control and to guarantee Assad can no longer terrorize his people.

Charles Krauthammer called this the worst failure ever in U.S. foreign policy. Commentary magazine labeled President Obama’s flip-flopping on Syria a “debacle,” and said it showed “staggering incompetence” by the White House.

The whole spectacle was an embarrassment for the United States on a massive scale. But very few of our people see the deadly consequences.

Already some of those “deadly consequences” are crystal clear. “This passes for a ‘solution’ in this mad, mad world,” wrote Mr. Flurry. “Even a child can see the folly! But grown men are making these decisions. How can we be so naive?”

And remember, the same people who were behind this disastrous deal in Syria were the ones who negotiated a deal with Iran. The same people who claimed they removed the chemical weapons from Syria, claim to have stopped Iran from getting a nuclear bomb.

Sadly, we live in a world where stories about these kinds of horrific attacks are so common it is easy to tune them out. However, this same gas attack could tie into a vital prophecy the Trumpet has been watching for 20 years. Last night, the U.S. fired around 60 Tomahawk missiles from ships in the eastern Mediterranean, hitting a Syrian air base just south of Homs.

The U.S. believes Assad used this same air base to launch his gas attacks. This is America’s first direct assault on Assad’s forces in the six-year history of the Syrian civil war—and it could mark a turning point in the conflict. U.S. officials said the strike was intended to be a one-off. Whether or not there are further attacks will depend on how Assad responds.

Nevertheless, the attack is “a big shift” for America in Syria, as U.S. national security adviser Lt. Gen. H. R. McMaster put it. Secretary of State Rex Tillerson suggested that the U.S. is considering removing Assad from power. Mr. Trump, in his speech announcing the attack, called for the “civilized nations” to join America “in seeking to end this slaughter and bloodshed in Syria.”

Europe is already on board with Mr. Trump’s actions. “The response from our allies in Europe as well as in the region in the Middle East has been overwhelmingly supportive,” said Tillerson yesterday. German Chancellor Angela Merkel signed a joint statement with French President François Hollande declaring that “Assad bears the only responsibility for this development” and warning that Assad’s gas attack “cannot remain unpunished.”

As Brent Nagtagaal wrote yesterday, Assad’s use of chemical weapons puts him in a “tenuous position.”

“[W]atch for the U.S. government to assemble a possible ‘coalition of the willing’ in order to further isolate the Assad regime in Syria,” he wrote. “So far, Russia has stayed in lockstep with Assad, but this could change with the right leverage and concessions. Also, look for Europe to potentially become more vocal and affirm President Trump’s stand on Syria.”

European leaders are already supporting Mr. Trump’s strikes, and Mr. Trump has already raised the prospect of some kind of coalition of “civilized nations.”

Here’s something to watch for: Assad’s regime in Syria is firmly aligned with Iran, but a prophecy in Psalm 83 shows that this Iran-Syria alliance will collapse. Even though Iran is rising to dominate the region, Syria will actually join a group of Arab nations aligned with Europe. In 2012, Mr. Flurry wrote:

Right now, Bashar Assad’s Syria is closely allied with Iran—but this prophecy shows that these two nations are about to split. This will have a domino effect on other nations. These events will really shake this world and dramatically alter the course of history!

Yesterday’s missile strikes could lead directly to the fulfillment of this prophecy. Either way, this prophecy is sure, and it is a vital stepping-stone on the road to the return of Jesus Christ and the end of these kinds of tragic news stories forever. “That is where today’s events in Syria are ultimately heading,” wrote Mr. Flurry. “So make sure you watch Syria, and make sure you watch Bible prophecy!”