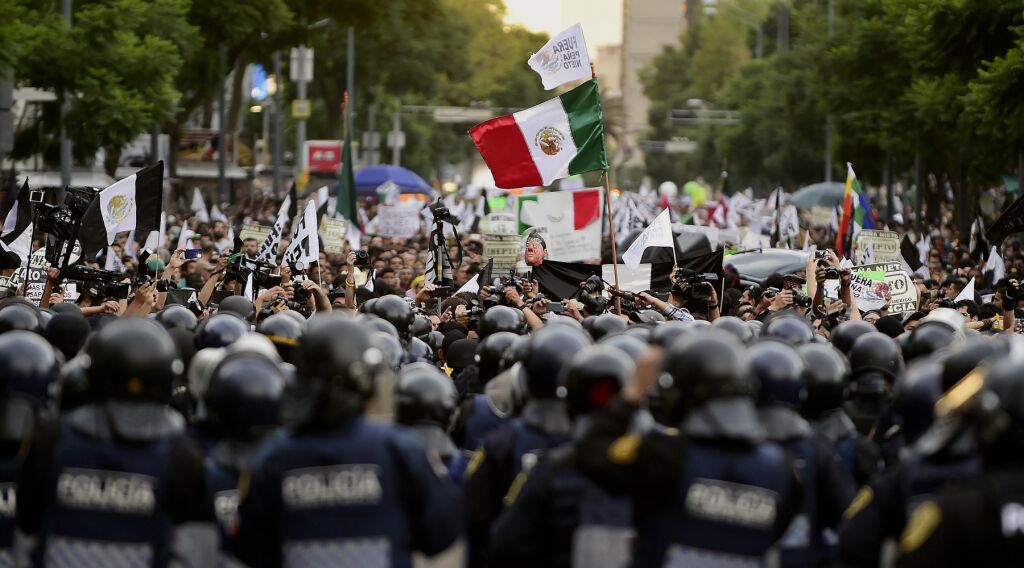 America’s influence in Latin America is decreasing, while the influence of other world powers in the region is growing. If it continues, this trend could destroy America.

Dominance of the Caribbean basin is integral to America’s safety and essential to its ability to project power globally. If a rival power were able to establish a significant presence in the Caribbean, it could threaten the American heartland. The Caribbean is also key to United States’ trade. The majority of all U.S. waterborne foreign trade travels to or from U.S. ports on the Gulf of Mexico. When you include goods traveling through the region from other ports, no other part of the world is more essential to America’s trade.

This is why more Americans ought to be concerned that foreign powers are rapidly moving into the Caribbean, as well into South America itself.

Former President Barack Obama practically invited these powers into the hemisphere, as his administration declared that it had ended the Monroe Doctrine. This pillar of American foreign policy sought to keep foreign powers well away from the American mainland. Yet in 2013, Secretary of State John Kerry announced that the “era of the Monroe Doctrine is over.”

Since then, a string of left-wing and radical-left governments in the region have fallen and been replaced by governments more open to global trade.

Finally, U.S. President Donald Trump’s promises to upend America’s trade with the world are pushing the nations of South and Central America into the eager arms of foreign powers.

“With a barrage of insults and threats, President Trump has begun the process of turning Mexico against us,” wrote Stephen Kinzer in the Boston Globe (February 17). “This could bring the United States something it has never had: an unfriendly country on our border.” While Kinzer appears to have some anti-Trump bias, his general point stands: Mexico is, in fact, in the process of turning anti-American.

The current president, Peña Nieto, is considered too pro-American by Mexican voters, and his approval rating dropped from 24 percent in December to 12 percent by mid-January. Instead, voters want someone radical. Andrés Manuel López Obrador is the rising star, with his far-left rhetoric and promises to stand up to the United States. “Imagine a version of the late President Hugo Chávez of Venezuela, the most outspoken anti-U.S. leader to emerge from Latin America in this century, on our southern border,” wrote Kinzer. This appears to be where Mexico is heading. If López becomes president, he could invite foreign powers right onto America’s doorstep the way Chávez did in Venezuela.

Yet it would not take a new president for Mexico to form closer trade relations with foreign powers. The nation is alarmed by Mr. Trump’s anti-trade rhetoric, promises of tariffs, and his opposition to U.S. companies moving south of the border, and thus is already trying to reduce its dependence on the U.S. To do this, it is reaching out to the South American trade bloc mercosur, as well as to Europe and China.

On February 1, Mexican and European officials agreed to work on modernizing an existing free-trade pact. Negotiations on this pact, worth $57 billion in 2015, are being sped up. Meanwhile, Agence France-Presse reported on February 3, “China appears as an attractive alternative, with its massive market of 1.37 billion people.” President Nieto has visited China several times. The two nations signed a strategic partnership in 2013. It won’t be easy for Mexico to reduce its trade dependence on its northern neighbor, but it is certainly making an effort.

Europe is also looking for alternative trade partners, eager to take advantage of the opportunity to move into the region.

“[M]any countries are now turning to us because they believe protectionism is not the right answer,” European Commissioner Cecilia Malmstrom told Handelsblatt. “We are already negotiating with almost all of them, or preparing conversations.” Since Mr. Trump’s election, the EU has sped up talks with Mexico and mercosur, she said, along with Japan.

China is ready to move in as well. “China Eyes Latin America in Ashes of Monroe Doctrine” reported the Latin American business magazine America Economia. “First with Obama and now with Trump, the U.S. is making space for a second imperialist power on the American continent, China” (February 17).

Several countries in Latin America were to be part of the Trans-Pacific Partnership (tpp) trade deal, which Mr. Trump withdrew America from, leaving these nations searching for another partner.

America Economia noted that Chile’s foreign minister, Heraldo Muñoz, has already said that in the wake of the tpp’s demise, they must look to China and South Korea. “Latin America is experiencing (perhaps without understanding it) China’s advance in what is still considered the U.S. ‘backyard,’” it wrote. China has already set up the China Construction Bank in Latin America to encourage trade in Chinese currency and is working to sell arms to the region.

In 1942, geopolitical thinker Nicholas Spykman warned of the importance of careful diplomacy in this region. No power in the great Caribbean basin could, by itself, challenge the U.S. The danger comes from outside powers moving in. “Only a very skillful diplomacy and a very thick velvet glove will be able to make the reality of the power relationship tolerable to our good neighbors,” he warned. That does not describe America right now—and the nations of this region are running to foreign powers in response to America’s recent and current diplomacy.

From Napoleon to Kaiser Wilhelm to the Soviet Union, whenever a foreign power has had designs to attack America, it has always sought to use the Caribbean as a launching pad.

Further south, South America is still important for American security, but not so immediately crucial as the Caribbean. This region is separated enough from the United States to make it harder for the U.S. to project power there, yet it is still near enough that it could pose a threat if used by an Asian or European power.

Musing on Spykman’s warnings, bestselling author Robert Kaplan writes that “already one can see that the more united Europe becomes, the greater its tensions with the United States. A true European superstate with armed forces and a single foreign policy at its command would be both a staunch competitor of the U.S., and possibly the dominant outside power in the equidistant zone of southern South America” (The Revenge of Geography).

Europe has deep trade and cultural links with the region. As Europe unites, it will look to project great influence here. We can expect China to also grow its presence in this region.

The May 1962 Plain Truth warned that “the United States is going to be left out in the cold as two gigantic trade blocs, Europe and Latin America, mesh together and begin calling the shots in world commerce.”

Dozens of biblical prophecies promise blessings to Israel for obedience to God’s laws and warn of curses for disobedience. These apply most of all to the end-time descendants of the ancient nation of Israel, of whom the United States is chief. (To learn more about this incredible history, request your free copy of The United States and Britain in Prophecy, by Herbert W. Armstrong.)

One specific prophecy of these curses is found in Deuteronomy 28. Among the punishments upon modern-day America that this chapter lists for rebellion against God, verse 52 warns that foreign nations “shall besiege thee in all thy gates, until thy high and fenced walls come down, wherein thou trustedst, throughout all thy land: and he shall besiege thee in all thy gates throughout all thy land, which the Lord thy God hath given thee.”

These “gates” include the vital sea-lanes by which America trades with other nations and imports goods that its people rely on every day. This is a specific prophecy that these sea-lanes will be cut off by foreign powers!

That scenario simply couldn’t happen without Latin America: It will entail an enemy or alliance of enemies closing the Panama Canal to American traffic and gaining naval and aerial superiority in the Caribbean.

Europe and China are right now working on a “mart of nations”—an anti-American trade alliance. Already it is clear that Latin America will become part of that trade alliance. This makes it a huge threat to the United States.

For more on the vital importance of this region, read Trumpet editor in chief Gerald Flurry’s article “The Deadly Dangerous U.S.-Cuba Deal” (theTrumpet.com/go/12381).