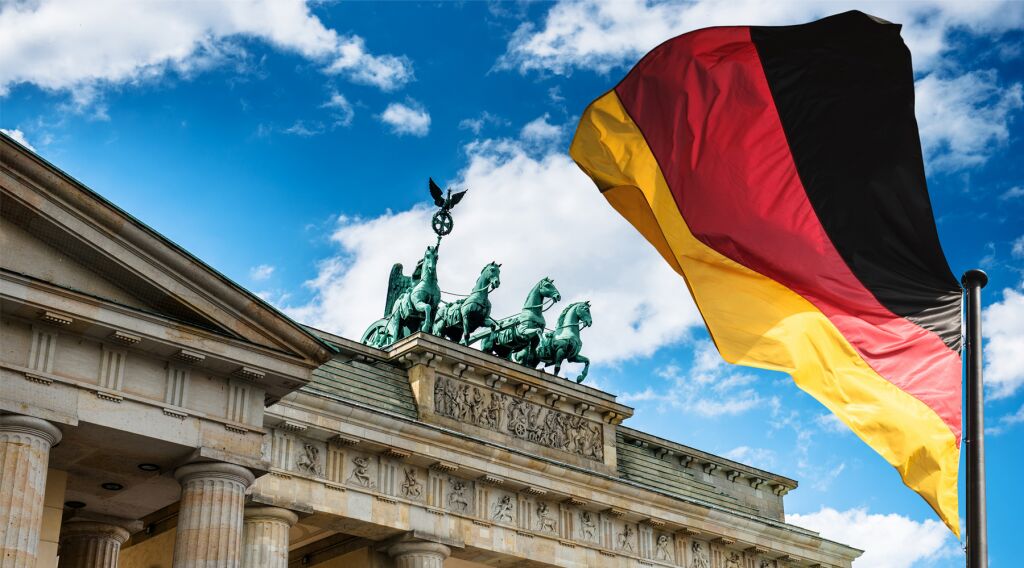 In a world of uncertainty and crisis, Germany needs a lot of things: A strong leader. A stronger military. Stronger borders. A stable eurozone economy. But there is something else German’s are crying out for: an identity.

In “Germany’s Taboos, Once a Bulwark Against the Far Right, May Now Be Enabling It,” the New York Times wrote:

Since World War ii, trying to define the German national identity, much less celebrate it, has been taboo. Doing so was seen as a possible step toward the kind of nationalism that once enabled the Nazi regime. Flags were frowned upon, as was standing for the national anthem.But spurred by a sense of lost control over the country’s borders, economy and politics, many Germans are reaching for a shared identity but finding only an empty space.

The Trumpet warned about this empty space in 2014 (“Germany’s Identity Crisis”). Brad Macdonald wrote, “Significant changes on the world scene—the Islamic State, Russia’s aggression against Ukraine, Libya, America’s contraction, Europe’s debt crisis, etc, etc—are forcing German leaders and people to reevaluate some fundamental questions: Who is Germany? What is Germany’s role in Europe? What is Germany’s role in the world in the 21st century?”

Until recently, Germany’s postwar identity had been all about pacifism, an absence of military power, and multilateralism, Macdonald explained. But in today’s world, that is no longer a viable option. So what, then, remains of Germany’s identity? “Germany is experiencing an identity crisis,” he concluded. “The Germans are being forced to realize that meekness and passivity are ill advised and dangerous in a world that is increasingly unstable, violent and falling into anarchy.”

“We need to keep an eye on Germany as it comes through this identity crisis,” he wrote. “It is producing a new German nation: a nation far more active and aggressive than what we are accustomed to seeing; a nation that is an aggressive political and military powerhouse.”

The New York Times warned that only the new upstart Alternative fur Deutschland party (AfD) is willing to talk about German identity:

Only the AfD, whose populism puts it far outside of mainstream political norms, is openly promising to fulfill a desire for patriotism that would be routine in most other countries. The result is that a social and political norm intended to stifle the far right is now empowering it. That focus on identity has allowed the AfD, even if it is unlikely to win enough votes to govern, to shape the national conversation to its advantage, and to present itself as the champion of ordinary Germans.The influx of refugees into the country in recent years has caused particular stress, Professor Ben-Ghiat said. “In Germany, you’re not even allowed to say you’re proud to be German. You have to say you’re European,” she said. “So when these people come in, what are they left with?”When people feel a loss of control, they seek a stronger connection to a group identity, and also become more interested in making their group more powerful, Professor Fritsche said he had found in his research. Germany’s traditional political parties have been reluctant to indulge that desire because of political taboos. But the AfD has proved adept at exploiting it.

This is a big reason for the meteoric rise of the AfD. In September 2013, German newspapers were full of warnings that Germany’s national elections could upend its political system. The reason: A brand new upstart party could win 5 percent in the German elections and gain a voice in the German parliament. “Euroskeptic Party Alternative für Deutschland Strikes Fear in Rest” was the headline in the Times.

Since then the AfD has gone from strength to strength:

Few states held elections in 2015, so it was hard to measure the AfD’s progress. However, the immigration crisis hit Germany hard that year, and the AfD was the party that was willing to talk about immigration and identity when the mainstream parties wouldn’t touch either. “The refugee crisis is precipitating a transformative identity crisis in Europe,” Brad Macdonald wrote in “Europe’s Old Demons Return.” “[T]here is another important angle to this crisis that hasn’t received nearly enough consideration. This is the impact the refugee crisis is having and will increasingly have on Europe. … Europe is experiencing a transformative identity crisis.”

The election results since that article was written at the end of 2015 speak for themselves:

“In Berlin at least, the German political system has shattered,” observed George Friedman of Geopolitical Futures following the Berlin election. “If the Berlin results are replicated on a national level, Germany is going to become ungovernable. … [T]his result, taken at face value, indicates that the European foundation, Germany, is moving toward a major political crisis that will resonate” (Sept. 20, 2016; emphasis added throughout).

Now the AfD seems to be going further and further in appealing to Germany’s lost identity. The New York Times continued:

That strategy was on full display the night of January 17 at a beer hall in Dresden, ground zero for Germany’s far-right movement. Hundreds of AfD supporters had gathered for a speech by Björn Höcke, one of the party’s fastest-rising figures. … [W]hat he said went far beyond the norms of German politics.Germans are “the only people in the world to plant a monument of shame in the heart of its capital,” he said, a thinly veiled reference to the Holocaust memorial in Berlin. Germans had “the mentality of a totally vanquished people,” he argued, but it was time for the country to re-embrace its history and develop a positive relationship with its identity.The crowd’s applause shook the floors, a noisy manifestation of how thrilling transgression can feel in a rule-bound society.”The foundation of being able to move forward is identity,” Mr. Höcke later elaborated in an interview. …Mr. Höcke is an extreme figure within his own party, and his speech provoked a backlash from AfD’s national leadership. But his message demonstrates how the party has broadened its appeal: by telling Germans they should have a proud national identity, a message that in Germany could come only from the political fringes.

The article pointed out how this tactic by the AfD is pushing all of German politics further right—as other political parties try to mimic the AfD’s success:

Chancellor Angela Merkel opened her reelection bid in December by announcing a more populist agenda. She took a harder line on immigration and called for a ban on Islamic veils that cover the full face, saying they “do not belong to us” and should be “forbidden wherever that is legally possible.”And although she did not name the AfD directly, she expressly tried to reclaim the identity issue, saying that who “the people” are was something for all to decide, “not just a few, no matter how loud they are.”

German identity is becoming a central issue of German politics as the nation gears up for an election campaign. Continue to watch as Germans grapple with the question of who they are and what they stand for, as this debate leads to the return of a more traditional German identity. For more on where this is leading, read “Europe’s Old Demons Return.”