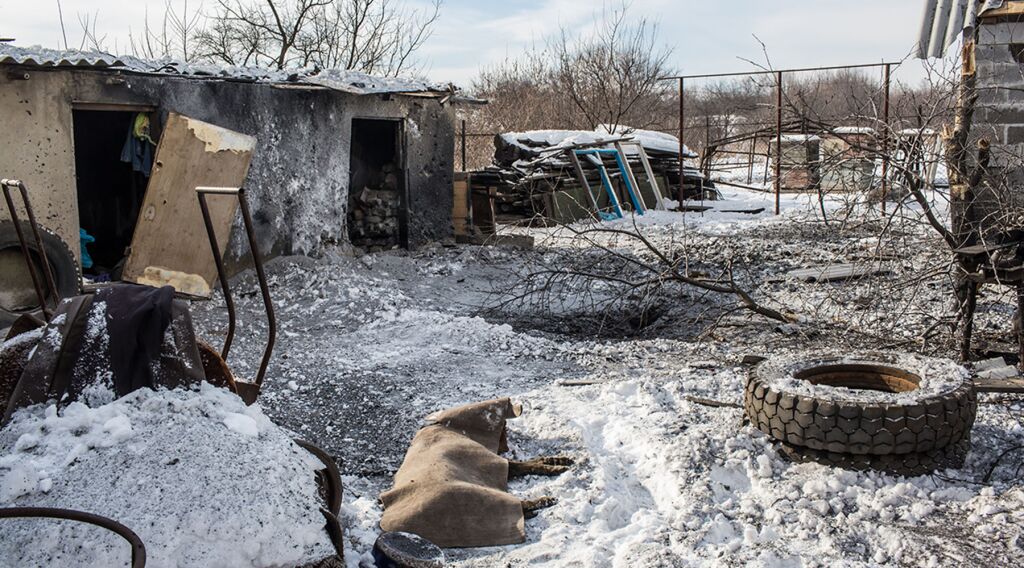 Where can Eastern Europe turn if America won’t protect it?

Lithuania is all but panicking. The tiny nation cannot hope to defend itself against Russia—and it worries that under United States President Donald Trump, America won’t defend it either.

Vijai Maheshwari wrote an article titled “In the Baltics, Waiting for History to Start Up Again” for Politico describing the growing climate of fear (emphasis added throughout):

Many Lithuanians are fearful U.S. President Donald Trump’s ambivalence toward nato could result in an attack by an emboldened Russia, and so they are making contingency plans for “worst-case” scenarios.Friends in bars described how they packed an extra suitcase and filled large containers of gasoline in case they had to flee the country at the last minute. Some even bought boats to escape via the Baltic Sea, as many did when the Red Army came through during World War ii. …For citizens of a prosperous European nation and an integral part of the transatlantic alliance, the statements struck me as extraordinary—and surreal. Lithuania is not Ukraine after all; and even in Ukraine’s capital Kiev, where I’ve been based for the past few years, these kinds of conversations would be beyond the pale.

The government is taking extreme measures to try and stay safe, putting the nation, literally, on war footing:

It has reintroduced mandatory military service, refurbished Soviet-era bomb shelters, and even distributed pamphlets with detailed instructions for dealing with an armed invasion. The handbook advises the population to look out for foreign spies and to turn collaborators over to the government.Meanwhile, voluntary paramilitary groups, like the Riflemen’s Union, have seen a sharp spike in membership since Russia’s actions in the Ukraine. It now boasts more than 10,000 members, including the mayor of Vilnius. The government, meanwhile, plans to relax firearm restrictions this year, under a new law that allows gun ownership for “defense of the country.””We’re not scaremongering, we’re just being vigilant,” explained Lithuanian Foreign Minister Linas Linkevičius during an interview with Politico in Vilnius. “After Russia’s aggression in Ukraine, we realized that we’re much more vulnerable than before.”

Lithuania has good reason to be scared. Russia’s threats have been growing continually. Maheshwari wrote:

Russian jets repeatedly violated Lithuanian airspace last year, and senior advisers to the president have had their accounts hacked. The country has also been spooked by Russia’s transfer of nuclear-capable Iskander missiles to its enclave of Kaliningrad, which shares a long border with Lithuania.

Such moves are all the more troubling because of the prospect that America will end its support. Mr. Trump, wrote Maheshwari, “has repeatedly called nato into question and praised Lithuania’s arch enemy, Russian President Vladimir Putin.”

Putin may already be taking advantage of Mr. Trump’s presidency to push farther into Europe—with Russian troops now on the march in Ukraine.

Over the weekend, Russian-backed forces unleashed a massive artillery attack against Ukraine. The Ukrainian military claimed that Russia was using “all the might of their arsenal along all front lines” between Donetsk and Mariupol. Monitors from the Organization for Security and Cooperation in Europe (osce) reported 2,260 violations of the ceasefire supposedly in place between the two forces.

The Russians are now fighting a ground assault the town of Avdiivka, near the front lines. The situation is constantly changing, but the Ukrainian government appears to be evacuating the town. Over 20,000 are without heat or water in the harsh Ukrainian winter. Temperatures in Avdiivka are as low as zero degrees Fahrenheit.

Newsweek titled its article on the subject “While Trump Fiddles, Putin Steps Up the War in Ukraine.”

“Ukrainian officials take seriously the possibility of a full-scale Russian invasion,” it warned.

The timing of the flare-up—coming so soon after Mr. Trump’s inauguration, and just days after the new president’s first official phone call with Vladimir Putin—is certainly interesting. Russia blames Ukraine for the violence, saying it is merely responding to Ukrainian attempts to gradually ease territory away from the pro-Russian forces. But even if that is true, the Russians still chose the timing of the attack.

“The Avdiivka attack certainly looks like the Kremlin’s first probe of the Trump administration,” wrote Times Record News—a subsidiary of USA Today. “Putin wants to know if he can continue to wage slow war while reviving his economy.”

The offensive could be a prelude to a much larger Russian advance, Noah Rothman warned in Commentary magazine in an article titled “Don’t Ignore the Fighting in Ukraine”:

The “frozen conflict” in east Ukraine is thawing out. … The often intense violence between Ukrainian troops and Russian-supported forces has, however, been met with stony silence from a distracted political class in the United States. It would be a grave mistake to ignore this slowly boiling conflict.Both Kiev and Moscow blame one another for the recent surge in fighting, but that is an immaterial concern for Americans who want to see Russian aggression contained. From the Middle East to the frontiers of nato, it isn’t Ukraine but Russia that has demonstrated a penchant for irredentism and expansionism. The West and the citizens of the United States should not overlook this war. It may be a prelude to something with more immediate repercussions for global peace and stability.

Rothman speculates that Putin may be testing the new president to see how committed he is to Europe’s defense. “If the Russian-backed offensive in Ukraine goes entirely ignored by Washington, Putin will have his answer,” he wrote. A lack of response could provoke much greater Russian action:

Moscow-backed separatists will get more aggressive, Russia will become more emboldened, and the next test may occur in a theater that Donald Trump cannot ignore. It may come from an incursion into Iraq at the invitation of Baghdad or the introduction of offensive intermediate-range nuclear missiles into the Russian enclave of Kaliningrad. It may come in the form of a cross-border incursion into a Baltic republic, and it wouldn’t be the first time something like that has happened. …The war in Europe is again hot, and we ignore it at our own peril. If this is a prelude to another provocation somewhere else, somewhere the United States is not at liberty to simply ignore, we will regret this missed opportunity.

It’s too early to say how Mr. Trump will respond. But European powers certainly see a Russia keen to push forward as soon as Putin thinks he may have an opportunity.

But what is Europe to do in the face of Russian aggression and with little support from the U.S.? We can see the answer already: It will turn to Germany. On February 1, Stratfor wrote:

Disheartened by the new U.S. administration’s stance on Russia, Ukrainian President Petro Poroshenko traveled to Germany on January 30 to meet with Chancellor Angela Merkel. Germany, as the European Union’s de facto leader, is an invaluable ally for Ukraine—all the more so now that the United States may be wavering in its commitment to Kiev. In a joint press conference with Poroshenko, Merkel reiterated her position that the European Union must keep its sanctions against Moscow in place until Russia has fully implemented the Minsk protocols.

Lithuania, too, is looking to Berlin. Germany is in the process of sending 200 vehicles and 450 troops. The first contingent arrived last week. It will be leading a battle group made up of over 1000 soldiers, supplied by Germany, the Netherlands, Belgium, Norway and Luxembourg.

But Germany cannot come close to providing the same support America does currently. The U.S. and Canada combined (the North American contingent of nato) now spend $679.5 billion on defense annually. European nato members don’t even manage half that: They spend only $238.8 billion.

With fear rising, it is becoming increasingly clear to Europeans that they need to make some big changes.

Former German Foreign Minister Joschka Fisher warned that “Germany and all other European countries must now do all they can to boost their contributions to collective security within the EU and nato.”

This, he makes clear, means more defense spending. “Thrift is undoubtedly a virtue; but other considerations should take priority when one’s house is on fire and about to collapse.”

Eastern Europe’s fear is leading to a major shift within Europe. Over the last decade or so, the region has vacillated between putting its trust in Germany or in the U.S. Now Mr. Trump is leaving it little choice—Germany looks like the only option.

“[B]oth Vladimir Putin and Donald Trump are goading Europe into becoming an independent military superpower capable of standing up to both Russia and America!” wrote Andrew Miiller in the latest issue of the Trumpet magazine (“Who Will Defend Eastern Europe?”).

The Trumpet has long warned that this fear of Russia would help unite Europe. Eastern Europe “greatly fears what Russia can and will do,” said Trumpet editor in chief Gerald Flurry shortly after Russia invaded Ukraine. The eastern and western legs of the united European power that the Trumpet has been warning about for decades “are really beginning to develop because of what’s happening in Crimea,” he said.

With the new president seemly supporting Russia, fear in Eastern Europe is only growing much faster. For more on where this fear is leading, read “Who Will Defend Eastern Europe?”