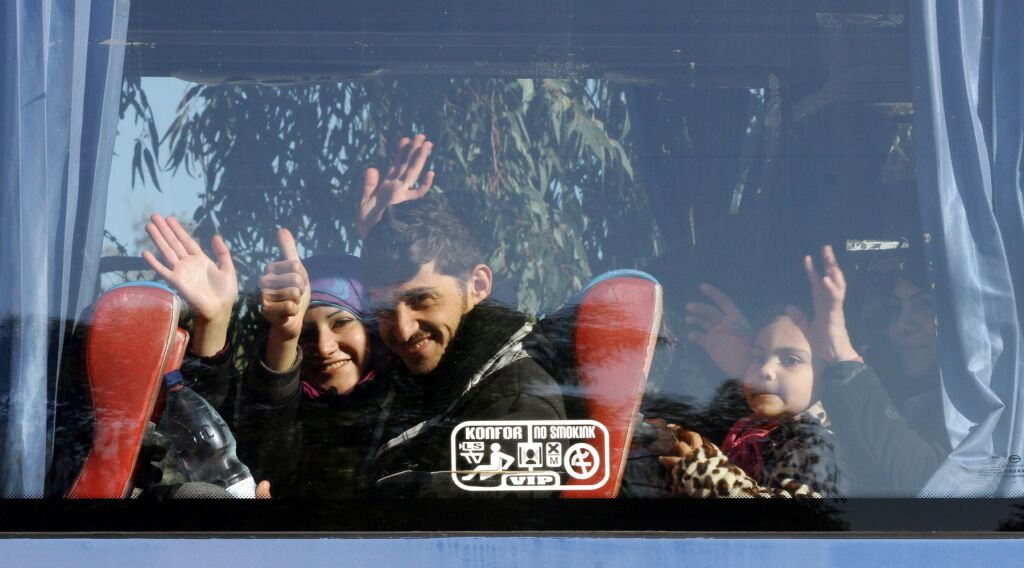 Populations are moving, and Iran is behind it.

As the Syrian civil war rages on, Iran has employed a new tactic to cement its control over Syria. Iran’s regime and the Syrian regime, both of which are Shiite Muslim, are attempting to empty parts of Syria. Syrian President Bashar Assad, a Shiite, has been relocating Sunni Muslims and replacing them with Shiites. This has been going on for some time, but the media only recently began reporting on this trend.

The latest example of this took place on Aug. 27, 2016, when Syrian forces under Assad compelled 8,000 Sunni residents of Daraya, a suburb of Damascus, to leave their homes. The residents had been under attack for four years, during what the Washington Institute calls Assad’s “war or surrender” campaign, which is taking place in Sunni-dominated areas around Damascus and Homs. The institute noted that Assad has been intensifying these attacks recently “in order to eliminate any Sunni presence around Damascus as soon as possible.”

Shortly after Daraya’s Sunni residents fled, families from Shiite-populated areas of southern Iraq were moved to Syria to repopulate the evacuated suburbs. The resettlement reportedly included 300 families, who were granted homes and $2,000 each, and a systematic torching of the land registry offices. This move was reportedly overseen by an Iraqi paramilitary force affiliated with Iran.

Iran has also been negotiating with anti-Assad forces. According to the Guardian, Iran is negotiating to swap the Shiite populations of two villages in rebel-controlled territory with the Sunni populations of two towns near Damascus. These plans may lead to population shifts designed to solidify Assad’s control and expel all Sunnis between Damascus and Homs.

Labib al-Nahas, the chief of foreign relations for a Sunni militant group, participated in the negotiations, which occurred in Turkey. “Iran was very ready to make a full swap between the north and south,” he said. “They wanted a geographical continuation into Lebanon. Full sectarian segregation is at the heart of the Iranian project in Syria. They are looking for geographical zones that they can fully dominate and influence.” Nahas went on to say, “This is not just altering the demographic balance. This is altering the balance of influence in all of these areas and across Syria itself. Whole communities will be vulnerable. War with Iran is becoming an identity war. They want a country in their likeness, serving their interests.”

Since Syria is composed of so many intermingling factions and sects, these literal moves make a lot of sense to Iran and Assad. Bringing in more Shiite Muslims enables Assad to consolidate his strength in the swaths of territory that he directly controls. Iran, Assad’s patron, also stands to benefit from such a rebalancing of the demographics. Strengthening Assad’s control over Syria means strengthening Iran’s Shia Crescent, a contiguous span of territory from Iran all the way to Lebanon. It needs this crescent to remain unbroken.

However, Bible prophecy forecasts a different future for Syria: Events will shortly come to pass that will move Syria away from Iran toward another world power. To understand what is ahead for this war-torn nation, be sure to read Trumpet editor in chief Gerald Flurry’s article “How the Syrian Crisis Will End.”