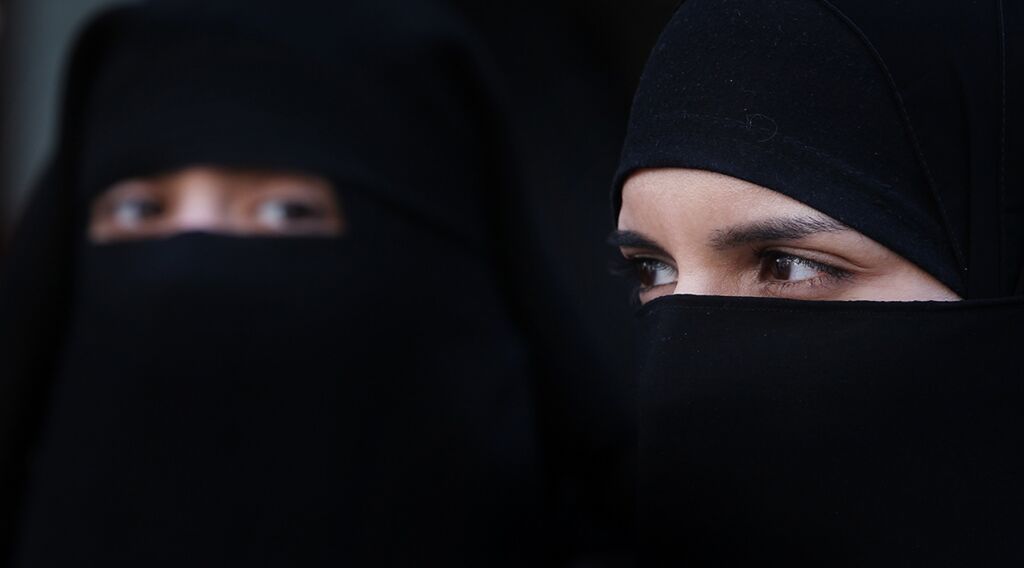 Germany plans to ban the burka. Will states turn a blind eye to anti-migrant violence.

German Chancellor Angela Merkel’s decision to open the door to thousands of immigrants has proven the most significant of her long chancellorship. Every bit as important is her repeated refusal to backtrack. The pragmatist who defined her chancellorship by following public opinion stood firm.

Or, rather, stood firmish. While she has not abandoned her position completely, she has certainly shuffled away from it. German attitudes to both Islam and immigration are hardening in a way that not even Ms. Merkel can resist.

On December 6, Ms. Tolerance herself declared that she wanted Germany to ban the burka, the Muslim full-face covering. “The full-face veil is not acceptable in our country,” she said at the Christian Democratic Union’s (cdu) convention, to great applause. “It should be banned wherever it is legally possible.” This would probably see it banned from schools, government buildings and when driving.

This is a revolutionary step—the moment Germany joins Europe’s cultural clash with Islam.

Until five years ago, with the exception of Yugoslavia, no country in Europe had a ban on the burka. The Netherlands has been talking about it for the last decade, but still has not managed to make it law. When France instituted a ban, it received international condemnation—not just from Muslims, but even from Amnesty International, a nongovernmental organization focused on human rights. The France police union complained that the law would be “extremely difficult … if not almost impossible” to enforce.

But the move was popular with the French, and the left has grown used to it. Now that Germany is heading toward a ban, the most remarked on aspect of the story is not that Europe’s leading nation is embracing something that was once seen as controversial and Islamophobic. Instead, the main discussion revolves around German politics.

Conservative critics say that this law is little more than a token gesture—that it does not go far enough in confronting the problems of radical Islam. That is true. But it is still a major step. Thus far Germany has fought the war on terror by focusing on individual terrorists—by raiding houses and cracking down on incitement to violence. For the first time, its target is a cultural symbol—this time a symbol of a more radical and repressive strain of Islam. Germany is starting to accept that it is involved in a clash with a religious movement, not just a few individuals.

During the same speech, Ms. Merkel did not quite admit that she was wrong to open Germany’s doors in 2015. But she did say it would never happen again. “A situation like the one in the late summer of 2015 cannot, should not, and must not be repeated,” she declared.

At the same time, her government is hardening its stance on migrants. Foreign Policy contributing editor James Traub wrote:

After spending several days in Dresden last month, what became clear to me is that Germany is trying very hard to get rid of many of the refugees to whom it opened its arms. After a change in policy by the Interior Ministry last spring, Syrians now receive only one year of asylum, which must be renewed, rather than the three years they routinely got before. During the same period, the Bundestag, Germany’s parliament, passed a law putting an end to “family reunification” for those who only receive these one-year grants. And Germany has increased the pace of deportations for those who do not receive any form of protection. …There have been more than 250 recorded incidents of violence against refugees in Dresden alone this year; many involve attacks on their housing. Ali Moradi, the managing director of the Refugee Council of Saxony, says in years past the state government simply turned a blind eye to racist and far-right activism, but now it sees the Nazis—a word that Germans apply broadly to violent far-right groups—as potential allies in its own campaign to persuade refugees that they are not welcome. The government has largely stood aside, Moradi says, as violent youths have terrorized refugees, especially in the state’s small towns and villages. At times, federal prosecutors have had to step in when local authorities failed to act in the face of attacks on immigrants.The combination of national legal changes, local restrictions, and growing public intolerance has convinced some of the refugees I met that they made a terrible mistake seeking asylum in Germany.

On October 2, the European Union signed an agreement with Afghanistan to send back Afghan migrants. Now, in general, Germany is deporting migrants that arrived from North Africa, Iraq and Afghanistan.

Of course, not everything has changed overnight. The federal government pays up to $750 for accommodations and living expenses per migrant. But this simply means that costs to the government continue to spiral.

It’s clear why Ms. Merkel is making these changes. While she can still command significant personal approval, many Germans disagree with her when it comes to immigrants and Islam. The strength of popular opinion is forcing her to change course.

During the same convention, Ms. Merkel’s own party voted against her, voting to repeal legalization she passed allowing German citizens to have dual citizenship. Previously, Germans with dual citizenship had to choose which citizenship they wished to keep once they turned 23. The change was mainly designed to allow young Turks who had grown up in Germany to retain both their German and Turkish citizenship. Now her party wants that reversed.

“[T]hey overruled Ms. Merkel on a central, symbolic question. The signal is clear. You can be German or Turkish,” wrote the Financial Times. “You cannot be both.”

The same principle is at the heart of the burka law—there are certain strains of Islam that are not German.

There’s much to like in these changes in Germany. A more common-sense migration policy and better recognition of the danger posed by radical Islam. But other elements—like the blind eye state governments are reportedly turning to anti-migrant violence—are more disturbing. Mass migration and radical Islam have done major damage to Germany. But there are already indications that Germany’s response will be just as dangerous.

Europe is building to a clash with radical Islam. The hardening mood in Germany is a sign of this coming clash. To learn more about how this clash is building, read our article “Will Europe Rediscover Its Christian Identity?” from the November-December Trumpet.