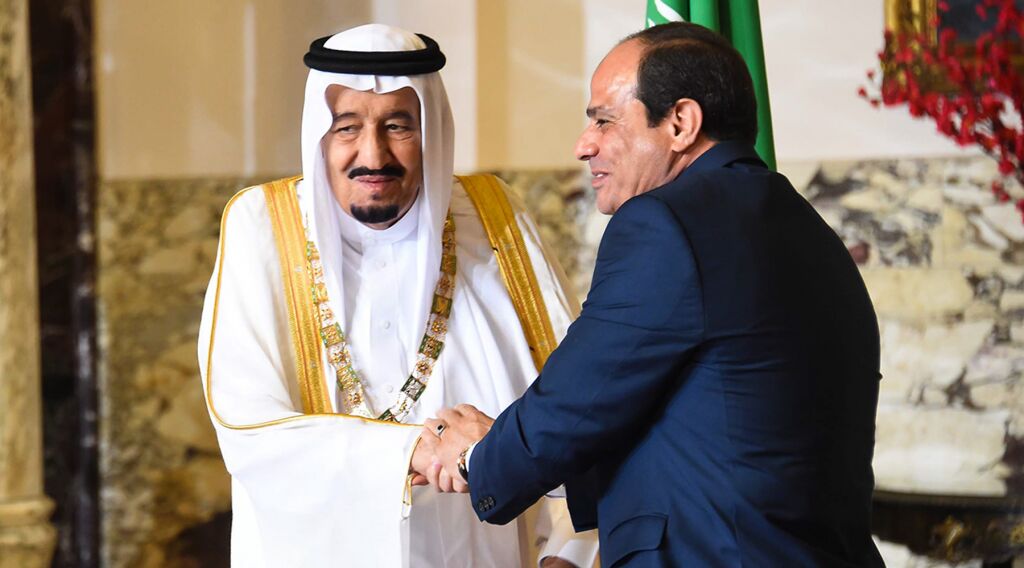 First, Egypt’s biggest oil supplier cut it off, then Egypt was forced to massively devalue its currency. What does this mean for the future of Egypt and America?

Egypt and Saudi Arabia are close allies—or at least they used to be. In April, Saudi King Salman bin Abdulaziz Al Saud promised to provide Egypt with 700,000 tons of refined oil products per month for five years. Egypt promised to turn over two disputed Islands in the Red Sea to Saudi Arabia.

You know what they say about promises.

Saudi Aramco, Saudi Arabia’s state-owned oil company, stopped the supply of all refined oil products to Egypt in early October, according to Reuters. It informed Egypt’s General Petroleum Corporation that the shipments were halted indefinitely. No publicly stated reason was given.

But the move to cut oil supplies is most likely not because the transfer of the Egyptian islands to Saudi Arabia is currently tied up in legal red tape. It is much more likely due to Egypt’s decision to take Russia and Iran’s side in the ongoing Syrian civil war and its reluctance to fight against Iranian-backed Houthi rebels in Yemen.

It was at this time that the oil to Egypt mysteriously stopped flowing.

Then weeks later, reports emerged that Egyptian Oil Minister Tarek al-Molla was on his way to a low-profile visit in Iran to discuss alternative oil sourcing. After the news broke, both Egypt and Iran denied the reports.

But this much is known: Egypt was prepared for the Saudis’ move. It planned for it.

On October 14, an anonymous source inside the Egyptian government revealed to the New Arab website that through Russian-Iranian intervention, the Iraqi government had agreed to cover Egypt’s oil needs. Al-Monitor reported that oil is bringing Iraq and Egypt closer together (emphasis added throughout).

Iraq’s inclination to strengthen the relationship with Egypt in the oil business was met with an Egyptian desire to do the same. … Iraq, which is also not on good terms with Saudi Arabia, wants to invest in the crisis between Riyadh and Cairo and give Egypt a chance to prevent its economic conditions from deteriorating now that its former ally, Saudi Arabia, is out of the picture. Thus, Iraq gains an important Arab country like Egypt and benefits from Saudi Arabia’s loss of such an important Arab ally.

As Al-Monitor reported: “Some Arab media outlets said the Iraqi-Egyptian rapprochement was provoking Saudi Arabia, given Iraq’s submission to Iran.” And Iran is not losing any time trying to further the divide.

Now Tehran insists on the necessity of Cairo taking part in the Lausanne talks on Syria, to win the largest number of supporters and for Egypt to join the Iranian alliances on the Syrian crisis.Iraq is certainly not going to be the sole beneficiary of supplying Egypt with oil; in addition to Cairo, Tehran may be the biggest beneficiary since it needs to strengthen its Arab alliances against Saudi Arabia, especially if it is with a former ally of Riyadh.The fact that Egypt is no longer under Saudi Arabia’s cloak despite needing its oil represents a hard blow to Riyadh’s policy, which has so far lost twice—the first time when it was unable to control Egypt, and subsequently when signs of Egypt joining the alliance between Iraq, Iran and Syria showed, albeit indirectly.

If the Egypt-Saudi alliance is on the way out—and a new Egypt-Iran alliance on the way in—this could mean a seismic shift in the balance of power in the Middle East toward Iran.

And you can thank the United States for tipping Egypt into Iran’s hands.

Following the Arab Spring revolution in Egypt (which was supported by President Barack Obama) and the subsequent military coup (which was not), economic conditions in Egypt starkly deteriorated. Tourism, which is one of Egypt’s most important industries and sources of foreign money, ground to a halt. Conditions recently culminated in Egypt’s November 3 decision to devalue its currency.

The Egyptian government resisted the devaluation, but with the government running out of money, it was forced to turn to the International Monetary Fund for help. According to authorities, the devaluation in the pound (which fell by approximately 45 percent) was mandated by the International Monetary Fund (imf) as a condition of receiving aid. The devaluation is supposed to jump-start tourism and exports. How successful that will be in a country that also imports 40 percent of its food and 60 percent of its wheat remains to be seen. Additionally, it is unclear how it will help restart a tourism industry still reeling from terrorist threats.

Food prices are soaring. “Egypt could be plunging into a food crisis or at least this is how it seems,” reports Al-Arabiya. “Complaints about a shortage of basic goods have been echoing across the country and reached their peak with the lack of sugar supplies in many stores.” According to reports, sugar prices have doubled since the devaluation. There are also shortages of rice, which may also be due to water shortages.

Wheat for pasta, lentils and cooking oil are all almost exclusively imported. These are the foods of the working class poor. The Los Angels Times reported November 14:

“Everything is more expensive: sugar, rice, meat. People can’t take it anymore,” Shadya Mohammed, a widowed mother of five, said recently as she picked up a small serving at Koshary Zamzam in the crowded neighborhood of Dokki. “Everyone is upset about it.”

Fuel prices are soaring too. The imf, which is largely seen as a policy tool of the U.S. government, said that as a condition of the loan, Egypt must also roll back fuel subsidies for its citizens. The cost of petroleum soared 47 percent overnight.

For Egypt, the consequences could be severe. As the Los Angeles Times warned, Egypt could be facing a “revolution of the hungry.”

Since the U.S-supported Arab Spring, there has been massive social unrest in Egypt. More unrest appears to be on the way. With Egypt-Saudi relations deteriorating, Egypt has made tentative steps toward Iraq, Iran and Russia. If the imf-mandated economic reforms don’t work quickly, growing social pressure could further destabilize Egypt.

Watch for the Saudi-Egyptian rift to grow and for Iran to exploit every opportunity to widen it.

If you would like to know why Egypt is destined to break from Saudi Arabia and align with Iran, and why that is important for America, read the article “A Mysterious Prophecy” by Gerald Flurry.