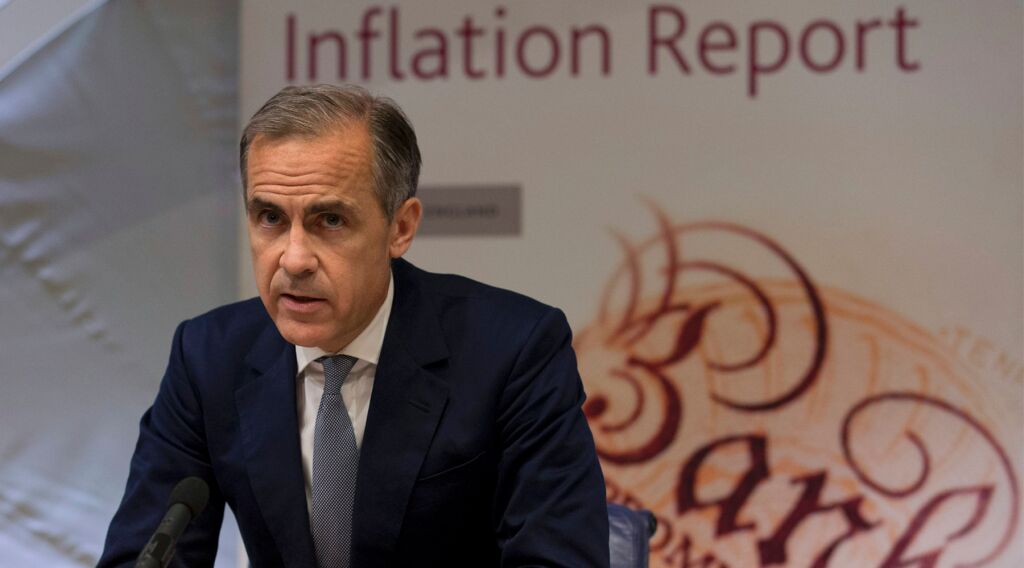 When Britain voted to leave the European Union in June, the one asset impacted most was the United Kingdom’s most important—its currency. The pound plunged by 15 percent against the United States dollar. Only one other time since 1792 has the pound fallen so low.

The pound is one of the world’s most important currencies. Prior to June 24, a loss of such magnitude in a tier 1 currency was almost unheard of.

This could have serious consequences—the more so because it is part of an already dangerous narrative.

Since the 2009 economic collapse, a quiet economic war has been simmering. As Brazilian Finance Minister Guido Mantega warned in September 2010, America’s efforts to jump-start its economy by driving down the dollar’s value through money printing had set off an “international currency war.”

Since then, in an effort to fix economic problems, increasing numbers of countries have enacted similar beggar-thy-neighbor fiscal policies by actively devaluing their money. When the currency of a nation loses value, it becomes cheaper for foreigners to buy products from that country. This causes an increase in exports from the country that devalued, which in theory translates into more industry, manufacturing jobs and lower unemployment.

On August 4, Britain did it again—and this time at least, it was purposeful.

In what the Telegraph called a “forceful response,” to the Brexit vote, the Bank of England slashed its lending rate in half. It was the first interest rate cut in seven years. According to the monetary policy committee, the move was designed to provide additional support to growth. Lower interest rates supposedly stimulate growth two ways. First, it encourages more spending and less savings. Second, lower interest rates typically lead to less foreign investment and capital outflows—which typically results in a falling currency valuation.

“Through the actions taken today … we have improved the economic outcomes for this country. There will be less unemployment, more activity, and there will be a greater prospect of a successful adjustment to the new realities that the UK faces,” said Bank of England governor Mark Carney (emphasis added throughout).

Britain’s short-term economic prospects may temporarily improve, due to its economic posturing, but how much of it will come at the expense of other countries?

As Mantega warned, economically this kind of action can be interpreted as an act of war—and can easily escalate!

When one country devalues its currency to boost exports (and its economy), the easiest way for other countries to regain their competitive edge is to react by devaluing their own currency.

This is the dangerous cycle the world has been locked in since the 2008 economic crash. Once currency devaluations lose their effectiveness because everyone is devaluing, then nations look to more drastic measures.

Global trade trends are “flashing warning signs,” warned Stephen Roach, former chief economist at Morgan Stanley. In a recent article, he noted that the annual growth in the volume of world trade over the past seven years is half of what it averaged during the previous 28. According to Roach, “With world trade shifting to a decidedly lower trajectory, political resistance to globalization has only intensified.”

The data may be even worse than Roach realizes. The latest annual report from Global Trade Alert (gta), an economic research institution, was its most negative since it began publishing in 2009. It found that global trade has actually plateaued since January 2015—meaning it may not be growing at all! This is an event that the authors note is virtually unprecedented in modern times—except during global recessions.

But supposedly, we are not in a global recession. So why then has global trade plateaued?

It reflects a distinct rise in protectionist trade measures, according to the report’s authors. On average, 50 to 100 protectionist measures were implemented by countries in the first four months of each year between 2010 and 2015. This year, the total exceeded 150.

The top three nations implementing trade barriers, according to the authors, are the United States, India and Russia. So when you hear a certain presidential candidate talking about an “America first” trade policy, or another one railing against the Trans-Pacific Partnership trade deal she no longer supports, it is part of an escalating global trend.

“This is a fraught time for global trade,” said Roberto Azevêdo, director-general of the World Trade Organization. “In many countries, trade is under siege, raising the spectre of protectionism. Alongside the anti-trade rhetoric, there is the notion that we have reached ‘peak trade’ or that globalization has ground to a halt.”

If the global trade pie is no longer growing, expect a dogfight—knives and forks included—for every remaining scrap.

Just days after Britain’s vote to leave, French President François Hollande told French daily newspaper Les Echos that British banks willlose their access to the European market. “[I]t will mean the end of the trade passport and the European passport full stop,” he said. “For too long the UK has benefited from special dispensations, even though it wasn’t in the euro area. It won’t be possible anymore.”

Daily Express headlined his statements this way: “Hollande Plotting to Swoop on City of London.” The French president summarized: “The first victim of the divorce isn’t Europe, it’s the United Kingdom.”

From Britain’s perspective, it would be hard to get closer to a declaration of economic war. The City of London is one of the world’s two largest financial hubs for banking and finance. Banking is the most important industry in Britain—by far. It is also probably the last industry of geopolitical significance for the island nation. Without London, there is little to distinguish Britain from other third- or fourth-rate powers like Austria or Ireland.

But it is a fight Britain will not win. Remember President Barack Obama’s visit to London before the Brexit vote? He told the nation not to expect support from the U.S. if it voted to leave. Britain will have to get to “the back of the queue,” he said.

Britain will have to face the wrath of the EU on its own.

“EU Countries Warn Britain on ‘Brexit’ You’ll Pay If You Leave Us” summarized the New York Times on June 19. EU politicians stated that if Britain voted to leave, the EU needed to make an example out of it, so that no other nation would follow its example.

“EU Will Not Help UK Out of ‘Black Hole’, Belgian Premier Warns” the Financial Times wrote on July 8. Belgium too is turning on the UK.

Could a trade war be looming?

The chief of America’s biggest bank thinks so: “JP Morgan Boss Jamie Dimon Fears Brexit-Fueled Trade War,” wrote the Telegraph (April 7). Yet according to Dimon, a trade war is “not the worst-case scenario.”

Boston University economist Laurence Kotlikcoff shared his concerns. “Brexit represents a major, potentially long-lasting tragedy for the UK, the EU and the rest of the world,” said Kotlikoff. “Five months hence we may start seeing British exporters moving their businesses to the Continent to avoid EU tariffs; we may see British young people working on the Continent being sent home because they no longer have a valid work permit; we may see the rest of the EU boycott British products; and we may start to see other members of the EU heading for the exit.

“The biggest concern is not just the massive direct and indirect economic costs. … The biggest concern is geopolitical. The EU, notwithstanding all its flaws, has helped keep the peace in Europe for decades. … We could yet see European countries doing what they have done for centuries—physically attack one another.”

Have we really reached that point?

This isn’t the first time globalization and cross-border trade has run into trouble. The world experienced very similar conditions prior to World Wars i and ii and during the Great Depression as “major economies turned inward and embraced protectionist trade policies.” But the difference today, as Roach said, is the “stakes may be greater.”

“The world is enjoying a populist moment. Like all such moments, there is a mob quality to the Brexiteers, Trumpistas and others, but their sentiments rest on real complaints,” said Danielle Pletka of the American Enterpise Institute. “If national leaders are committed to addressing the real problems that lie beneath the populism—a growing underclass, tides of refugees, and anger at government … then Brexit will be a wake-up call. Otherwise, it could be 1933 all over again, with years of fractured politics, anger, dangerous decisions, isolationism and worse ahead.”

When Britain voted to leave the European Union, it added force to an already alarming currency war, which could easily become a trade war. Whether it is 1913 or 1933, history is disturbingly clear about what comes next.

It is hard not to think of the old free-trade slogan attributed to Frédéric Bastiat: “If goods don’t cross borders, armies will.”

But it is not just history crying out about the risk of war.

Over and over, Herbert W. Armstrong warned about the connection between trade war and world war. As far back as 1960, he said that trade war would be the first blow of the biblically prophesied nuclear World War iii.

In a 1971 Plain Truth magazine article titled “Trade War Looming to Trigger World War iii,” Mr. Armstrong warned that American businesses were increasingly moving operations to Asia due to greedy union demands. He warned that the result would be the erosion of well-paying jobs and economic decline. He said political pressure would inevitably build to “start raising high-tariff barriers against other countries” (March 1971).

But if we engaged in the drastic protectionist policies needed to protect America’s high-cost labor, he warned, in time it would inevitably trigger nuclear war.

Mr. Armstrong based those predictions on prophecies in Ezekiel 7, Deuteronomy 28 and elsewhere. He said the siege God prophesied in Deuteronomy 28:52 symbolized America’s economy being battered by competition from foreign powers.

Trumpet editor in chief Gerald Flurry wrote about this in our December 2014 issue: “America’s enemies are going to cause economic problems and bring on destruction in many ways ‘until thy high and fenced walls come down, wherein thou trustedst, throughout all thy land: and he shall besiege thee in all thy gates throughout all thy land, which the Lord thy God hath given thee’ (verse 52). The real pressure is coming from without. ‘In all thy gates’ refers to a trade war. The enemies of America, Britain and the Jews will attack their currencies, their financial markets, and their economic might.”

Fast-forward to today. That prophesied worldwide trade war has begun.

As history and prophecy both show, world war is next.