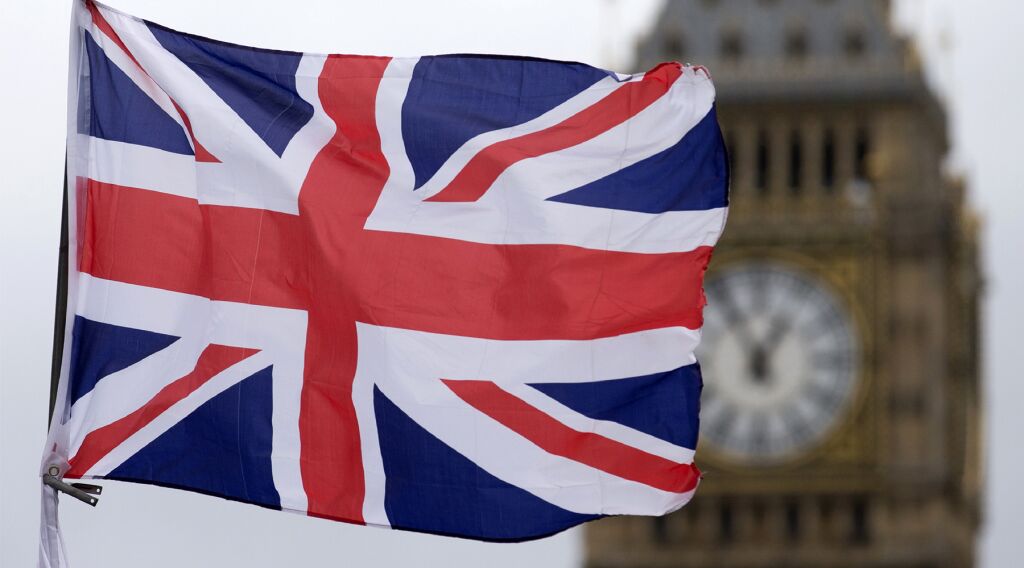 Britons voted to leave the European Union. Brexit is now reality. Herbert W. Armstrong forecast it in 1973. How did he know?

Britain will look back on Thursday, June 23, 2016, as a historic date. It’s a tragically historic date fraught with ominous potential. That date marked the British citizens’ rejection of the European Union.

Despite inclement weather in many areas across the United Kingdom, voter turnout was very strong. Voting closed at 10 p.m., and the ballots were counted through the night. In the early hours of Friday morning, media outlets began to project the victory of the Leave campaign with nearly 52 percent of the vote.

For decades, almost no one thought this day would come. But one newscaster forecast the Brexit from the very day Britain first joined the European Community in 1973. His name was Herbert W. Armstrong.

“Britain is going to look back on Monday, Jan. 1, 1973, in all probability, as a most tragically historic date—a date fraught with ominous potentialities! For that date marked the United Kingdom’s entry into the European Community” (emphasis added throughout).

That statement by Mr. Armstrong was made in the March 1973 edition of the Plain Truth.

More than 40 years later, what do millions of Britons think about Jan. 1, 1973? Just ask the majority that elected a Conservative government on the promise of a referendum to leave the European Union. For them, Jan. 1, 1973, is a “tragically historic date.” It brought them into the European Economic Community and ultimately into the European Union, an experience that has leeched away Britain’s economic wealth, its military strength and its national sovereignty.

Today, the “ominous potentialities” Mr. Armstrong referred to have become alarming realities. But even more ominous realities lie ahead!

Britain and the EU

On Jan. 1, 2010, after decades of planning, the EU became an official global imperialist power, underpinned by a federal constitution that binds member countries to a supreme head in Brussels. For centuries, European rulers such as Napoleon Bonaparte and Adolf Hitler had been unsuccessful in their goal of dominating Britain. But on that first day of 2010, when the EU presidency and foreign ministry came into force under the Lisbon Treaty, the United Kingdom finally became officially subservient to Europe.

Many Britons were deeply concerned. “Britain is no longer a sovereign nation,” wrote British politician Daniel Hannan in the Telegraph the morning the treaty was enacted. “At midnight last night, we ceased to be an independent state, bound by international treaties to other independent states, and became instead a subordinate unit within a European state.”

The Lisbon Treaty “tramples [Britain’s] Magna Carta into the dust,” Ambrose Evans-Pritchard lamented in the Telegraph. “The founding texts of the English constitution—charter, petition, bill of rights—have one theme in common: They create nothing. They assert old freedoms; they restore lost harmony. In this, they guided America’s Revolution, itself a codification of early colonial liberties,” he wrote (Dec. 6, 2009).

In these maneuvers, Germany and France obtained mechanisms that gave them greater sway over Europe, while Britain’s power was diminished. The Lisbon Treaty, according to global intelligence company Stratfor, placed Germany and France in “key positions they can use to increase their influence over the European Union’s inner workings and important policy areas” and allows them to “take charge of the European Union’s functions” (Dec. 1, 2009).

Europe blamed the financial fiasco that began in 2008 on the Anglo-Saxon model, which relies heavily on free-flowing credit. In response, the EU intensified its creation of a regulatory regime replete with laws, regulations and red tape designed to undermine and destroy London as the financial heart of Europe.

“The English are the big losers in this business,” said Nicolas Sarkozy, president of France at the time. Economically, the people of Britain are indeed the big losers in the EU, but the losses are not limited to the banking sector. EU regulations now touch almost every level of every industry in Britain.

“If you want to build something, grow something, mince something, scrap something, recycle something, burn something, paint something, bake something, package something, or do a myriad of other things, there is a sheaf of densely typed regulations just for you,” said Matthew Elliott, coauthor of The Great European Rip-off. “In total, red tape from Brussels adds another £100 billion [us$166 billion] of lost income, extra expenditure and forfeited economic growth to the bill.”

Elliott and other economists estimate that Britain’s total cost to be in the EU—factoring in all the harmful impacts of all the policies and regulations—is almost $200 billion a year. That equals more than $3,000 for each man, woman and child.

Although EU cheerleaders try to discredit any data that casts Europe in a negative light, the evidence proves that membership in the EU is a net cost for the Brits. What remained to be seen was how long Britain would continue to fight what was already a lost sovereignty battle and whether it would leave the European Union or be kicked out.

The referendum was held, and Britain made its choice!

Today, there is little doubt that the “ominous potentialities” that Mr. Armstrong warned about are coming to pass. Politically, economically and judicially, Britain has found itself weakened by decades of subservience to the EU.

This is what Mr. Armstrong said would happen—decades ago. Mr. Armstrong concluded that 1973 article by writing, “Britain’s entry into the European Community portends a tragic situation. Britain will be faced with a dilemma.”

How Did Herbert W. Armstrong Know?

But how did he know? He saw it clearly revealed in the prophecies of the Holy Bible!

For anyone familiar with Mr. Armstrong’s teachings, one prophecy stands out above the others; it could be considered his keynote prophecy.

That is the prophecy about a religious-political superstate that would emerge from Europe as the central power in end-time events. This empire, explained Mr. Armstrong based on a passage in the book of Daniel, would include five nations, or “kings,” from Eastern Europe and five from Western Europe.

Revelation 17 shows how this European empire will comprise 10 nations working under the direction of a false pagan church. Combined they form a revived “Holy Roman Empire.”

Mr. Armstrong recognized the beginnings of this prophesied empire at the establishment of the European Economic Community, the forerunner of today’s European Union.

In numerous articles, Mr. Armstrong made clear that Britain’s alliance with Europe would end. “The stage is all set!” he wrote in 1956. “All that’s lacking now is the strong leader—the coming führer! The Germans are coming back from the destruction of World War ii in breathtaking manner. Germany is the economic and military heart of Europe. Probably Germany will lead and dominate the coming United States of Europe.”

There are multiple reasons, including the fundamental differences—political, religious and cultural—between Britain and Europe. But ultimately, it gets down to God’s will. God does not want Britain to be a part of the developing European superpower!

In fact, Bible prophecy reveals that God is going to use this German-led European power to punish Britain.

As Mr. Armstrong foretold, Germany is going to lead a resurrected “Holy Roman Empire” that Britain will not be a part of. So what does the Bible prophesy now? These same prophecies that informed Mr. Armstrong’s bold writings forecast that this German-led “Holy Roman Empire” will conquer, invade and put the British people—as well as the American people—into captivity!

Revelation 17 has some of the most descriptive prophecies about this. The Apostle John recorded this vision: “I saw a woman sit upon a scarlet coloured beast, full of names of blasphemy, having seven heads and ten horns” (verse 3).

An angel explained to John what the vision meant: “The seven heads are seven mountains, on which the woman sitteth. And there are seven kings: five are fallen, and one is, and the other is not yet come; and when he cometh, he must continue a short space. … And the ten horns which thou sawest are ten kings, which have received no kingdom as yet; but receive power as kings one hour with the beast” (verses 9-12).

In Bible prophecy, a woman symbolizes a church, and beasts represent governments. This vision shows a church-state combine that has risen and fallen repeatedly in history: the Holy Roman Empire. The last resurrection will be a confederation of 10 kingdoms, led by Germany and influenced by the Catholic Church. The European Union is already beginning to fulfill this prophecy.

Other related prophecies are found in Habakkuk 1 and Hosea 5 and 7. These show that this bloc of nations will attack the British and American people and put them into slavery.

Britain has now left the European Union, but it hasn’t turned back to God. Until Britain does repent and turn to God, its suffering will only escalate.

These prophecies will come to pass! This may be hard to believe, but it is true.

Mr. Armstrong explained from Scripture exactly what is in store for Britain in his most-requested book The United States and Britain in Prophecy. The publisher of the Trumpet newsmagazine prints this book, and we would like to offer you a free copy, totally without cost, obligation or follow-up. It will help you prove that these prophecies will happen as God has recorded.