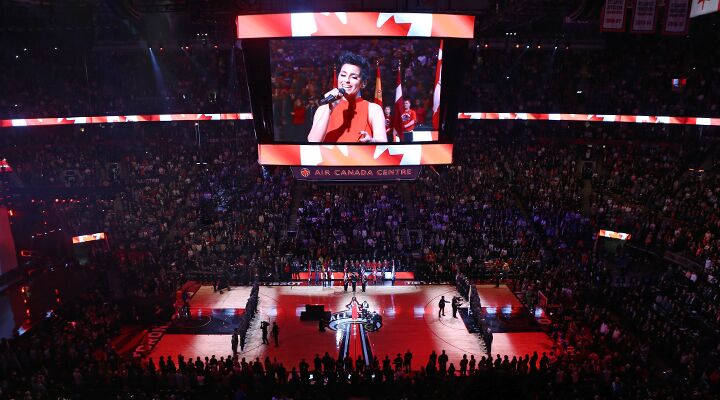 Changing ideals are leading to the destruction of national symbols.

Canada’s House of Commons passed a private bill on June 15 to change the wording in the national anthem. The bill proposed new lyrics to make the anthem gender neutral, with the line, “in all thy sons command,” replaced with the more inclusive line, “in all of us command.” The bill now must pass in the Senate, which generally passes all measures that are passed in the House of Commons.

Attempts to change this line of Canada’s national anthem is nothing new. “O Canada” became the nation’s official national anthem in 1980, but by 1990, a measure had already been introduced to have more gender-neutral wording. Since then, multiple attempts have been made, but all have fallen flat.

When the motion was presented this time around, however, it was met with little resistance. Some commentators say this is partly because the Liberal member of Parliament who introduced the bill has been diagnosed with a fatal disease, and to oppose the bill would be an attack against his medical condition.

This bill reflects of the changing mentality among Canadians, and their embrace of political correctness. Three years ago, one opinion poll found that 65 percent of Canadians didn’t want the lyrics changed. Today, those numbers seem to be reversed, with 62 percent in favor of the change, according to a recent report.

Much of the argument for changing the lyrics is based on restoring the anthem to its original wording. The Canadian national anthem was originally written in 1880 as a French anthem. An English rendition was not composed until 1901. After several rewrites, it became popular among Canadians in 1908. In this version, the line “True patriot love thou dost in us command” appeared. However, just before World War i broke out, the lyrics were changed to “in all thy sons command.” It is thought that the change was made in honor of the men going over to fight in France.

While the motives of Canadian lawmakers may be sincere, the direction they are heading down is dangerous. Their prime argument is that times have changed; women too have the ability to fight in combat today, so we need to update our national symbols. Thus the lyrics must be changed. Mauril Bélanger, the M.P. who introduced the bill, said, “As Canadians, we continually test our assumptions, and indeed our symbols, for their suitability. Our anthem can reflect our roots and our growth.”

But where does that testing stop? Where do Canadians draw the line between maintaining their historical national roots and promoting their “growth”? And whom do we trust to make those decisions for us? If we begin tinkering with pieces of our national identity to fit the current national sentiment, at what point do we decide that enough is enough?

Consider another line of the Canadian national anthem that has also come under fire: “O Canada, our home and native land.” A simple patriotic line. However, Canada now is home to millions of foreign-born citizens. Statistics Canada predicts that by 2017 more than one in five Canadians might be foreign born. Since Canada isn’t their native land, do those lyrics need to be changed? In 1990, a measure was introduced to change the line to “our home and cherished land” to make those born outside Canada feel more included.

Then there’s the line “God keep our land glorious and free.” Historically, Canada’s main religion has been Christianity, and while 67 percent of Canadians identify as Christian and profess a belief in God, the remaining 33 percent believe in Allah, Buddha, some other god, or no god at all. They can’t sing that line in good conscience.

So where does it end? This is the slippery slope that Canadians have begun to head down. In the Western world, there is an ever growing call to throw away the past to make room for the present. Last year, New Zealand held a national referendum to change its flag, part of which contains the Union Jack. The newly proposed flag had no symbols connecting it to its colonial past. By a slim margin, the people opted to retain the old flag.

In a similar vein, in the United States there is a growing hatred toward the United States Constitution, as the Trumpet has drawn attention to many times. Many Americans, including the president, view it as an antiquated document that restricts growth and “progress.” Trumpet editor in chief Gerald Flurry has written extensively on this contempt. Many are in favor of an “evolving Constitution” in which sections of text are edited, or even deleted, to make the prevailing sentiments of the day more acceptable. The prevailing mentality to discard the old to make room for the new is becoming increasingly popular.

That’s not to say that gender discrimination no longer exists today. Throughout much the world, women are treated as second-class citizens or worse. But to say that such violent discrimination exists in modern Canada, to the extent that it requires changing the national anthem because it causes us to forget about women is ludicrous. There are 115 nations that rank below Canada on the World Economic Forum’s ranking of gender equality.

This bill is simply the latest outgrowth of the feminist movement that is personally being spearheaded by Prime Minister Justin Trudeau. When he was elected last October, he immediately delivered on his campaign promises to bring gender parity by appointing an equal number of male and female cabinet ministers. In doing so, he appointed many first-time cabinet members, passing over more experienced politicians. This had never happened before in Canadian politics.

When Prime Minister Trudeau was asked why it was important to have a gender-balanced cabinet, his response went viral.

Forget qualifications. Forget experience. The year on the calendar alone is what should determine political appointment, according to Trudeau.

Just two months after taking office, Trudeau used the stage at the World Economic Forum in Davos, Switzerland, to tackle the issue of gender inequality. In his address, he urged all those present to embrace the word “feminist.”

“We shouldn’t be afraid of the word feminist; men and women should use it to describe themselves anytime they want,” Trudeau said. He went on to comment that his wife, Sophie, encourages him to talk to their son “about how he treats women and how he’s going to grow up to be a feminist just like dad.”

In March, at a United Nations women’s conference, Trudeau made similar comments, saying, “I’m going to keep saying, loud and clearly, that I am a feminist, until it is met with a shrug.” He went on to say at the same event, “We should be standing up for women’s rights and trying to create more equal societies. Like, duh.”

The Real Issues at Play

There are great injustices that are committed against women. These problems do need to be fixed, but consider many of the other problems in the world today.

Consider the ever growing threat of international terrorism. A recent “hit list” recovered from a terrorist connected to the Islamic State included the names of 151 Canadians on it. Yet shortly after coming into office, Trudeau recalled the six CF-18 fighter jets committed by the previous government to help in air strikes against the Islamic State.

Consider how Canada’s economy is reeling because of the decline of the price of oil. This problem was compounded when recent fires near Canada’s largest oil refineries caused production to tank. This caused gas shortages across much of western Canada last week. This in a nation that ranks fifth in the world for oil production. The Canadian dollar only recently started gaining value again after being its lowest in more than a decade. Canada is also facing a serious housing bubble in many of its major cities.

Despite all these towering issues, Canada has followed the path of most Western nations: focusing on civil domestic issues at home rather than the growing problems abroad. In an effort to be inclusive to all, Canada is sacrificing its national identity. This is a dangerous trend. The attitude of “Old is bad, new is good” is leading to dangerous events. When history is maligned, misrepresented and manipulated to fit popular beliefs, you fail to learn the lessons of history, and then history is bound to repeat itself. Read our article “A Law of History” to learn how to avoid the calamity that comes from ignoring history.