Here is the root cause of governmental breakdown—and the solution 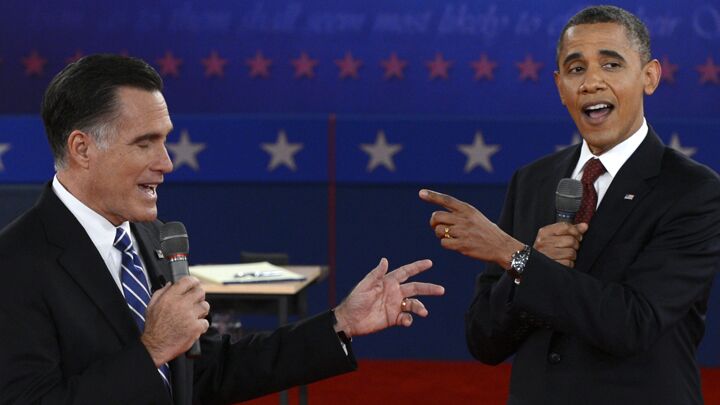 Here is the root cause of governmental breakdown—and the solution

From The May 2005 Philadelphia Trumpet
View Issue FREE Subscription

Excerpts from his World Tomorrow program of Nov. 4, 1945.

The American people came to believe, with Woodrow Wilson, that we fought World War i to end all war. To a slightly lesser extent this same belief was carried into World War ii.

Well, my friends, the war is over—we won it, and now, where are we? We stand now at the most dangerous hour of American history!

Let’s look once again, then, to the real causes of war.

When the Eternal God first created man and placed him on this Earth, all was perfect harmony and beauty. All things in the universe operate according to fixed law. There are the laws that keep the planets, suns, stars traveling in their prescribed courses through the heavens. On Earth is the law of gravity, the law of inertia, the laws of physics and chemistry. There are laws that regulate the physical body, and your physical health depends on not violating them.

And then, of necessity, there is a great fundamental, inexorable spiritual law, to regulate man’s relations with man, and man’s relation to his Creator. This spiritual law might be called the law of love. It is a principle—a way of life. It is an attitude of mind and heart—the correct way to think and to live. This is the way of living that puts the premium upon giving, not getting. This spiritual law was designed to protect man’s welfare and happiness. And just as breaking the physical laws of the body results in suffering, sickness or death, so it is that when this spiritual law is broken, unhappiness, suffering both physical and spiritual, and all kinds of anguish come as the penalty.

This world chaos is merely the penalty of the broken law.

Take a quick glance, now, at how it developed. Nimrod built the first city, Babylon, then Uruk, Akkad and Kalneh. At first the world was organized only into city-states. Each city had its own king. Soon one king cast greedy, lustful eyes over a neighboring city or two. So he organized a large number of his men into an army—a fighting force to march over to the neighboring city and take it by force. Soon the stronger, more cunning kings were ruling over two, three, then several cities. And nations were born. And, as nations organized armies and fought wars, empires came into being.

Businessmen in each city, or nation, fought methods of competition against their rival businessmen. All society came to be organized on this selfish, getting basis. God was ignored. Man exalted himself—and other men! As time went on, and the system developed, some men specialized in politics, seeking to rule over the people through government. Others specialized in business, seeking to amass great fortunes and to rule, behind cover, over the politicians. But even in the phases of religion and social activity, the competitive principle was dominant.

There have been the various forms of government. But remember this: Every single government in this world, of whatever form—whether communism, fascism, autocracy, or yes, even democracy—is merely a different method of administering this same overall Babylonish system. And it’s the system which is the root cause of this world’s ills and of wars!

This system is a way of life. It is the way contrary to the laws of God—contrary to His revealed social, economic and civil laws as well as the great spiritual law! In religious language, it’s the way of sin, because the Bible defines sin as “the transgression of the law” (1 John 3:4)—and as a spiritual principle, as you’ll read in Romans 7:14, that law is a spiritual law. That law still operates, just as the law of gravity still operates, or the law of inertia, or the laws of physics or chemistry, and the more that law is transgressed, the more unhappiness, anguish, suffering and death this world brings upon itself as a penalty. And every phase of our present civilization—our political organizations—our economic system—our social customs—even religious organization—is diametrically contrary to God’s law as a revealed way of life.

The real cause of wars is this whole competitive system, organized with certain selfish-motivated, scheming men always in control.

Wars can be prevented only by one strong enough to be a world ruler, clear-sighted and wise enough to completely change the existing system, to abolish all competition, to put the premium on giving instead of getting, to do away, entirely, with all regimentation, with the present economic system, the present social system—in fact with the whole of the present society. He would have to be good enough, and honest enough, to rule this whole world for the good of the governed, not for the greed and pride of the ruler. And, finally, that man would have to change human nature, because as long as man remains selfish he will continue on this competitive and Babylonish system!

Yes, it will take a world ruler—a ruler who is the perfect man—one who will rule with fairness and justice—one who has power to abolish this entire world-system and start the whole world going on the basis of love—one who will not take any selfish advantage of his great power, but will rule only for the good of his subjects—one who has the power to change men’s minds and hearts—to change the very nature of man!

Only one such man ever lived—Jesus Christ.