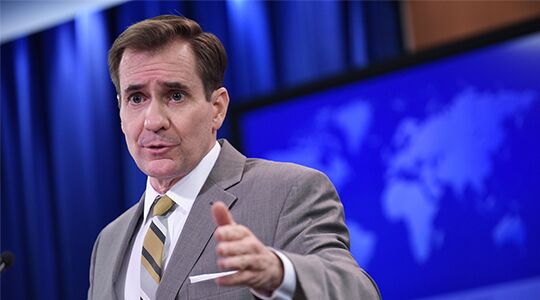 The United States State Department admitted yesterday that it intentionally deleted an eight-minute exchange between a Fox News journalist and then-State Department spokeswoman Jen Psaki on a video that was posted Dec. 2, 2013. During the exchange, Psaki essentially admitted that the Obama administration had lied about having secret talks with Iran.

“Is it the policy of the State Department, where the preservation or the secrecy of secret negotiations is concerned, to lie in order to achieve that goal?” the reporter asked. Psaki offered this response: “I think there are times where diplomacy needs privacy in order to progress. This is a good example of that.”

Several months before this exchange, another State Department spokeswoman, Victoria Nuland, emphatically stated that there had been no secret “government-to-government” negotiations with Iran. When Psaki contradicted that statement later that year, someone in the State Department quickly scrubbed the confession from the record.

(Listen to the Trumpet Daily radio program that aired on June 2, 2016.)

“This wasn’t a technical glitch. This was a deliberate request to excise video,” spokesman John Kirby said yesterday. He called the cut inappropriate but said he wasn’t sure who gave the order to make the cut.

The State Department’s confession comes weeks after aspiring novelist Ben Rhodes, President Barack Obama’s top aide and speech writer, bragged to the New York Times magazine about manufacturing the narrative needed to garner support for the Iran deal. Part of the false narrative was that the White House only entered into negotiations with Iran after Hassan Rouhani became president in 2013. He was much more “moderate” than Mahmoud Ahmadinejad—and ready to make a deal.

The truth is, the Obama administration started negotiating with Iran long before Ahmadinejad left office. And to garner support for the deal from Congress and the American people, they manufactured a false narrative. To paraphrase Psaki, they had to lie in order to make progress on the deal. The end justified the means.

Speaking of our time today, the Prophet Isaiah said that no one calls for justice or pleads for truth—“they trust in vanity, and speak lies” (Isaiah 59:4). This is God’s assessment of human government. Man is utterly incapable of administering righteous rule. Of course, ruling elites don’t believe this. They promise justice. They claim to be honest and transparent. Their intentions are always good and right.

But what man really desires is the “freedom” to be left alone to do whatever he wants! He wants anarchy (Judges 21:25). This is why man is simply not qualified to rule and administer the government of God on Earth!