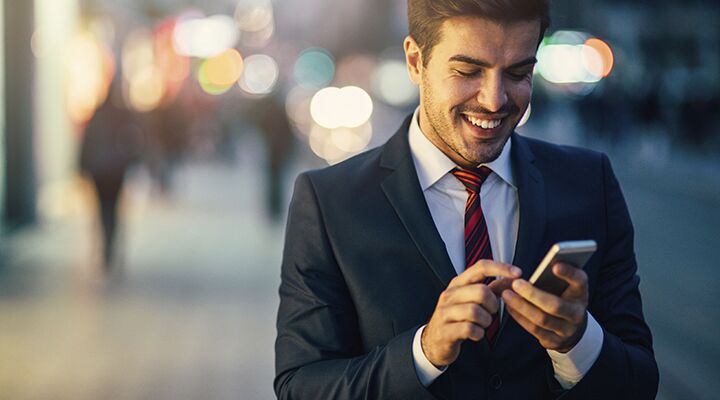 The push to enroll people in government welfare programs gives new meaning to ‘the land of the free.’

Last week, I almost got my very own Obamaphone—by accident.

I own a Tracfone; it is one of those prepay plans. The carrier was upgrading from 2G to 3G, and I was sent a new phone to replace my old one.

I called the service department to get my number reassigned to my new phone—and that’s when something went wrong. A series of transfers between various representatives left me wondering if I would ever have a working phone. Turn the phone off, then back on; punch in this code; try calling now; look up this number; lots of never-ending, mind-numbing background music, etc.

And then the discovery! My perfectly good Tracfone had been mysteriously transformed into an Obamaphone.

It happened by accident, I think. “Thanks for finally fixing this phone,” I sincerely told the fourth service representative. “While you are on the line, can I sign up for auto refill.” I simply wanted Tracfone to automatically bill my credit card and save me the hassle of having to call in or go online every three months to renew.

Imagine my surprise when the service representative told me there was no need: “It’s all free.”

I know the phone’s free; it was a replacement. I want to sign up for auto refill: $20 every three months.

“I understand, sir. But you are enrolled in SafeLink Wireless.”

“You get free domestic calls and free texting and Internet access. You don’t have to pay anything.”

I don’t have to pay?

I get free calls and text and how much Internet? … My old phone didn’t even have Internet.

But I normally pay every three months.

“Yes, but you are enrolled in SafeLink now.”

I know, you told me that. But I have a Tracfone plan. How did I get this SafeLink?

“Yes you did; you filled out an application.”

And had I stopped there, I might have had a tax payer-provided phone with free monthly minutes and unlimited text messaging for life! Plus a whole lot of free Internet access too!

That’s how close I came to my very own Obamaphone.

It’s a testament to the efficiency of the United States’ welfare industry—and it gives new meaning to the concept of “the land of the free.” A person doesn’t even need to sign up for a government-sponsored social program; they can simply end up in one.

That’s what happens when you combine the best aspects of American-style capitalism with government-mandated socialism. Together they are creating the biggest welfare state in American history. And it is going to come crashing down in spectacular intensity.

From what I can tell, here is what happened: Tracfones are often used by people with low incomes, since the phones are inexpensive and you don’t need good credit in order to finance the latest expensive model. Since Tracfone’s clientele is mostly low-income, the government contracted this successful phone company to expand the Obamaphone program. As I found out, SafeLink and Tracfone are both owned by Mexico’s América Móvil. The service reps for Tracfone appear to be the same ones for SafeLink. All it took was a wrong transfer—and voila, free calls and texts anywhere in America, including Puerto Rico, Alaska and Hawaii, courtesy of Uncle Sam.

In fact, if rumor is true, entire inner cities have Obamaphones.

Remember the “Obamaphone lady?” Her YouTube rant went viral and was watched by millions in the lead-up to President Barack Obama’s reelection.

She explained: “Everybody in Cleveland, you’re a minority got Obamaphone. Keep Obama in president. … He gave us a phone. He going to do more.”

And “do more” he did. In 2013, the government spent $2 billion on Obamaphones, although that wasn’t even enough for many people. Following President Obama’s reelection victory, Florida resident Peggy Joseph made national television for her comments: “It was the most memorable time of my life. … I never thought this day would ever happen. I won’t have to worry about putting gas in my car. I won’t have to worry about paying my mortgage. You know, if I help him, he’s gonna help me” (emphasis added).

America is ripe for socialism. But does socialism lead to freedom?

Although the government never quite went as far as paying people’s mortgages or gasoline, it did use taxpayer money on mortgage modifications, first-time buyers programs, and cash for clunkers. These programs were really more corporate welfare than social welfare.

In 2013, the Washington Post ran a story titled “In Florida, a Food-Stamp Recruiter Deals With Wrenching Choices.” It showed how even Republican states had become active promoters for the federal government’s food stamp program, because states had become addicted to government welfare money.

States hired recruiters to go out and convince people that they “deserved” food stamps. They would hold food stamp parties at local senior citizen’s homes, golf courses and community centers. They would hand out gift bags with cookies and croissants, doggie toys for dog people and cat food for cat people. The government even produced a recruiter manual with techniques on how to “overcome the word ‘no.’” Recruiters were trained to disarm any hesitation: “You are an American, and this is your benefit”; “Applying is easy”; “Every $5 in snap generates $9.20 for the local economy.”

It became patriotic to join the food stamp program!

That last reason is why the states have become the biggest promoters of food stamps. It is free money from the federal government that flows directly into local economies. Each dollar of federal money supposedly generates $1.84 in local economic activity. What is never said is that $1.84 in activity gained by Paul comes at the expense of Peter who lives somewhere else.

A decade ago, only about half of people who could technically qualify for food stamps signed up. After intensive recruiting, those numbers have been boosted to around 75 percent.

Almost 45 million Americans now rely on food stamps. That is more than one in seven people.

Stated another way, social welfare-type programs consumed an astounding 12.2 percent of the nation’s gross domestic product (gdp) in 2014. The Congressional Research Service predicts that it will hit 14 percent by 2025. It is actually even more than it sounds because gdp also includes government spending. Compared against private consumption, production and trade—the other components of gdp—social welfare spending is already above 14 percent.

According to the conservative Heritage Foundation, there are now 80 means-tested federal welfare programs providing cash, food, housing, medical care, social services, training and targeted educational aid to the poor. Add in non-means-tested programs and the number rises to 93. States and cities have additional programs.

Nearly 110 million Americans live in households that receive some form of means-tested government welfare. And many of these households include more than one person on assistance. These numbers do not include Social Security or Medicare. Count these programs, and there are over 150 million Americans—almost half of the nation is dependent on the government in some form.

Many of these people actually need help. And if people do, they should use those programs. That is what they are for. But what does it say about America when half the nation is reliant on government for survival. Is this what freedom is?

As greater numbers of people rely on these welfare plans, it will become increasingly difficult to cut the programs back.

Regardless of motivation, the result is a population that becomes progressively reliant on government—and thus reliant on increasingly powerful politicians who hold sway over increasingly large portions of the economy.

As certain states just found out, if a state doesn’t support the federal government’s decision to let transsexuals and transgenders use bathrooms and locker rooms of their choice, then the federal government will cut the state’s education funding. In like manner, various local law enforcement agencies are threatened with having their access to surplus military equipment cut when they won’t implement Justice Department demands.

The end result of socialist policies is always the same: a big, oppressive, freedom-reducing government—and less overall prosperity. Conversely, in socialist regimes there tend to be fewer rich people. There are also fewer poor people, at least at first. But society as a whole is also less prosperous, as inefficient governments penalize the producers to subsidize the users. It is basic economics: If you want more of something, then subsidize it.

This might sound harsh, but by subsidizing the poor, you will eventually end up with more.

Ask any Greek. Talk to someone from Puerto Rico. Eventually, there simply aren’t enough taxpayers left to support tax takers. Where are Puerto Rico’s doctors and lawyers? Where are the wealthy? Why have they left the island? When the money runs out—and it always does—the welfare recruiters turn into street demonstrators. The people revolt. Chaos reigns. And then real hardship and poverty set in.

Argentina, Venezuela and Greece are going through that process today.

Will America learn the lesson before its industrialized welfare industry completely transforms the nation?

The end of my phone conversation is enlightening:

Well how do I get out of this SafeLink phone program?

I just want my old Tracphone plan back.