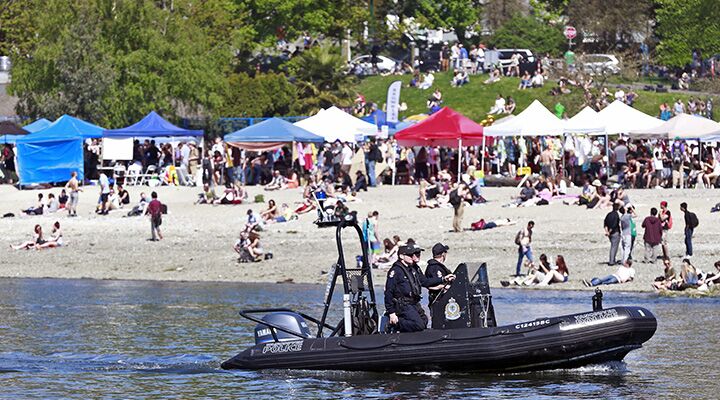 The same day around 25,000 people attended Vancouver, Canada’s annual pot rally on April 20 to celebrate “National Weed Day,” Canadian Health Minister Jane Philpott announced new legislation to be introduced next spring. It is intended to “keep marijuana out of the hands of children and profits out of the hands of criminals.” What is that legislation? The legalization of marijuana.

A new poll released from the Angus Reid Institute on April 20 revealed that 68 percent of Canadians support the legalization of marijuana. In 2001, Canada became the first nation to legalize medical marijuana—allowing people suffering from terminal illnesses to use the drug to ease their symptoms. Now, Prime Minister Justin Trudeau seeks to fulfill his election promise to legalize the drug for recreational purposes.

While details about the legislation are vague, Philpott revealed Canada’s plans to work “with law enforcement partners to encourage appropriate and proportionate criminal justice measures.” Speaking at a United Nations General Assembly on drug use in New York, she continued, “We know it is impossible to arrest our way out of this problem.”

The Angus Reid poll also revealed that while 68 percent of Canadians believe that legalizing marijuana will have positive effects, 51 percent worried that legalization would make it “easier for children to get and use marijuana.”

Philpott said that the policies and regulations enforced through the legislation will be “the best way to protect our youth while enhancing public safety.”

Will the new legislation protect the youth? Many argue that marijuana should be legalized because people will find a way to obtain it anyway. However, legalizing it will make it more prevalent and accessible. Those deterred from using weed due to the difficulty of obtaining it illegally will be able to obtain it more easily. According to Canada’s Youth Smoking Survey 2012–2013, nearly three quarters of youth who smoke report they obtained their cigarettes from social sources—family and friends who purchased the tobacco legally.

“I am proud to stand up for our drug policy that is informed by solid scientific evidence and uses a lens of public health to … minimize harm,” stated Philpott at the beginning of her speech. She continued by saying that the solution to the devastating consequences of drugs and drug-related crime are “within our grasp” and based on a “firm scientific foundation.”

It’s ironic that the health minister is discussing legalization of a drug proved to be very unhealthy. “[S]olid scientific evidence” reveals that teenagers who use marijuana have a reduction in thinking, memory and learning functions and experience depression and anxiety. Even teens who stopped using the drug after two years showed brain abnormalities that appeared “similar to brains of schizophrenics.” Usage can cause breathing problems, bronchitis and increased risk of heart attack. Heavy marijuana users also report more relationship problems and lower life satisfaction.

As the legalization of marijuana spreads, an understanding of the consequences of its use becomes more important. For more on this subject, read “What’s Wrong With Marijuana.”