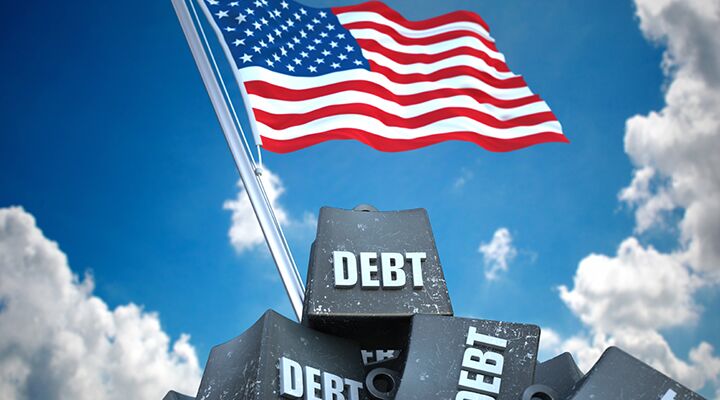 America has too much junk in the trunk. That’s the assessment of Standard and Poor’s credit rating agency. Their average rating on United States corporate debt just sagged to almost a 15-year low. According to the agency, America faces a debt diet that many companies will not survive. And guess who is to blame?

These companies need ever increasing amounts of debt to live—yet they are so overweight that any small rise in interest rates, or tightening of credit restrictions, could kill them. This is the danger Standard and Poor’s is warning about. These companies are walking heart attacks waiting to happen.

Yet strangely, with the Dow Jones stock index near its all-time high, it seems as if these companies are the picture of health. Economic analyst Tony Sagami explains:

In the “good old” days, investment professionals used to focus on boring numbers like days sales outstanding, operating margins, cost of goods sold, accounts payable, and paid in capital.Today, however, what passes for analysis is the dissection of every syllable that comes out of Janet Yellen and Mario Draghi’s mouth. I never thought I’d see the day on Wall Street when linguistics was more important than things like revenues and profits.

Why do linguistics matter more than fundamentals today? Simple: The single most important factor affecting a company’s revenue, profits and hence valuation is …

It is a debt junkie’s world, where everyone, everywhere, is addicted to it. It is the high-fructose corn syrup that is in practically every food you eat. It is the sweetener in your Oscar Mayer hot dogs and Campbell’s vegetable soup. The secret ingredient in your Sara Lee Heart Healthy Whole Grain Bread. And the world’s central banks are the Archer Daniels Midlands, the Cargills and the Corn Products Internationals that are pumping out ever increasing amounts of refined high-grade into the economic food stream.

Thus the markets hang on to every word from the world’s sugar pushers. More sugar, the markets go up. Less sugar, they go down. That’s what happened on Tuesday. Federal Reserve Chairwoman Janet Yellen gave a speech at the Economic Club of New York and the markets soared. Yahoo Finance explains:

The good doctor sounded cautious about moving toward the next increase for the Fed funds rate. That, my friends, is the bottom line. She seemed to acknowledge that economic conditions are somewhat sloppier than she thought just a few months ago (surprise, surprise) and also cited global economic worries as headwinds.

Yellen said the economic outlook is deteriorating. So the Dow Jones, the nasdaq and the S&P 500 all soared from red into the green.

Not following that logic? Don’t be so organic. Bad news is actually good news. It means the Federal Reserve will keep interest rates lower for longer. Maybe the Fed will even give the economy another sugar buzz via extra quantitative easing. At the least, it means the debt binge can continue for a little longer. So buy stocks.

All the while, everyone knows that if you eat too much sugar eventually complications result. Your teeth rot. Your breath turns sour. Blood pressure rises. Diabetes sets in, etc. Before you know it, you are wondering why you didn’t buy more life insurance.

“[I]f you’ve been around long enough, you know that fundamentals do matter and that the current rally based on monetary [sweeteners] is doomed to fail,” says Sagami. “In fact, the warning signs are really starting to pile up.”

Warning signs? The ZeroHedge blog explains: The two “big growth drivers of the past few years have been student debt and car loans. The former is, as everyone by now knows, at levels that consign a whole generation of kids to life in their parents’ basements—not a recipe for robust consumption. Car loans, meanwhile, are starting to look like subprime mortgages circa 2006.”

And for dessert, the Global Economic Trend Analysis blog reports that nearly the entire increase in jobs since 2010 is in gigs. What are gig jobs? Think Uber drivers. The Rand Corporation describes gigs as having erratic schedules, spotty earnings and few benefits such as health insurance, Social Security or a retirement plan. The Labor Department calls them “alternate arrangements.”

But at least they are jobs. Earlier this year, 37-year-old Anna Alaburda sued her law school because she couldn’t find a job. As part of her complaint, she said that after applying to more than 150 law firms she received only one job offer—which would have paid less than “non-law related jobs that were available to her.” In addition, Anna said she has $150,000 in student-loan debt—which has since grown to $170,000 when accounting for interest. Anna lost.

America is bloated with debt, and it is not just weighing us down—it is going to kill us. Our junk-in-the-trunk economy is headed for a coronary.