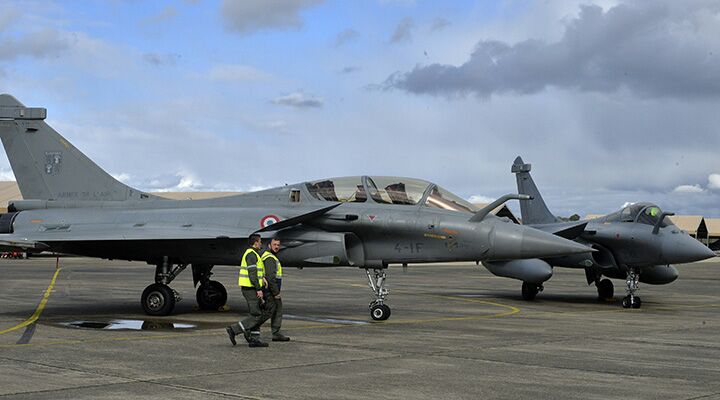 The international community is being forced to work discretely amid Libya’s rival governments.

Satellite imagery has confirmed the arrival of European special operations forces at an air base near Benghazi, Libya. Stratfor, a geopolitical intelligence firm, released the satellite images on March 9, which showed typical Western security precautions being set up around the air base.

French newspaper Le Monde caused a small stir on February 24 when it reported on specialist bloggers who had spotted French special forces in Libya beginning in mid-February. Both Libyan and French officials denied the claims, but numerous other rumors have spread about secret military deployments. Le Monde quoted a senior official as saying, “The last thing to do would be to intervene in Libya. We must avoid any overt military engagement, but act discretely.”

While Stratfor believes these recent troop additions are French, it recognizes that they are “not intended to take part in any significant combat operations.” Yet it predicted that the “preliminary foothold could facilitate a rapid buildup of the base in the future.”

Italy, France, the United Kingdom and the United States have all discussed sending troops to Libya as the conditions deteriorate. Estimates of Islamic State fighters in Libya have ballooned to 6,000 after the United Nations reported around 3,000 in late 2015. At the same time, Libya’s multiple competing governments are in a weak position to counter any Islamic State expansion.

The U.S. ambassador to Italy said on March 4 that Italy would send 5,000 troops to Libya; however, Prime Minister Matteo Renzi later firmly denied those statements.

The U.S. is unlikely to commit further troops to Libya, at least not while under the current administration. President Barack Obama indicated in an interview with the Atlantic that Libya had descended into a mess because the Europeans who convinced him to intervene did not see the mission through. The president blamed “free riders” in Europe who were unwilling to “put skin in the game.” He later added, “I had more faith in the Europeans, given Libya’s proximity.”

Europe has been hesitant to step into Libya since Muammar Qadhafi’s downfall in 2011 (even after the November Paris terrorist attacks, which killed 130, triggered France to declare war on the Islamic State). Many Libyans would despise a large international presence, so Western countries have to work discretely to avoid political repercussions. Also, the number of competing governments makes organization difficult without getting pulled into competing rivalries.

As the Islamic State’s presence in Libya increases, Europe will be forced to act more overtly. For a big-picture analysis of these events, read “The Next War in Libya.”