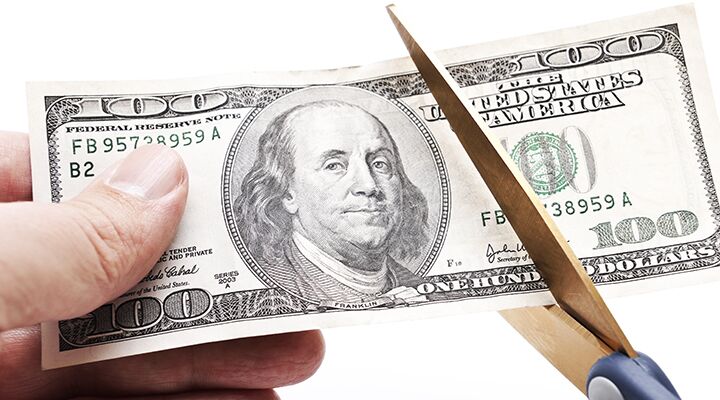 The collapse of the Central States Pension Fund is part of a dangerous trend.

Four hundred thousand Americans just found out they are not going to get the pensions they were promised. It is part of a trend sweeping the nation—it’s called the suddenly poor life.

The Central States Pension Fund told its members on February 16 that they needed to take a massive cut in benefits—or the fund would be completely empty in 10 years.

Members face a 40 to 61 percent cut in benefits depending on age, what company they worked for, and various other factors. The average loss appears to be approximately $1,400 per month.

This is the best-case scenario.

If the pension plan goes bankrupt and falls back on the government-backed Pension Benefit Guarantee Corp., people will get even less.

The result is that many retired people are back out looking for jobs—not to support their lifestyles but themselves.

“What’s happening to us is a microcosm of what’s going to happen to the rest of the pensions in the United States,” said Jay Perry, a longtime Teamsters member.

Perry is probably correct. Public-sector pension funds are grossly underfunded all across America.

Tens of millions of Americans are not going to get the benefits they are planning on! This is an underappreciated trend that will have a profound effect on America’s economy.

Consider this: In Chicago, a recent report found that the city’s unfunded pension liabilities totaled 10 times the entire city’s revenues. According to analysts, this means that the city will soon be paying 50 percent of its revenue just to cover pension costs.

New York City now spends more money paying pensions to retired police officers than it does to active ones.

States are as well. Illinois’s pension burden has brought the state to its knees financially speaking. Ninety-three percent of the state’s retirement systems are underfunded, according to Wilshire Consulting’s 2015 report. The state spends almost a quarter of all its revenues just on pensions.

In California, unfunded liabilities are so huge that it is projected that taxpayers will have to foot an annual $28.3 billion tax increase for the next 30 years to pay for promised benefits, according to Wayne Winegarden, senior fellow in business and economics at the Pacific Research Institute. According to Steve Greenhut, “California faces death by pensions.” David Crane, former chief pension adviser to Gov. Arnold Schwarzenegger, said the only way California’s pension plans won’t go bust is if the Dow Jones Industrial Average soars to 28 million by 2099. The Dow currently sits at around 16,800.

Add it all up and states owe $4.1 trillion to their pension plans. This is money that needs to be in plans today—earning interest and compounding—to pay for promises.

Puerto Rico announced late last year that its government pension fund will be empty in five years or less—and it has no money to shore it up since the island is bankrupt. Around 119,000 people currently pay into that fund.

What is left of private-sector pensions is just as bad. General Motors said in February that it will sell 20- and 30-year bonds in order to meet its pension obligations.

Think about that! America’s biggest car company is borrowing money—not to invest—not to develop new products—not to build more cars—but to pay pensions. And this is at a time when GM is selling record numbers of vehicles! Every financial planner in the world will warn you never to borrow money to “invest” in the stock market. But thus is the desperation of General Motors. The city of Chicago did the same not long ago.

Of course the biggest broken retirement funds are at the federal level. Social Security, Medicare and Medicaid liabilities range from $55 trillion to $222 trillion depending on whom you ask. Don’t blame Obamacare though. It only added $17 trillion to the hole.

But here is the scary thing no one is talking about. Even ignoring the massive, unpayable federal liabilities, tens of millions of unsuspecting Americans are headed for the suddenly poor life.

And don’t think the Pension Benefit Guarantee Corp. (pbgc) has your back. As of 2015, the fund had $88 billion in assets and $164 billion in obligations. If just the Central States Pension Fund mentioned at the top of the article decided to continue paying out its money till it was gone and then declare bankruptcy—it would completely wipe out the Guarantee Corp.

In 2014, the pbgc estimated that it would be completely out of money by 2025 and it had a 50 percent chance of collapsing within the next eight years.

What will become of those who depend upon their benefits to survive? “You know anybody hiring a 73-year-old mechanic?” Central States Pension Fund member Rod Heelan was quoted by the Kansas City Star. “I’m available.”

When asked how he would cope, Gary Meyer summed up what will soon face many of America’s suddenly poor: “I guess food stamps,” he said. “Hopefully not.”