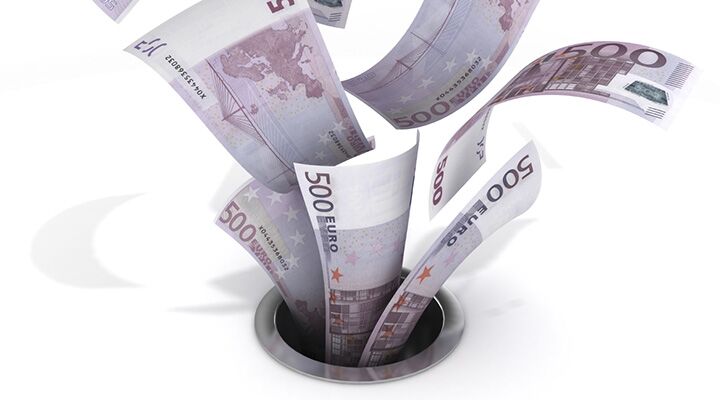 Centrifugal and centripetal forces are pulling at Europe. Which will win?

With a second European banking crisis all but certain, many analysts are adding their voices to those calling for the quick end of the eurozone. In that context, it is interesting to listen to what Germany’s banking authorities are saying because they have the power to pull the euro plug.

On February 9, Germany’s all-important Deutsche Bank, the nation’s largest bank, saw its share price plummet to its lowest levels ever. As recently as February 2014, its shares traded for $48. But by February 2015, they were down to $32 per share. At the beginning of January 2016, they were only $22 per share.

Then on February 1, Deutsche Bank shares sharply slid 7 percent—a new record low. The following day, they fell even further. More than a billion dollars worth of value was destroyed in hours.

But Deutsche Bank wasn’t alone. Virtually all of Germany’s big banks were decimated. And all of Italy’s. And Spain’s. And—Europe’s.

It is in this context of crisis and panic that Germany’s—and perhaps Europe’s—most important banker spoke.

According to Weidmann, Europe must create a “joint treasury” and a common Finance Ministry at the European level.

In other words, Europe needs to work toward a communal debt market and a European government with the power of taxation.

These are radical—national-sovereignty eroding—proposals. Solutions like these are expected from the French. But now they are coming from Germany’s most important banker!

“Seen from the Bundesbank perspective, this push comes as a surprise,” wrote Deutsche Wirtschafts Nachrichten, “especially because it will lead, in the end, to the dissolution of the Bundesbank. If the eurozone, as it is proposed, becomes a unitary state, national central banks will no more be necessary” (February 8; Trumpet translation).

Admittedly, Weidmann has previously signaled a willingness before to embrace a shared Europe, but never so dramatically. He also said that he didn’t think the idea would be politically feasible in the current climate.

But the idea is obviously being discussed at high levels. Groundwork is being prepared.

And more importantly, the market has listened.

Following the publication of Weidmann’s article, European financial markets stabilized. Deutsche Bank’s share price rallied 16 percent over the following week (although it has slowly begun to tail off again). Other European banks climbed as well. Happy coincidence? Maybe. Or maybe big money liked what it heard from Europe’s most important central banker.

Weidmann’s words appear to imitate “The Five Presidents’ Report: Completing Europe’s Economic and Monetary Union,” which was released in June 2015. It is a roadmap to fiscal and economic unification. EurActive summarizes:

The report’s authors say the resulting need for economies and budgets to converge would “inevitably involve sharing more sovereignty over time” but that steps would only be taken after 2017, following the French and German elections.

Countries in the European Union would inevitably be forced to “accept increasingly joint decision-making on elements of their respective national budgets and economic policies,” it says. The steps will “pave the way for some degree of public risk sharing,” a reference to a joint treasury and communal euro bonds.

Weidmann’s conforming words may have temporarily comforted markets, but the calm probably won’t last long. Nothing structural is fixed. And as the report brings out, little can be done until after the upcoming French and German elections.

Yet another banking crisis appears to be brewing. This one could be much worse than in 2008 because debt levels are so much higher. How will the crisis be exploited? The timetable could be sped up. What will European leaders do when they find themselves standing at the edge of the economic vortex, contemplating the total destruction of their banking sector, watching trillions in wealth disintegrate and unemployment skyrocket, leading to angry masses rioting in the streets of Paris and Amsterdam instead of only Athens?

Then the idea of pooling resources with Germany might not look that bad after all—because only one nation has the financial gravity necessary to hold Europe’s monetary center together and prevent it from spiraling out of control. And that nation is Germany. Even the German public might be swayed, especially if leadership of the communal club was offered. Is loss of sovereignty a small price to pay for safety and stability?