Germans should look closely at how immigration has changed their neighbor to the north. 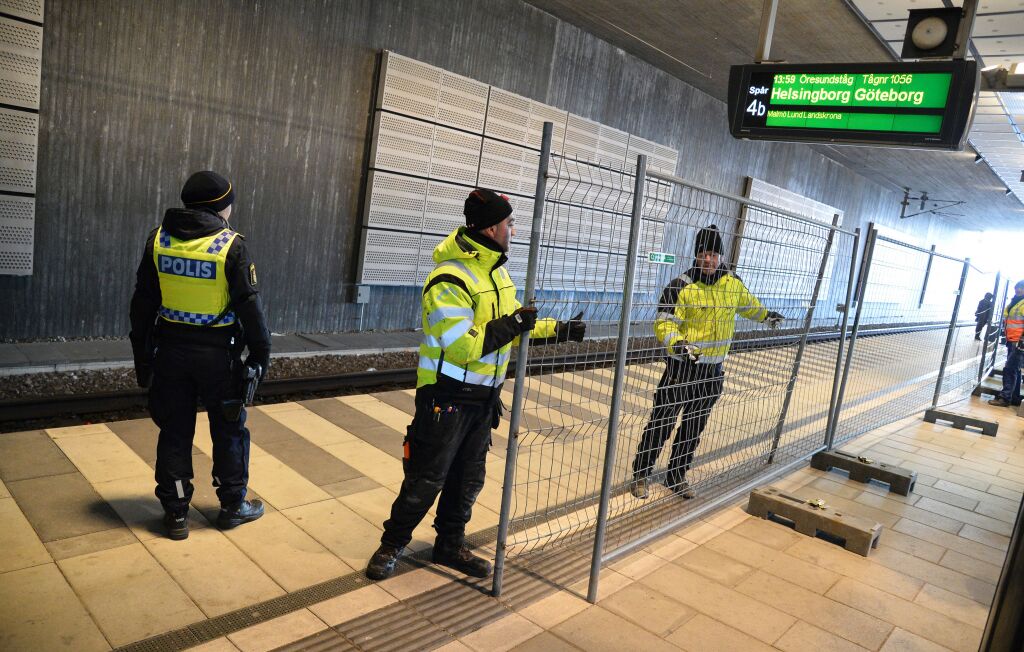 Germans should look closely at how immigration has changed their neighbor to the north.

Of all the nations in the European Union, Sweden’s attitude toward immigration has been most similar to Germany’s. It too welcomed immigrants with open arms. It too displayed a public outpouring of sympathy that made headlines as the nation rallied to help these immigrants. Sweden took in more migrants per capita than any other nation in Europe—in total over 160,000 for 2015.

And, like Germany, Swedish police, government officials and news executives have covered up mass sexual assaults by Muslim immigrants. Authorities have been reluctant to talk about migrant crime. Negative news about the tens of thousands of migrants has been swept under the carpet.

But the backlash in Sweden has come more quickly than in Germany. The public is fed up with the migrant crime wave. Now migrants are having to brave the Nordic winter in tent cities. Arson attacks on asylum centers are becoming common. The government knows it can no longer cope.

The result: Sweden has been forced into a dramatic U-turn. The problems became so bad that the pro-immigration politicians were forced to admit that they could no longer keep the door to migrants open.

“It pains me that Sweden is no longer capable of receiving asylum seekers at the high level we do today,” said Prime Minister Stefan Löfven in November. “We simply cannot do any more.”

Sweden’s Green Party deputy prime minister, Åsa Romson, cried as she announced the changes. “This is a terrible decision,” she said. But she did not quit the government, and thus supported that decision nonetheless.

Sweden’s border used to be wide open. For 15 years, Scandinavians have been able to travel freely between Sweden and Denmark across the Oresund motorway and railway bridge. Travel has been so easy and reliable that many commute daily from Sweden into Denmark.

That era is over. Border checks are now imposing long delays. It is no longer possible to catch a train into Sweden directly from Copenhagen’s main station. The checks have ended 60 years of passport-free travel between Sweden and Denmark.

Sweden’s leaders announced they will now do the bare minimum to accommodate migrants. “Sweden’s welcome mat now lies in tatters,” wrote the Washington Post. “Overwhelmed by the human tide of 2015, the center-left government is deploying extraordinary new border controls and slashing benefits in an unmistakable signal to refugees contemplating the long trek to Sweden in the new year: Stay out” (Dec. 30, 2015).

Despite these new measures, the migrant crisis has already transformed Sweden’s politics.

A YouGov poll on November 19 found that the Sweden Democrats would now win 26.7 percent of the vote in an election. This fringe party, considered by many on the left to be extreme or far right, came from nowhere to become the most popular political party in the country. Its nearest rival, the Social Democratic Party, polled at only 21.4 percent.

Since Sweden closed its borders, the Sweden Democrats’ popularity has declined. It has consistently polled around 20 percent—which still puts it roughly neck-and-neck with Sweden’s traditional parties.

Germany is walking down the same path as Sweden. At every turn, the two have addressed the migrant crisis in the same way. Sweden shows us what is coming soon to Germany. Except Germany’s response will have a far bigger effect on the world.

Germany has the largest population and the largest economy in Europe. It dominates the EU and is also at the heart of the migrant crisis. Between September 2014 and September 2015, one third of all requests for asylum across the entire European Union took place in Germany.

This also makes it far harder for Germany to fix its migrant crisis. Sweden can take action unilaterally—whereas Germany will have to deal with it on the EU level.

As 2016 begins, Germany’s response is already trending in the same direction as Sweden’s. In the first 12 days of 2016, Germany turned more immigrants back at the Austrian border than it did in all of 2015. Chancellor Angela Merkel’s beliefs on accommodating refugees have not changed, but the political climate, along with the simple practicalities of taking in so many people, is already forcing Berlin to transform its policy.

Meanwhile, Germany’s equivalent of the Sweden Democrats—the Alternative for Germany (AfD)—is surging to new heights in the wake of the Cologne attacks. A poll for Bild found that the AfD would win 11.5 percent of the vote if national elections were held today. The party has only run in the 2013 federal election, where it received 4.7 percent of the vote. It failed to reach the 5 percent minimum level of votes required to receive a seat.

This doesn’t mean Germany will follow Sweden’s every move. But its Nordic neighbor’s example proves that Germany’s current efforts are likewise unsustainable. Just the practical difficulties of taking in so many migrants will force a radical shift.