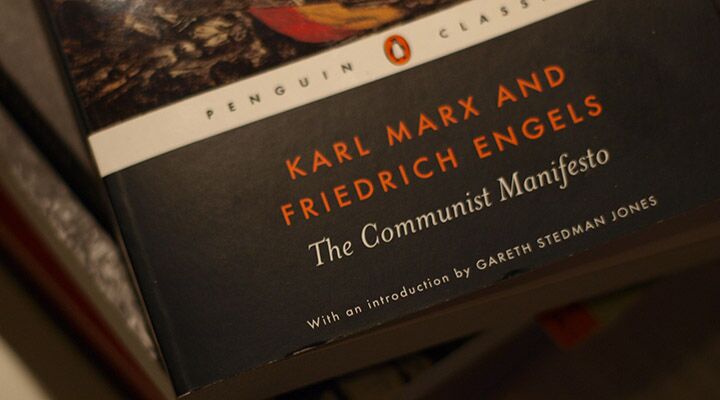 The failed theory is still hugely popular in university syllabi.

The Communist Manifesto is the third-most popular assigned book in universities’ syllabi, according to the Open Syllabus Project.

The Open Syllabus Project was made available to the public on January 22. It gathered over 1 million syllabi published on university websites, and set up a Syllabus Explorer to rank the frequency of assigned texts. The project’s founders describe it as an “effort to make the intellectual judgment embedded in syllabi relevant to broader explorations of teaching, publishing and intellectual history.”

University teachers list The Communist Manifesto, by Karl Marx and Friedrich Engels, more frequently in their syllabi than all but two other texts. Plato’s Republic is the second-highest assigned text; Elements of Style, by E.B. White and William Strunk Jr, is No. 1.

Marx’s manifesto is so popular because it can be assigned across a number of subjects including history, politics and sociology. Wealth of Nations by Adam Smith, a foundational text on capitalism and the next most popular text on economics, is found down the list—ranked No. 37.

Economist and former Marxist Thomas Sowell described a phenomenon he saw that is only now being proved by the data:

During my years on the lecture circuit, I liked to go into college bookstores across the country and see how many of their courses assigned The Federalist among the books students were to buy, as compared to how many assigned The Communist Manifesto or other iconic writings on the left.My survey of college bookstores across the country showed The Communist Manifesto virtually everywhere, often required reading in multiple courses—and The Federalist used virtually nowhere. Most college students will get only the left’s uncritical negativism toward the American form of government, under the rubric of “critical thinking.”

The Federalist Papers, which Sowell says could be described as “the Constitution for dummies,” is ranked No. 294 on Syllabus Explorer.

To understand the significance of the widespread dissemination of leftist ideologies among American students, read editor in chief Gerald Flurry’s article “The Roots of America’s Dangerous Turn Left.”