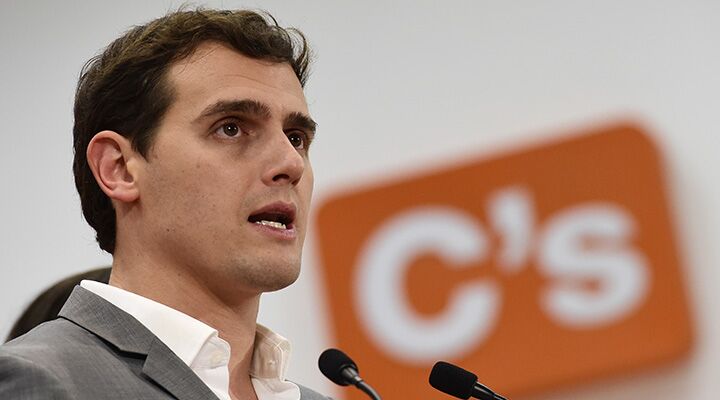 A political earthquake is sweeping across southern Europe. Italy’s banking system is on the brink of collapse. A Europe-wide revolt against Germany is brewing. Can the euro survive 2016?

Spain’s elections confirmed that southern Europe is going through a political earthquake. The tremors first destroyed the mainstream parties in Greece. This autumn, Portugal was plunged into unprecedented political turmoil. Now, they’ve been followed by Spain. Meanwhile, Italy sits on the brink of a major banking crisis. With the voters of southern Europe in open revolt against German-imposed austerity, can the euro survive 2016?

Europe has not seen political upheaval on this scale since the 1930s. In the Spanish election, just over a week ago, the two traditional parties lost—big time. Its outcome makes it much harder for any southern European nation to submit to German demands for austerity.

The center-right Popular Party lost its majority—though it still emerged with the largest share of the votes—after going through the biggest drop in support for a ruling party in over 30 years. Meanwhile, the center-left Socialist Party (psoe) experienced its worst result ever in post-dictatorship Spain, at only 22 percent.

Two new parties are now storming up behind them. Podemos, meaning “we can,” is a left-wing party that received 21 percent of the vote. The party was only founded in March 2014. Meanwhile, Ciudadanos, probably best described as a libertarian party, has been around since 2006 but stood in its first national election in 2014, where it won 3 percent of the vote. This time, it won 14 percent. Both these parties have come from nowhere to be major political players in just over a year.

To make matters worse, there is no logical coalition going forward. For starters, there’s little incentive for the new parties to form any kind of coalition with the old. They’ve just spent the election campaign denouncing Spain’s traditional parties as corrupt and inept; they would damage their credibility if they immediately supported a coalition government led by one of these parties.

But even if that obstacle were overcome, neither the left nor the right could form a majority. If the Popular Party allied with Ciudadanos, they’d fall short. The same with the Socialists and Podemos. It might be possible to cobble something together with the help of the smaller parties that received a handful of seats each, but such a coalition would be hard to form and even harder to keep together.

The next option would be a grand coalition between the Conservatives and the Socialists. Such an agreement would be suicide for the Socialists—many of its remaining voters would quickly switch to Podemos. Which is why the Socialists have already ruled it out.

So Spain is in limbo—heading either for an incredibly rickety coalition, a minority government or new elections.

This should sound familiar. Greece is ruled by Syriza, a party that never won more than 5 percent of the vote before the financial crisis. Greece has gone through just about every possible combination of unstable governments and early elections since the crisis hit.

Across Europe, upstart parties are breathing down the necks of their more established rivals.

Meanwhile, Portugal has just come through its own election drama. With no clear coalition after its elections held on Oct. 4 2015, the center-left Socialist Party came together with the Left Bloc and far-left Portuguese Workers’ Communist Party with a plan for a coalition. It would have been the first time a government ever relied on the Communists. But the coalition was blocked by the president—partly out of a desire to ensure the country didn’t deviate from the budget rules necessary to remain in the euro, and partially out of a more understandable desire to keep the Communists out of power. Instead, he gave the conservatives the first shot at forming a government.

Quite predictably, it failed, and now the Communists are supporting the ruling coalition.

In every country, local issues have played a major part in each election. But the trend is clear. Any party that accepts austerity in return for a bailout is doomed. Austerity is breaking the entire political system of southern Europe. And it is turning people against Germany.

“Our message to Europe is clear,” said the leader of Podemos, Pablo Iglesias. “Spain will never again be the periphery of Germany. We will restore the meaning of sovereignty.” That’s the type of rhetoric that’s popular in southern Europe right now.

It’s more than just upstart parties that are turning against Germany. Mainstream leaders are joining them as well. Many are dissatisfied with Germany’s leadership in dealing with the euro crisis. Others are angered by Germany’s stance on migrants. In the eyes of some, Germany caused the crisis in the first place by allowing in unlimited numbers of immigrants to Europe, and now it is telling other European Union nations to take in migrants or face sanctions.

Then there’s Germany’s actions over Russia. It pushed Europe to renew the EU’s sanctions on Russia for another six months. Italy wanted to delay a decision on sanctions extension, but Germany rejected the idea. At the same time that Germany is blocking other nations from trading with Russia, it is working on some very important deals.

Germany and Russia are working on a second natural gas pipeline under the sea connecting the two nations. If complete, it would give Germany a major power boost—more than 90 percent of Russian gas exports to Europe would go to or through Germany.

But Germany’s double standard is not popular. As Reuters recently wrote:

Merkel’s critics rounded on her at an end-of-year EU summit. Italy’s Matteo Renzi, backed by Portugal and Greece, attacked her refusal to accept a eurozone bank deposit guarantee scheme.The Baltic states, Bulgaria and Italy denounced her support for a direct gas pipeline from Russia to Germany at a time when the EU is sanctioning Moscow over its military action in Ukraine and has forced the cancellation of a pipeline to southern Europe.”It was pretty much everyone against Merkel in the room,” a diplomat who heard the exchanges said.

This doesn’t mean Europe is facing an immediate revolt against German hegemony. But any new crises could trigger a major power struggle. Mainstream politicians have learned from Greece and now Spain that submitting to German austerity probably means destroying your political career, and perhaps even taking your party down with you. Meanwhile, with countries across the Continent chaffing under German leadership, a country pushed toward austerity stands a better chance than ever of gaining allies.

Meanwhile, Germany isn’t pushing countries into austerity just because it likes to be bossy. If Berlin makes it easy and pain free to receive a bailout, then Germany would have to pay hundreds of billions to southern Europe.

Two opposing forces are building toward a clash. On the one hand, Germany’s prosperity is at stake. It needs to be able to export cheaply to southern Europe, but at the same time, it can’t afford to bail southern Europe out. This has already pushed Germany to dominate Europe, and the German people fully support this. If anything, German voters want their leaders to be harsher on southern Europe—their tax money is at stake. On the other hand, the same forces that prompted Greece to rebel against German austerity are at work in southwestern Europe.

How these two forces will interact remains to be seen. Germany may win an open victory. Or the two sides may reach a compromise. Faced with radical Islam, America in retreat, and an aggressive Russia, they may find a way to put aside these differences.

Either way, these two forces will take Europe further down the road to total collapse in 2016. It may get bad, very bad, for the union, before it gets better.

“Watch closely,” wrote Trumpet editor in chief Gerald Flurry back in 2011. “Germany will use this crisis to force Europe to unite more tightly. In the process, some eurozone countries will be forced out of the union. When that happens, the pundits will say European unification is dead, that the European Union has failed. Don’t listen to them!”

The transformation of the 19-member eurozone into the 10-nation superstate that the Trumpet has forecast for decades will require a lot of pressure. It may be a messy process. Nations will not give up their sovereignty unless they’re forced to. Things may have to get pretty desperate. As Mr. Flurry wrote, the EU may even look dead. The political turmoil in southern Europe is helping to build the crisis necessary to force European unity.

For a more thorough background on the forces behind the euro crisis, read our article “Look Who Rules Europe!”