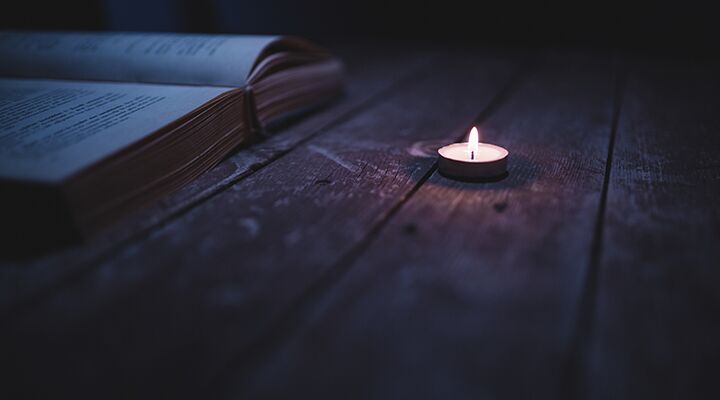 Fewer than 40 years after Jesus Christ, Satan caused God’s true church to disappear for a century.

I challenge you to find a written record of God’s true Church from a.d. 70 to 170. Outside of John’s epistles in the Bible, you will find nothing. This is a real shocker, a disgrace, but not if we understand Satan’s rabid desire to blot out all God creates.

God’s own people during this time allowed Satan to take over because they were spiritually asleep—unaware that they were Satan’s number one target. They didn’t use God’s power to conquer the devil. Because of their failure, a.d. 70-170 became known as the “lost century.”

One Bible historian after another has marveled at this century shrouded in mystery. In The History of the Decline and Fall of the Roman Empire, Edward Gibbon wrote, “The scanty and suspicious materials of ecclesiastical history seldom enable us to dispel the dark cloud that hangs over the first age of the church.”

Jesse Lyman Hurlbut called this century “the age of shadows” in The Story of the Christian Church. In Lectures on Ecclesiastical History, William Fitzgerald described it as a “period of transition” over which “great obscurity hangs.”

“The 30 years which followed the close of the New Testament canon and the destruction of Jerusalem, are in truth the most obscure in the history of the church,” wrote Samuel G. Green in A Handbook of Church History. “When we emerge in the second century we are, to a great extent, in a changed world.”

Excerpts such as these should deeply concern any Christian. How could an entire century simply vanish? What’s even more alarming is the church that emerged from the darkness.

“But Christianity itself had been in the process of transformation as it progressed and at the close of the period was in many respects quite different from the apostolic Christianity,” wrote William McGlothlin in The Course of Christian History.

Why would God’s true Church ever change? Why does everyone assume that the Church Christ founded and the distinctly different church that peaked through the fog of the lost century are one and the same?

“There we see a church calling itself Christian, but it is totally a different church, as different as night is from day, down from up, and black from white,” wrote our predecessor, Herbert W. Armstrong, in Mystery of the Ages. “But it called itself Christian.”

Whenever God builds something, you can be sure that Satan will erect a counterfeit soon thereafter. The true Church officially began on the day of Pentecost a.d. 31. This took place in the midst of the powerful Roman Empire, which stretched from Britain to modern-day Turkey.

Just two years later, Simon the sorcerer came on the scene (Acts 8). “Simon Magus … unquestionably adulterated Christianity with pagan ideas and practices, and gave himself out … for an emanation of God,” wrote Philip Schaff in History of the Christian Church. “This heresy, in the second century, spread over the whole church, east and west, in the various schools of gnosticism.”

This Simon Magus acted like he was God! He must have been demon-possessed. Satan gave him great power to oppose God’s Church. Simon’s influence spawned “various schools of gnosticism”—these taught adherents to worship false gods instead of the true God.

Satan the devil has deceived the whole world (Revelation 12:9). This includes the tens of thousands of Christian sects worldwide—except for one. For 1,900 years after Christ’s death, Satan suppressed the delivery of the true gospel message around the world! And it all started with Simon the sorcerer.

Here is what Mr. Armstrong wrote in The Incredible Human Potential about Simon’s demoniacal persecution of the true Church: “Thereupon this Simon appropriated the name of Christ, calling his Babylonian mystery religion ‘Christianity.’ Satan moved this man and used him as his instrument to persecute and all but destroy the true Church of God. Before the end of the first century, probably by a.d. 70, he managed to suppress the message Christ had brought from God. There ensued ‘the lost century’ in the history of the true Church of God. There was a well-organized conspiracy to blot out all record of Church history during that period. A hundred years later, history reveals a ‘Christianity’ utterly unlike the Church Christ founded.”

Simon pushed God’s Church to the brink of total destruction. Then he attached the name of Christ to his Babylonian mystery religion. This certainly doesn’t mean he started preaching the gospel Christ taught.

A fierce controversy arose over which gospel to preach. People had to choose between the message Christ taught about the coming Kingdom of God or a counterfeit, shallow, syrupy message about Christ the man. Obviously, the latter won out.

“And as he sat upon the mount of Olives, the disciples came unto him privately, saying, Tell us, when shall these things be? and what shall be the sign of thy coming, and of the end of the world [or ‘age’]?” (Matthew 24:3). The word “age” is better here, because if you understand God’s plan, you know that the world won’t end. But the age of man’s rule over man will.

Then in verse 14: “And this gospel of the kingdom shall be preached in all the world for a witness unto all nations; and then shall the end come.”

Think about that for a moment. Simon Magus suppressed the true gospel message. Christ told His disciples that the message being proclaimed again on a large scale would be a sure sign of His Second Coming. Has this happened yet? If it had occurred in a.d. 500, 1200 or 1800, then Christ would have returned already.

Herbert W. Armstrong fulfilled this prophecy in the 20th century. He met with more world leaders than any head of state. The Worldwide Church of God, which he founded, had 120,000 members scattered all over the planet. At the time of his death in 1986, the Plain Truth newsmagazine had more subscribers than Time and Newsweek combined. At its peak, the wcg amassed well over $200 million in income in a single year. Most importantly, he proclaimed the gospel of the coming Kingdom of God.

The persecution of the Apostle John’s day was only a type of this end time. False ministers devoured the brethren while John was in prison on the Isle of Patmos. We have seen a similar departure from the truth today.

When John wrote about the last hour, he thought it applied to his lifetime. Then he wrote the book of Revelation and understood the time order of events much better.

God revealed to me on May 5, 2001, that the last hour had begun. Just four months later, on September 11, we witnessed the biggest terrorist attack on American soil ever. We know that God cast Satan out of heaven and confined him to this Earth when Mr. Armstrong died, and now Satan is full of wrath (Revelation 12:12). I believe that terrorist attack was a sign of the increased urgency we need in fighting Satan during the final days before Christ’s Second Coming.

“For many deceivers are entered into the world, who confess not that Jesus Christ is come in the flesh. This is a deceiver and an antichrist” (2 John 7). God’s people were surrounded by deceivers! But John was not sad or discouraged.

“And these things write we unto you, that your joy may be full” (1 John 1:4). John had a vision that pierced the darkness looming over God’s Church. He knew that Christ would return one day to rule with strength and tender love.

John knew that those who support Christ before He returns will receive a special reward (2 John 8). God wants to give us a full reward. What is it? “Behold, what manner of love the Father hath bestowed upon us, that we should be called the sons of God: therefore the world knoweth us not, because it knew him not. Beloved, now are we the sons of God, and it doth not yet appear what we shall be: but we know that, when he shall appear, we shall be like him; for we shall see him as he is” (1 John 3:1-2).

We will be Gods! How could anything top this future?