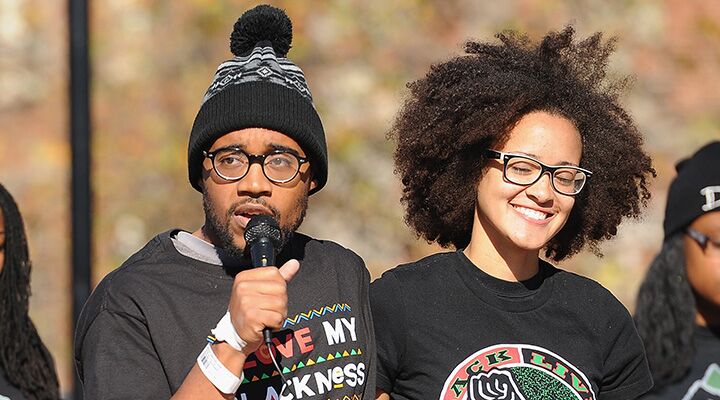 What happened in Missouri is only the beginning.

When University of Missouri president Tim Wolfe resigned on November 9, he did every college student in America—including African-American students—a great disservice. The end result will be more racism, violent racism, not less.

When Wolfe stepped down, he said that he did so out of love—out of love for Missouri University. While that may be true, that doesn’t mean his actions won’t have dangerous consequences.

You might not realize this, but a college president’s chief concern is not about educating students. It is about fundraising and cheerleading. It is about raising money, cultivating donors, developing corporate sponsors, bringing in all-star professors with all-star access to government research grants, and landing the next basketball, baseball or football phenom. It is managing the college’s prestige and reputation.

When student protesters gained national attention, especially after Concerned Student 1950 went on a nationally reported hunger strike, Tim Wolfe could no longer do his job. So for the “good” of the college, he stepped down. When the football team went on strike, it was the final nail in the coffin. Each game missed forced the college to pay $1 million in penalties. So stepping down was also good for the college financially.

But when Wolfe resigned, it was not for the good of the students. He effectively threw tinder under every college campus in America, including his own.

Wolfe’s refusal to fight—specifically his refusal to confront the lies and expose the racist underpinnings of his accusers—validated the ideas of the radical black empowerment movement. It empowered the radical left. And now the sparks from his campus are igniting similar protests on college campuses across America.

As Breitbart News wrote on November 9, “Given the hydra of hysterical campus activism that … is springing up across the nation, it’s hard to know where it will end.”

Just days after Wolfe’s resignation, protests on Claremont McKenna College led to the resignation of its dean of students and junior class president. And the protests are just beginning.

But consider the situation at Mizzou. First, realize that there was no evidence of systemic racism at the university. None. Protesters ranted about the supposedly racist system in America but astoundingly were full of generalities and short of specifics.

Second, the so-called incidents of racism that occurred were few and mostly anecdotal. One white student supposedly referred to a black student in a derogatory way. There were other similar occurrences that essentially amounted to name-calling. The police were never called. No reports were filed. One of the most high-profile cases didn’t even occur on campus or by confirmed students. In essence, almost every supposed incident amounted to a “he said, she said.” There was a case where a swastika was drawn on a bathroom wall with human excrement. But nobody knows who did it. In another case, someone painted over the word “black” on the Black Cultural Center sign. In 2010—five years ago—two white students dumped cotton balls onto the lawn outside the Black Culture Center. Not to say that these actions should be condoned, but does this sound like an epidemic in a college with an enrollment of over 35,000 people?

Third, the University of Missouri student body president—who is black, who wrote about the supposed accounts of racism by whites, and who helped spark the protests—is a documented liar. He claimed that there were kkk members on campus, for which he was never able to provide a shred of evidence. He warned students to stay indoors and away from windows, and he purported to be “working with” the University of Missouri police, the state police and National Guard over the threat. Police conducted an investigation that did not uncover any evidence of the kkk. He eventually apologized. When running for office, he promised to “ignite Mizzou.” He has certainly accomplished that.

As former Mizzou tight end and current local high school football coach A.J. Ofodile said, “Through this whole process I haven’t heard one example of any oppressive action or policy that is systemic in nature. I’ve seen tons of examples of individual bigotry and claims that those incidents weren’t handled appropriately, but at this point, I have to seriously doubt that people fully understand what systemic oppression really is” (emphasis added throughout).

But if the University of Mizzou is not a hotbed of white racism, what were the protests really about?

Power. Money. And racism of a different kind.

Concerned Student 1950 was pretty explicit in its demands. The activist group revealed the mind-set of the black empowerment-Black Lives Matter movement that it represents. Here is the group’s ultimatum sent to president Wolfe: “The following document presents the demands of Concerned Student 1950. This document reflects the adjustments that we feel should be made to the university. We expect a response to these demands by 5:00 p.m. on October 28, 2015. If we do not receive a response to these demands by the date above, we will take appropriate nonviolent actions.” The ultimatum continued:

Not only do our white peers sit in silence in the face of our oppression, but also our administrators who perpetuate that oppression through their inaction. The black experience on Mizzou’s campus is cornered in offices and rarely attended to until it reaches [the] media. Then, and only then, do campus administrators seek reactionary initiatives to attest to the realities of oppressed students, faculty and staff. These temporary adjustments to the university’s behaviors are not enough ….

Not once in the document do the protesters say how they have been oppressed. Not once do they give an example. But there are a lot of complaints that the university and white people haven’t done enough—yet no specific explanation of how they are being discriminated against. Why do you think that is?

In the ultimatum, Concerned Student 1950 references a parade that African-American student demonstrators interrupted. You can watch the video of the students complaining about white oppression from the 1950s, 1930s, 1865 and even 1839:

In the section titled “List of Demands,” the Concerned Student 1950 movement writes:

We demand that the University of Missouri system president, Tim Wolfe, writes a handwritten apology to the Concerned Student 1950 demonstrators and holds a press conference in the Mizzou Student Center reading the letter. In the letter and at the press conference, Tim Wolfe must acknowledge his white male privilege, recognize that systems of oppression exist, and provide a verbal commitment to fulfilling Concerned Student 1950 demands.

The students demanded that Tim Wolfe apologize for being a white male, and confirm that black students were being systematically oppressed! This is how radical these students are. They continue:

We demand the immediate removal of Tim Wolfe as UM system president. After his removal, a new amendment to UM system policies must be established to have all future UM system president and chancellor positions be selected by a collective of students, staff and faculty of diverse backgrounds ….

Translation: We choose who the president and chancellor are.

The ultimatum went on to demand that all students and faculty be mandated to take racial awareness and inclusion curriculum. This is the type of grievance indoctrination promoted by groups such as the Pacific Educational Group. Basically, it is propaganda trying to brainwash students into believing that America as a nation is inherently racist and that all white people are subconsciously racist even if they don’t appear to be. The document then demands that the university give more money to various programs and outreaches for minority students. Interestingly, it also requires that the university meet the “Legion of Black Collegians’ demands that were presented in 1969” (more on that later).

In the face of these insulting, inflammatory and racist demands, Tim Wolfe resigned. Without even challenging the lies. The radicals got their way.

A few days later, the university appointed a new president. And who is this man?

Michael Middleton, the man who founded the Legion of Black Collegians back in 1969, and who personally delivered his own list of race-related demands to the University of Missouri in 1969.

“We have to understand our ugly history permeates everything we do at this institution and in this country,” Middleton said after taking the job.

Middleton noted that his race likely played a role in his hiring and warned that because he was black, we should expect certain people to naturally attack him.

Missouri University’s new president admits that race played a role in him landing the job. And the students protesting supposed racial bias cheered the appointment of a man who was given the job because of his race.

These radicals don’t really care about ending racism. They just care about black empowerment. The Washington Post reported that protesters shouted a profanity-laced, racially charged tirade. One student was pinned against the wall while a student yelled in her face. Are these protesters yelling racial slurs really concerned about ending racism? Why didn’t you see any of the protesters renouncing this kind of activity?

Watch these Black Lives Matter protesters as they invade a library to berate students about their supposed-white privilege:

The protests are not about equality. Just like the “hands up, don’t shoot” movement, which is based on a lie, really isn’t about ending police brutality. This is about power and money, plain and simple. Just look at Al Sharpton, Van Jones, Louis Farrakhan, Jeremiah Wright and the rest of their grievance industry, race-baiting ilk that is increasingly being legitimized in the media and by the White House.

When Wolfe resigned, he quoted Psalm 46:1, “God is our refuge and strength, a very present help in trouble.” He said it gave him comfort.

The race problems on America’s campuses are a direct result of removing God—and ignoring His laws.

God is not a respecter of persons. He loves all races. And He wants all people to live happy, prosperous lives.

But God is also a God of laws. And when those laws are broken, there are effects. If you want to understand how God says to solve America’s race problems, look no further than to the actions of the members of the Emanuel African Methodist Episcopal Church in South Carolina. Gerald Flurry highlights their commendable example in his article “How to Solve America’s Race Problems.” But realize that the Bible says that because America won’t change, race wars are in the future.

Tim Wolfe might have resigned out of love. But giving in to hateful radicals—who believe white people are inherently racist and who want to overthrow the “white male privilege” system of oppression that supposedly defines America—is not the way to show love to the other 35,000 students at Missouri University who are actually trying to get a real education, nor to the students at every other college that will now suffer similar disruptions.