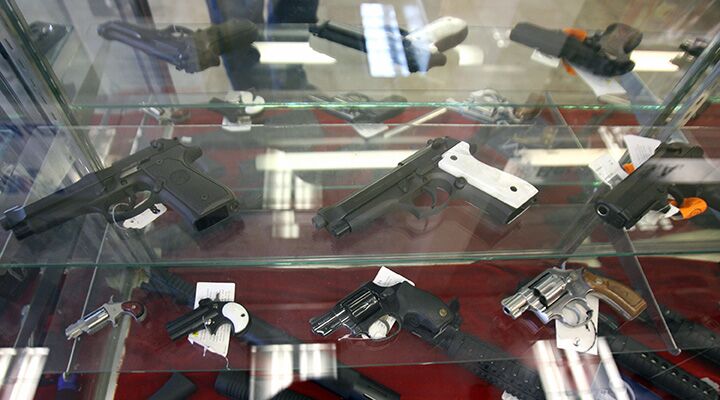 And the historically highest sales month of December is still to come.

In almost every year since the fbi started recording background checks in late 1998, the month of December has had the highest number processed. There have been only two exceptions to this trend: In 2008, it was November, when Barack Obama was elected president of the United States; and in 2013, gun sales skyrocketed in January following the Sandy Hook School shooting the month before. This trend indicates that the record numbers of sales will increase as the year ends.

Every new gun purchase within the United States requires a background check (private sales do not always require checks), meaning the figures give a good indication of the number of guns sold.

When gun sales surged in late 2008, a number of commentators said that President Barack Obama was the “greatest gun salesman of all time.” As sales surge once again, this statement is being brought back. “Barack Obama and Hillary Clinton are the best gun salespeople on the planet” was the reinvention by head of the Second Amendment Foundation Alan Gottlieb. “The more they scream for new gun control laws, the more guns walk off the shelves at gun stores.”

Despite those calls for stricter gun control, America’s gun violence isn’t due to a lack of gun control, but a lack of character control. To understand, read “How to Prevent Another Sandy Hook Massacre.”