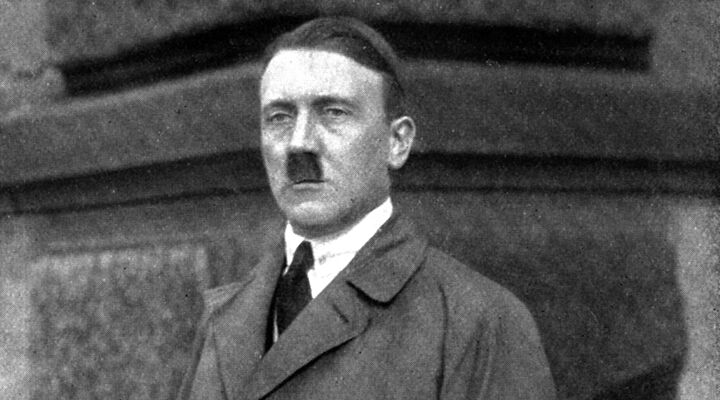 The success of a newly released film in which Adolf Hitler is resurrected and returns to Germany reveals a sobering reality.

Imagine if Adolf Hitler were resurrected and plunked down in the center of Berlin or Dusseldorf or a sleepy German village in rural Bavaria. What would the 20th-century despot think of modern Germany? More interestingly, what would modern Germans think of Hitler?

This is the plotline of Look Who’s Back, a new film recently released in Germany. Look Who’s Back is based on the bestselling novel by Timur Vermes, and is a Borat-style satirical film in which Adolf Hitler comes to life and attempts to start a life in modern Germany. In the film, the resurrected Hitler travels the country, making observations, stirring up trouble, and, most interestingly, interviewing ordinary Germans. When Hitler sees Angela Merkel, he describes her as a “clumsy woman with the charisma of a wet noodle.” When he learns that Poland is still in existence, he acts surprised, remarking, “… and in German territory no less.”

Look Who’s Back has been a massive hit, at least by German standards. In its first two weeks it sold more than 1 million tickets and made more than $10 million. Last weekend, it snatched first spot from Pixar’s Inside Out, making it the number one recent release in Germany. The movie is already being prepared for international release.

Although it’s only a movie, more than a few commentators—many of whom are Germans, including the film’s director, David Wnendt—have expressed concern at what this movie has apparently uncovered. Deutsche Welle explained the reception Hitler and his film crew received as they traveled across Germany. “Everywhere they went, they got similar reactions: passersby who cheer Hitler on as he drives past, stand upright and make the Hitler salute. Many took photos.” The Washington Post interviewed Wnendt: “Most of these people react to the sight of one of the 20th century’s vilest leaders with excitement and amusement. They pose for selfies with the feared Nazi leader and perform the famous Hitler salute for him” (emphasis added).

The Hitler salute is actually illegal in Germany, but these people didn’t mind—and neither did the authorities, it would seem.

I realize that we’re talking about a movie, and a comedy at that. But isn’t this a little odd and somewhat disconcerting? What should we make of the fact that most of the people Hitler came into contact with greeted him warmly and enthusiastically? Does this reveal a worrying complacency with Hitler and his despicable legacy?

Get this. Of the 300 hours of video footage of Hitler conversing with the German public, there were only two incidences of individuals responding negatively to this actor playing Hitler. One occurred in Bayreuth, Bavaria, where a man walked up to Hitler and said: “In the year 2014, if someone comes to the central square in Bayreuth pretending to be Hitler, and if that is tolerated by the general public, then I have to say: ‘This is bad for Germany’ … ‘and if it were up to me, I would have you chased off.’”

This man’s point is absolutely legitimate, but what’s incredible is that only one man expressed it!

During his interview with the Post, Wnendt—a German himself—shared how surprised he was by how many ordinary Germans had no qualms about conversing with Hitler, and at the same time expressed xenophobic, racist views about foreigners living in Germany. One woman complained that Germany’s problems were the result of foreigners living in Germany. One man explained that immigrants from Africa had caused Germany’s IQ to drop by 20 percent. Another complained that foreigners could do whatever they wanted because Germans were too full of guilt about World War ii. “We Germans are not allowed to open our mouths because we still have that stigma,” he said.

These people made these remarks on camera, while in conversation with a man made to look like Adolf Hitler.

Another thing too: This entire movie was filmed in the summer of 2014—long before the current migrant crisis!

One scene in particular caught Wnendt by surprise. The aim of the scene was to see if Hitler could persuade a group of soccer fans to assault a man (another actor) who was making anti-German remarks. Wnendt recalled how surprised he was by how quickly Hitler was able to incite the young Germans to violence. If Hitler didn’t step in, Wnendt recalls, they would have beaten up this man.

“The largely positive reaction to Hitler among Germans may remind some of the way Mao Zedong is treated in China, or Joseph Stalin in some parts of Russia—as a kitsh curio,” the Post reported. “These extreme opinions are not coming from the fringes, but from the center,’ Wnendt explained. [They’re] not neo-Nazis, but normal middle-class people.”

Again, isn’t this disconcerting? It seems that Adolf Hitler, one of the cruelest men in history and a man once met with repulsion and disgust, is today more of a curiosity and amusement. According to Wnendt, ‘If you put him [Hitler] on a T-shirt, I think people would buy it.” This film, and its terrific success, reveals an alarming complacency—and even an affinity—for Hitler. This film, and the millions who watch it, trivialize the history of Hitler, the murder of 6 million Jews, and the entire history of World War ii. The history of the Holocaust includes some of the most despicable behavior ever committed by humans. Shouldn’t that history be untouchable, at least by comedians? Isn’t it a little worrying that there is a healthy appetite for these sorts of films? Shouldn’t we be concerned that in 2015 Germany, Hitler sells?

“It’s hard to say just how many people in Germany openly, or behind closed doors, support the npd [a far-right party with neo-Nazi views] and how many would tell you over a beer that things under Hitler really weren’t that bad,” Deutsche Welle wrote. “What the film makes clear—albeit in an over-the-top way—is that Nazi criminal Adolf Hitler is actually not quite as omniscient as we Germans tend to believe.”

Hitler is making a comeback right now in another way too. On January 1, Mein Kampf (My Struggle), Hitler’s defining manifesto outlining his radical views—and his ambitions—will enter the public domain. The copyright for Mein Kampf has been held by the state of Bavaria since the war, but when it expires December 31, the book will be available to publish and distribute. There has been an ongoing debate in Germany over whether or not Mein Kampf should be allowed to be published. Some, mainly Jews and Jewish organizations, want the book to be banned. They fear it could open a Pandora’s box of issues and troubles. But the majority—arguing in the interests of freedom of speech and freedom of the press—believe Mein Kampf ought to be published and made freely available.

So, starting next year, Mein Kampf will be available for purchase in German and French.

What are we to make of this newfound fascination in Germany with Adolf Hitler? Should we be concerned that the German people, in general, seem to view Adolf Hitler with curiosity and amusement and, in many cases, affection? I discussed this issue earlier this week on the Trumpet Daily Radio Show. Since Monday, I’ve had three to four e-mails from listeners supporting the suggestion that more Germans than most people realize have a soft spot for Hitler. One man commented: “Make no mistake; the belief that Hitler was a ‘good leader’ is very prevalent in Germany! I was married to a German (in another lifetime). Her parents, middle-class, hard-working people, held just that view—[that] Hitler was a good leader. He did much good for the country. That is a view that has never been eradicated from the German thinking.”