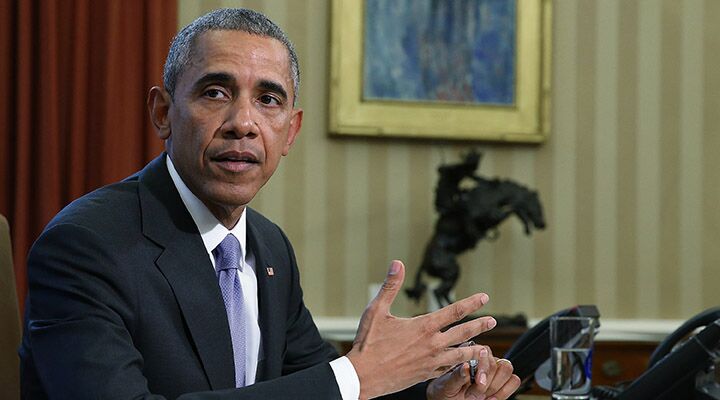 Victor Davis Hanson wrote a piece on October 20 in which he decried the West’s “Moral Equivalence in the Middle East.” He wrote:

In the current epidemic of Palestinian violence, scores of Arab youths are attacking, supposedly spontaneously, Israeli citizens with knives. Apparently, edged weapons have more Koranic authority, and, in the sense of media spectacle, they provide greater splashes of blood. Thus the attacker is regularly described as “unarmed” and a victim when he is “disproportionately” stopped by bullets.

That’s how these Palestinian terrorists are often described in major media reports.

Hanson explained how the Obama administration is “incapable of distinguishing those who employ terrorist violence from the victims against whom the terrorism is directed.”

But when Israel intervenes to stop Palestinian terrorism, many in the West turn on Israel and make it out to be the aggressor.

There used to be a time when American leaders staunchly supported Israel in its fight against terrorism. President John F. Kennedy, for example, in 1962 wrote to Israeli Prime Minister Golda Meir, “The United States has a special relationship with Israel in the Middle East really comparable only to what it has with Britain over a wide range of affairs.” Back then, there was no doubting who was responsible for the evil. And there used to be no doubt about how Israel was supposed to respond to terrorists threatening its existence.

But this special relationship with Israel is unraveling just as the Bible prophesied in Zechariah 11:14 and Isaiah 9:21 (New King James Version). If you want to know why that alliance has been so strong, request our free book The United States and Britain in Prophecy.

[President Barack] Obama’s Middle East policies are in shambles. Phony red lines, faux deadlines, reset with Putin, surrendering all the original bargaining chips in the Iranian deal, snubbing Israel, cozying up to the Muslim Brotherhood, dismissing the threat of isis, allowing Iraq to collapse by abruptly pulling out all American troops, giving way to serial indecision in Afghanistan, ostracizing the moderate Sunni regimes, wrecking Libya, and setting the stage for Benghazi—all of these were the result of administration choices, not fated events. One of the results of this collapse of American power and presence in the Middle East is an emboldened Palestinian movement that has recently renounced the Oslo Accords and encouraged the offensive of edged weapons.

The Palestinians see the alliance between the U.S. and Israel unraveling—and they are using this to their advantage. Without the United States and Britain, Israel is virtually alone! This gives you an idea why the Jews, in desperation, will soon turn to Germany for help, as the Bible prophesies (Hosea 5:13).

But there is a second, more general explanation for the moral equivalence and anemic response from the White House. The Obama … administration is the first postmodern government in American history, and it has adopted almost all the general culture’s flawed relativist assumptions about human nature.

We’ve talked about this before—what modern education teaches about human nature—that it is good—that we can negotiate with evil people and get them to like us.

It’s contrary to reality, and it’s contrary to the Bible’s teachings. The Bible talks about human nature as a sickness that requires a physician. It’s deceitful, and it’s naturally not subject to God’s law.

Affluent and leisured Western culture in the 21st century assumes that it has reached a stage of psychological nirvana, in which the Westernized world is no longer threatened in any existential fashion as it often was in the past. That allows Westerners to believe that they no longer have limbic brains, and so are no longer bound by Neanderthal ideas like deterrence, balance of power, military alliances, and the use of force to settle disagreements. Their wealth and technology assure them that they are free, then, to enter a brave new world of zero culpability, zero competition, and zero hostility that will ensure perpetual tranquility and thus perpetual enjoyment of our present material bounty.

The inability to make moral judgments is a problem that plagues Europe as well, as the Continent grapples with an epic migrant problem. In a piece titled, “In Defense of Christendom,” Bret Stephens wrote: “Europe is dying because it has become morally incompetent. It isn’t that Europe stands for nothing. It’s that it stands for shallow things, shallowly.” Europeans, he wrote, no longer believe in “fighting or sacrificing or paying or even arguing for [their Judeo-Christian traditions].”

Referring to how overwhelming force has preserved Western civilization in the past, Hanson explained: “The tragic but necessary resort to disproportionate force by the attacked not only taught an aggressor that he could not win the fight he had started, but also reminded him that his targeted enemy might not be completely sane, and thus could be capable of any and all retaliation.”

In today’s world, Western leaders can no longer make a sharp distinction between the attacker and the victim!

As Melanie Phillips wrote in her book The World Turned Upside Down, “Self-evident common sense appears to have been turned on its head. … [S]elf-designated ‘victim groups’ have turned right and wrong, victim and aggressor inside out. … Nothing is really as it is said to be.”