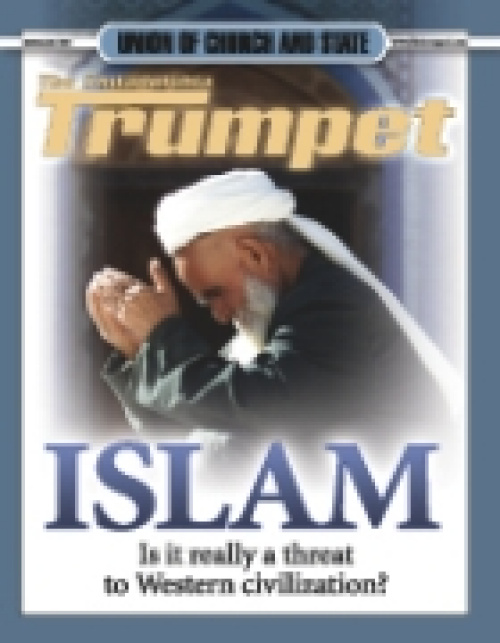 According to Greek mythology, Zeus spied Europa on the beach. He transformed himself into a beautiful white bull, with horns like a crescent moon. After she had climbed on his back, he plunged into the waves and then ravished her. Europa conceived a son, was conceded divine status and titled “Queen of Heaven.”

The EU is drawing on the pagan folklore surrounding its namesake, Europa, to help bind an emerging United States of Europe into a sense of mutual togetherness. Conveniently for the architects of this fast-evolving “modern” Europe, European national traditions are deeply rooted in pagan mythology; and paganism, especially when linked with Catholicism, is something that most of Europe has in common.

What is so ironic is that while these EU symbols originate in paganism, their prophetic meaning is revealed in the Bible: “[A]nd I saw a woman sit upon a scarlet coloured beast” (Rev. 17:3). This image in fact represents a united Europe (the beast) being dominated by the Roman Catholic Church (the woman). In one last spectacular, gruesome revival of the Holy Roman Empire, this ominous force will take the world by storm, provoking a Third World War so terrible it defies the imagination to envisage the horror.

You must grasp just who the prophetic woman and the beast in Revelation are! Ask for your free copy of Germany and the Holy Roman Empire.