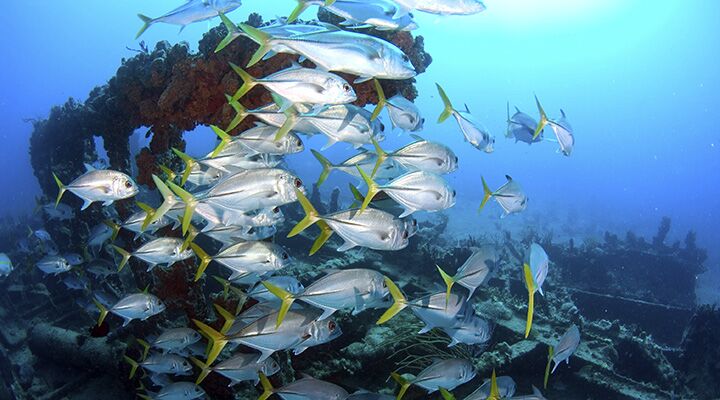 New research has led to the shocking discovery that half of the world’s marine life has been killed off since 1970. Some of the greatest declines were in fish types critical to human consumption, the World Wildlife Fund (wwf) warned in a report released on September 15.

The major cause of this potentially catastrophic drop in marine species is overfishing. Marco Lambertini, director general of wwf International, said, “In the space of a single generation, human activity has severely damaged the ocean by catching fish faster than they can reproduce.”

Coral reef, mangroves and sea grasses are in dramatic decline due to pollution, overexploitation and recreation. French biologist Gilles Boeuf, commenting on the report, pointed out the seriousness of this: “Coral reefs occupy less than 1 percent of the ocean surface, but they harbor a third of ocean species.” This loss of habitation has been catastrophic for fish populations.

Some marine organisms have been hit harder than others. The family of fish that includes tuna and mackerel has declined 74 percent since 1970. A quarter of shark and ray species face extinction. Four shark species in the Mediterranean have not been spotted in 30 years.

Philippe Cury, a scientist at the Research Institute for Development in Marseille, highlighted how distressing these figures are, stating that fifty percent is a critical threshold for loss of marine life. He added, “When you go below 50 percent, ecosystems begin to malfunction.”

The implications impact everyone. The ocean “feeds billions of people around the globe, some of whom rely solely on the oceans to survive,” said Prof. Ken Norris, director of Science at Zoological Society of London. Dr. Louise Heaps, chief adviser on Marine Policy at wwf-UK said that “healthy seas are the bedrock of a functioning global economy.”

Greed and carelessness have resulted in unsustainable practices that are producing dire consequences for the entire human population. Only now, after so much destruction, are people finally asking, “Where have all the fish gone?” To see how man’s unsustainable activity can be reversed, read “The Sea That Became a Desert.”