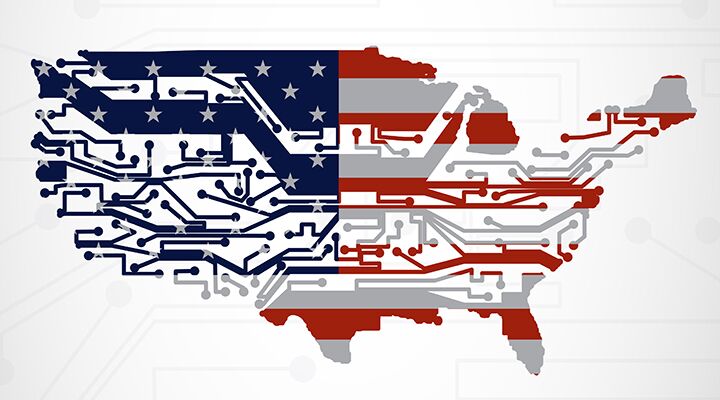 The White House is launching an unprecedented collection of sensitive data on Americans. How will the data be used?

United States President Barack Obama wants to know how often your kids get disciplined at school. And he wants to put it in a national database. He also wants to know the details of your mortgage, health records, where you live, what jobs you have applied for, how much debt you have, places of work, incarcerations, and any arrest records. He wants it all—for every person living in America—and he wants it in one big mineable database.

He wants to know one more critical thing too: your race.

What is going on? According to President Obama, in an interview with the Marc Maron show in June, the legacy of racism in America is in “almost every institution of our lives.”

This giant new race database is President Obama’s keynote effort to ferret out inequalities between whites and minorities. And enforce “racial and economic justice.”

It’s already being used to build cases and target offenders.

It works like this. The government searches the reams of data for evidence of what it calls “disparate impact.” It looks for cases where expected racial outcomes don’t match the percent of races within the population. And then—offenders are targeted.

For example: The new Consumer Financial Protection Bureau is providing everyone’s credit card accounts categorized by race to the government. Credit card companies supposedly charge higher interest rates on average to minorities. If it is found to be true, the companies will be prosecuted by the Justice Department. It won’t matter if minorities on average have lower credit scores and higher default rates than whites, thus justifying higher interest rates. The racial disparity itself is the proof of racism.

Under Consumer Financial Protection Bureau guidelines, big banks have to report the race of their employees and all job applicants. Blacks make up 13 percent of America’s population. If blacks make up less than 13 percent of Wall Street employees, these corporations are targeted for prosecution.

Again, “racial disparity” is the crime. Qualification of applicants or lack of qualified applicants does not matter. To remedy this, these companies have to hire minority applicants instead of whites, regardless of who is better qualified. In this case, whites will be discriminated against to produce the racial quota expected by population.

It is like what happened in South Africa after the end of Apartheid. The government mandated that a certain percentage of every company had to be black-managed. So companies hired blacks, regardless of qualification, to meet quotas.

The new Civil Rights Data Collection project targets the education system. It is collecting data on every student in America based on race. As we wrote about in June and December, the government says that because black and Latino students are suspended at rates higher than white and Asian students, the education system is biased against them.

The Justice Department refuses to consider outside factors that could cause black students to be more likely to misbehave and thus to warrant discipline. For example, it does not believe that broken families could be the major cause of student misbehavior. Schools that refuse to stop suspending black students out of proportion to their population have their funding cut. So now, for example, only white students are allowed to be suspended in Minneapolis and St. Paul schools.

President Obama’s Justice Department is also targeting police forces and the correctional system. It is well known that blacks make up 40 percent of inmates in federal prisons—far beyond their 13 percent within the general population. To the Obama administration, this is “disparate impact” and thus proof of entrenched racism within the police and the justice system.

Recently some people have been pushing back against this idea that police are, on average, racists, or that teachers are, on average, racists. As a response, the White House has promoted the concept of “unconscious racism” and “unconscious bias.” This is the idea that police, teachers—white people in general—are racist in their actions, but not knowingly so. It is similar to the idea that white people can’t fully understand what racism is because they have never experienced it.

For an idea of what President Obama is working toward, consider his July 16 trip to an Oklahoma correctional facility. While there he told six inmates that “but for the grace of God,” it could have been him in jail because he used to smoke weed and do cocaine as a youth. He said the reason they were there and that other Americans weren’t was because they didn’t have the support systems the rest of us have. He quoted the inmates as urging America to consider what it could have done to reach them before they were incarcerated. The implication is that racist America is at least partially to blame.

Again, “disparate impact” does not consider alternative reasons for any disparity. It is the proof of racism.

Drug and alcohol abuse is higher within the African American community than the general populace. Thus it would be expected that more African Americans would be arrested for drug use. But this does not matter. What matters is that arrests and convictions match race population profiles.

Perhaps the most Orwellian of these new government surveillance programs is the Affirmatively Furthering Fair Housing database. It charts neighborhoods by racial groupings to identify the ones that need rebalancing. It is an effort to diversify America’s wealthier neighborhoods.

The Department of Housing and Urban Development (hud) said it was needed to end decades of deep-rooted segregation in America. Much of this racism is subtle, and many perpetrators are probably unintentionally harming minorities, the agency has said. It gave the example of real estate agents not showing a home in a wealthy neighborhood to a black family because of “unconscious bias.”

Here is how the New York Post’s Paul Sperry describes how the Affirmatively Furthering Fair Housing database will be used: “hud plans to drill down to an even more granular level, detailing the proximity of black residents to transportation sites, good schools, parks and even supermarkets. If the agency’s social engineers rule the distance between blacks and these suburban ‘amenities’ is too far, municipalities must find ways to close the gap or forfeit federal grant money and face possible lawsuits for housing discrimination.”

The Federal Housing Finance Agency provides the credit scores, debt outstanding, and employment history to be tested against racial data. It is an effort to make sure that banks are giving mortgages and other loans to minorities at the same interest rates as whites. And the percentage of mortgages that minorities are getting matches their percentage make-up of the local community. Already the Justice Department has shaken down the big banks for hundreds of millions of dollars in settlements because they don’t give enough loans to minorities to match population statistics.

“Even if no one has complained about discrimination, even if there is no other evidence of racism, the numbers themselves will ‘prove’ that things are unfair,” writes Sperry.

“Such databases have never before existed. Obama is … creating a diversity police state where government race cops and civil-rights lawyers will micromanage demographic outcomes in virtually every aspect of society. The first black president, quite brilliantly, has built a quasi-reparations infrastructure perpetually fed by racial data that will outlast his administration.”

“All this is doing is fanning the flames of racial strife,” said Stephen Flurry. “Don’t take my word for it. That is what God prophesies.”

If you want to understand where President Obama’s new race database is taking America, you need to read the booklet America Under Attack. Read it online or order a free copy by clicking on the link.