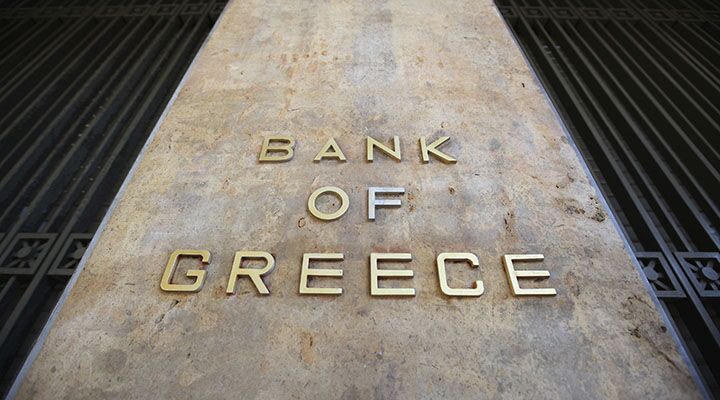 Everyone’s talking about Europe’s economy. But at the heart of the crisis is a very different problem.

Greece is on the brink yet again. It has to pay the International Monetary Fund (imf) €1.5 billion (us$1.7 billion) by the end of the month. And that’s the start of a gauntlet of loan repayments—it owes $11 billion by the end of September. Meanwhile, it has not agreed to a deal to get that money. With time running out, European officials are reportedly preparing for a catastrophe. “The Greek saga is finally reaching its climax, we think,” said Morgan Stanley’s head of foreign exchange strategy.

What will happen? Will Greece leave the euro? Will it submit to Europe’s bailout conditions? Will it trigger a financial crisis? I don’t know. But I do know that in the long term Greece is going to remain under the European Union’s influence.

To understand where Greece is going, we first need to understand how we got here. In late 2008, Greece was in serious financial trouble. No one thought this would happen. The financial markets and the European Union were completely unprepared. Greece owed billions to banks and financial instructions across the EU. If these banks didn’t get their money, some of them would go bankrupt too, triggering a chain reaction that would cause a global financial crisis.

So Europe stepped in. Now most Greek debt is owned by institutions like the imf, the European Central Bank (ecb) and eurozone governments. If Greece didn’t pay back its debts now, it would not trigger that kind of global crisis.

Speculation has risen that this is what EU officials planned all along. The “bailout” in 2008 wasn’t designed to save Greece. It was designed to stave off the crisis long enough for the EU to shore up its position so that Greece could go bust without causing a global crisis. Now that the eurozone has had time to prepare, the theory goes, these officials are quite happy to let Greece go bankrupt.

Not everyone agrees. Letting Greece quit the euro and go bust still has its risks. Paper currencies are based on confidence. Europe’s banks can remain intact, but if confidence in the euro collapses, then that will still cause a major crisis.

But there is a more significant reason that some—including German Chancellor Angela Merkel, if the rumors are to be believed—oppose leaving Greece high and dry.

Greece is central to both of these challenges. And that has changed the bailout calculus.

“The last thing Europe needs right now, with Russia once more clawing at its door and renewed meltdown in the Middle East, is another bout of geopolitical instability in its own backyard,” wrote Telegraph assistant editor Jeremy Warner. “Not since the war has European unity looked quite so fragile.”

“According to German press reports, Greece is already in secret talks with Russia on future military cooperation, including a factory to make Kalashnikovs on Greek soil,” he continues. “These reports should perhaps be taken with a large pinch of salt as no more than anti-Greek propaganda. Even so, the broader threat of geopolitical realignment is not without foundation. Indeed it was the primary reason why Greece was fast-tracked into the EU and then the euro in the first place.”

Nobody should underestimate the political hurricane that will follow if Europe proves incapable of holding monetary union together, and Greece spins out of control. The post-war order is already under existential threat from a revanchist Russia.State authority has collapsed along an arc of slaughter through the Middle East and North Africa, while an authoritarian neo-Ottoman Turkey is slipping from the Western camp.To lose Greece in these circumstances—and to lose it badly—would be an earthquake.

Greece, Serbia and a few others in the region have deep historic ties to Russia. They are Orthodox Christian countries. Historically, Russia has backed and protected these countries against the powers of central Europe. Communism’s victory in Russia and its defeat in Greece abruptly severed this relationship. But in the post-Cold War world, it could easily happen again. The same geography and strategic logic that lay behind the relationship in the past still exists. And European leaders know that.

“Merkel frets about the wider risks of Grexit—the stability of the euro, the EU’s standing, but also the geopolitical implications of weakening a state at Europe’s crucial southeastern border,” wrote Christian Odendahl, the chief economist at the Center For European Reform.

The Eurasia Group also reported that this problem was on German leaders’ minds:

Russia’s destabilization of Ukraine has likely made Europe’s choices even more difficult, by removing the illusion that President Vladimir Putin’s Russia was on a path to converge with the West. Instead, the prospect of instability in the Balkans, the Black Sea area, and the Eastern Mediterranean has become even more pressing. This, rather than financial contagion, seems to be the real problem for Europe and is certainly what currently preoccupies Germany most.

Such a rapprochement would devastate European security. After having expanded nato right up to Russia’s borders, the West would suddenly find that Russia had leapfrogged them and gained an ally in prime position to project power in the Mediterranean. In the 1990s, Europe and nato fought a war to ensure their control over the Balkans. They’re not about to lose an even more important piece of real estate.

This is not merely a hypothetical situation. Greek Prime Minister Alexis Tsipras has kept in touch with Russia throughout the crisis. He will be meeting Russian President Vladimir Putin on Friday—even as the crisis intensifies.

The Middle East is also a major concern here. As the Trumpet has noted before, Cyprus is a very strategic base for Europe to project power to the Middle East. When German ships are patrolling the Lebanese coast, they’re based in Cyprus. Britain owns airbases and listening posts that cover much of the Middle East.

Cyprus is Greece’s little brother. The part of Cyprus in the EU is the Greek half—its citizens speak Greek. Not only do ethnic, cultural, political and religious ties exist here. But also concrete economic ties. Cyprus only needed bailing out in 2013 because of how closely its economy was tied to Greece. Cypriot banks owned $25 billion of Greece government bonds. Over one quarter of Cyprus’s exports go to Greece. Where Greece goes, Cyprus will follow, as much because of economic necessity as cultural ties.

If Greece leads Cyprus and Serbia out of the EU’s orbit, at one stroke Europe’s ability to project power south and east is cut off. That’s not to say that if Greece leaned toward Russia, the other two nations would immediately follow. Instead, it would give Russia a major opportunity to gradually influence these nations over time.

Does this mean the EU will pull out all the stops to prevent Greece from leaving the euro? That it’ll give Greece everything Greece wants? Not necessarily. But it will affect how Greece quits the euro—if it does quit in the end.

If Greece leaves the euro, the EU will make sure it remains in the European orbit. Even Wolfgang Schäuble—the bad cop in the Greek drama, who reportedly wants Greece out of the euro—wants to give Greece a kind of European Marshall Plan afterward. Earlier this week, German European Commissioner Günther Oettinger said that EU officials were preparing plans to help Greece if it descends into a state of emergency if the Greek economy collapses. They have plans, he said, to ensure the power stays on, hospitals get medical supplies, and the police get paid.

Undoubtedly all this would be very helpful for the Greek people. But it would also ensure Greece remains a European ally if it leaves the euro. It couldn’t drift over to Russia if its police were being paid by Brussels, or if German cash was keeping the power on.

Even in the case of the unthinkable—a complete breakdown of law and order in Greece—Europe could get involved. This possibility seems remote now, but it was all too real in the fiery days of the 2008 crisis. After Russia invaded Ukraine last year, nato has been making preparations to counter a “Little Green Men” invasion—a shadowy invasion of a nato member by Russia. It’s easy to see how these same preparations could be used to secure a chaotic Greece, especially one in which some factions leaned toward Russia.

As the Trumpet has said from the start of this crisis, the euro was designed to bring the EU together. Its architects knew it would provoke crises until Europe is forced to create a common government to go with the common currency. Some members of the eurozone may not be part of that common government. But Europe is not going to let this tool designed to create unity push some of its members over to Russia.

For more information on the plan behind the euro crisis, read Trumpet editor in chief Gerald Flurry’s article written at the start of the crisis: “Did the Holy Roman Empire Plan the Greek Crisis?”

You can listen to Richard Palmer discuss this with theTrumpet.com managing editor Joel Hilliker below.