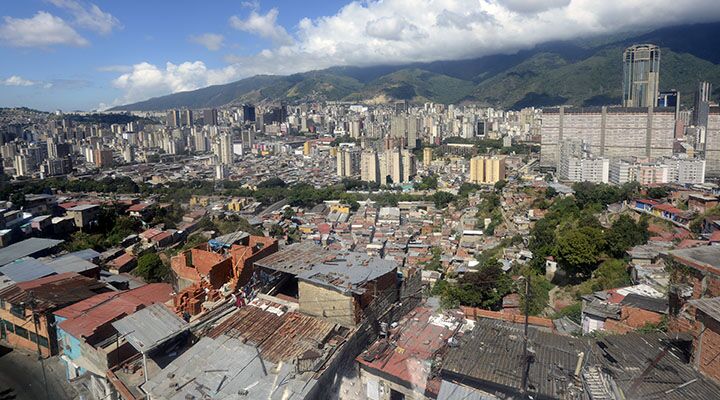 Why are there are only 5 properties for rent in a city with a metropolitan area of over 5 million?

It is now virtually impossible to find an apartment to rent in Venezuela. But this is not due to a booming economy or growing population. It is due to socialist dictator Hugo Chavez’s ban on evictions and state-mandated rent freezes.

In 2003, former Venezuelan President Hugo Chavez passed a law banning landlords from raising rents. It was supposedly an effort to help poor people who could not afford the cost of rent, which was skyrocketing due to currency devaluation and price inflation. The order led to an almost immediate 25 percent decline in rental units available.

By 2006 the shortage had become so dire that Chavez issued an expropriation ordinance aimed at property owners who would not rent to tenants at government-mandated rates. The number of rental units plunged by 51 percent.

Then in 2011, in another poorly conceived attempt to help renters stay in their units at absurdly low government-set rates, Hugo Chavez essentially banned evictions altogether—basically giving squatters’ rights to any renters still lucky enough to be in an apartment.

According to Venezuelan paper Libre Mercado, in the capital of Caracas, with a metropolitan area of over 5 million, there are only five units officially listed for rent (Global Economic Trend Analysis, June 1).

Is that really so shocking? It is obvious that landlords would not want to risk losing control of their property to a squatter just to earn ridiculously low government-mandated rent. So now, instead of poor people struggling to pay rent, increasing numbers are forced to live in shantytowns without amenities due to the lack of available housing. Once again, socialist central planners make things worse.

Socialism does not work. It is a tool used by politicians to maintain power. And eventually, it destroys economies.