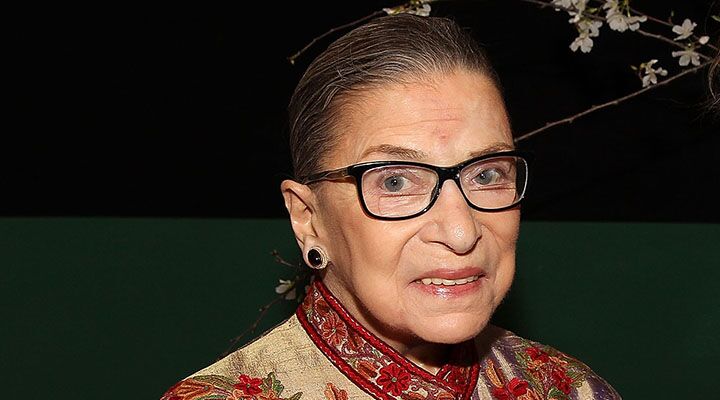 Writing for the New York Times, Maureen Dowd wrote about the ceremony: “With a sly look and special emphasis on the word ‘Constitution,’ Justice Ginsburg said that she was pronouncing the two men married by the powers vested in her by the Constitution of the United States.”

The U.S. Supreme Court is now considering the question of homosexual marriage. During the proceedings in April, Ginsburg opined that “[m]arriage today is not what it was under the common law tradition, under the civil law tradition.” She added that same-sex couples “wouldn’t be asking for this relief if the law of marriage was what it was a millennium ago.”

Ginsburg is the most senior justice of the four liberals on the Court. Her interpretation of reality is that there is an evolving “law of marriage,” and therefore, traditional law is no longer adequate or sufficiently “egalitarian” to satisfy the will of the American people. Her view of marriage represents the prevalent one in the United States.

Yet some still question the rationale for conferring the marriage label on same-sex couples. “[H]ow do you account for the fact that, as far as I’m aware, until the end of the 20th century, there never was a nation or a culture that recognized marriage between two people of the same sex?” asked Justice Samuel Alito. “[I]s it your argument that they were all operating independently based solely on irrational stereotypes and prejudice?”

Justice Ginsberg is an enthusiastic proponent of a “living Constitution,” which simply means, making it conform to our changing human wills.
As Justice Alito points out, only a handful of nations have ever given the official “marriage” label to same-sex couples, and all of those have done so only in the last few years.

So America is now taking historic steps to defy the creator of marriage. Justice Ginsberg is an enthusiastic proponent of a “living Constitution,” which means making it conform to our changing human wills.

The situation today is very like the one described in Judges 21:25, where “every man did that which was right in his own eyes.”

In the booklet Character in Crisis, Trumpet editor in chief Gerald Flurry and executive editor Stephen Flurry wrote, “Our ancestors—biblical Israel—fell as a nation because every man was doing what he thought was right. … The big question is, why? The answer is in today’s headlines and all around us! The people were deeply degenerate and cared only for themselves. That led to their downfall. … Any good history book would teach us that we are headed for disaster. Today, ‘New Israel’ is on course to follow in the same path our ancestors took. We have forsaken our God and the ideals of our forefathers.”

The day has come when the foundational law of our land is being completely cast aside, despised and denigrated almost as much as God’s law of life and liberty for mankind, the Ten Commandments. Now, the United States stands ready to proclaim to the world that it supports a practice that has never been accepted until very recent times.

Supreme Court justices hold an office sworn to protect, defend and uphold the Constitution as it was written. But these extremely liberal individuals are applying “evolving” interpretations to decide what constitutes “liberty and justice for all.” But, as God warned in Isaiah 59:4 (New King James Version): “No one calls for justice, Nor does any plead for truth. They trust in empty words and speak lies; They conceive evil and bring forth iniquity.”