Of such is the kingdom of heaven—but look how they’re treated on Earth. 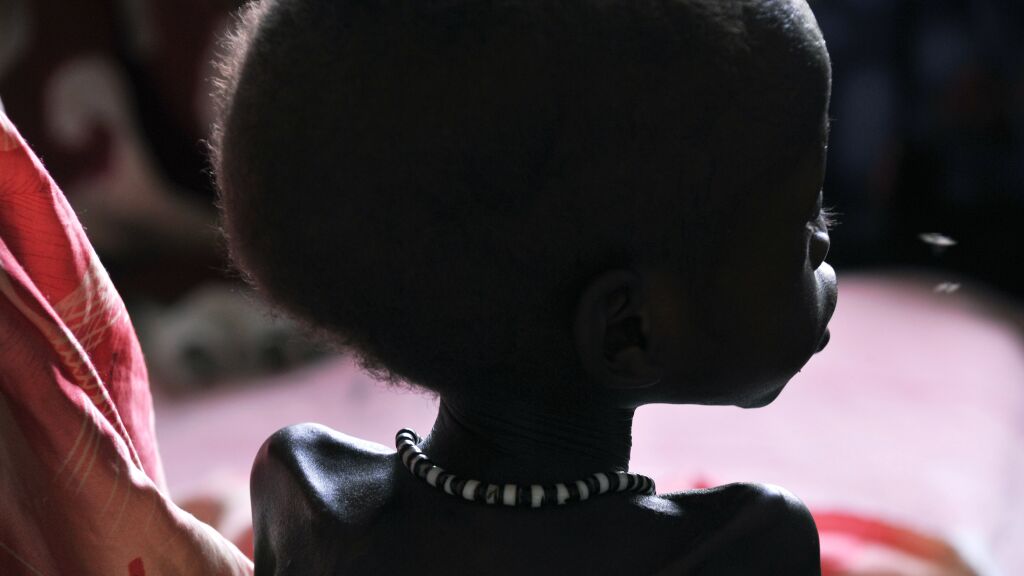 Of such is the kingdom of heaven—but look how they’re treated on Earth.

While mankind worries over declining numbers in some animal species, a much more significant disaster is happening.

According to the unicef Report of 1998, famines, wars and other catastrophes account for only a small part of child tragedy. Worldwide malnutrition accounts for much more. When the totals from all sources are added together, the stark reality is that children are the most preyed-upon form of life in the 21st century.

According to one source, hundreds of thousands of children are lost every year. In 1997 alone, 850,000 children were reported missing just in the United States. More than 12 million children under age 5 die each year from health conditions alone, and 10 million have been traumatized by war (unicef, “State of the World’s Children,” 1997). An entire generation of children is being destroyed.

Malnutrition has been called the silent emergency. It is implicated in more than half of all child deaths worldwide. If it doesn’t kill, it cripples or destroys intellectually. It is no respecter of persons. Malnutrition exists in every strata of society in one form or another. Not dependent upon, but always following on, the heels of war and disease, it destroys individuals, families and communities.

Yet, in the media, the ups and downs of the stock market are accounted more newsworthy.

The global toll of such a ravage against the young is impossible to calculate fully, and, although certain isolated organizations have made valiant efforts, the worldwide crisis of hunger and malnutrition has failed to stir governments and societies to begin practicing ways which would bring prosperity to their land.

It is estimated that half of South Asia’s children are malnourished. In Africa, one in three are underweight, and the situation continues to worsen in several countries of the continent. Not only does the problem become significant to the individual, but it also threatens the future success of offspring of that individual.

According to unicef, children affected by armed conflict in the past decade are estimated to include 2 million killed, 1 million orphaned and about 4.5 million disabled. Bbc World Service states the following facts: Ninety percent of modern war casualties are children; half the world’s refugees are children (12 million); and in the war in Chechnya, thousands of children still are homeless, and many hundreds orphaned.

In the short story A Song for Europe, Ferne Arfin drew the tragic images of children in the war for Sarajevo: a young girl terrified when she first saw stars because she had never seen them before. She was the youngest and smallest when the war began. Her memory included the guns that made “stars” when they fired against planes, and that’s what she thought the night’s stars were. The pictures she drew contained skies colored orange because she’d never seen a blue sky. Death was everywhere. She was an orphan found by other children who were themselves orphans of a terrible conflict.

They hide in fear, in cellars, scrounging for whatever food can be found, moving about at night in order to escape detection. This was the picture of life in Sarajevo, in a world where children are the victims. What will become of them? If they live, they could become child laborers—at least 250 million school-age children do so. They may work in a mill or sweatshop, ten hours a day, seven days a week, making the products that sell in affluent countries for bargain rates. Or they will become the fodder of child pornography.

“Suffer little children, and forbid them not, to come unto me: for of such is the kingdom of heaven” (Matt. 19:14).

There is a being alive today who was around when Christ made that statement. He is the reason for the war on children. This is his world (ii Cor. 4:4). He hates mankind, because man has been given the opportunity to become a member of the God family which will ultimately rule the universe. He is the reason for the attack on children as he influences the governments of this world toward greed and fratricide—killing our own family.

The world has remained aloof from the killing of children. That is soon to change. If we do not begin to respect the life that belongs to God, the attack against humanity will come ever closer until it erupts with fury upon our own doorsteps. Then our children will be the ones hiding in cellars—crying, hungry, orphaned or worse!

There are organizations dedicated to the feeding and saving of children. We do not fault their efforts. They have purpose and determination. But at best, they can only partially treat the effect. Only the Trumpet magazine proclaims the cause for the problems of this world: disobedience to God’s law! There is room for more laborers in this mighty cause.