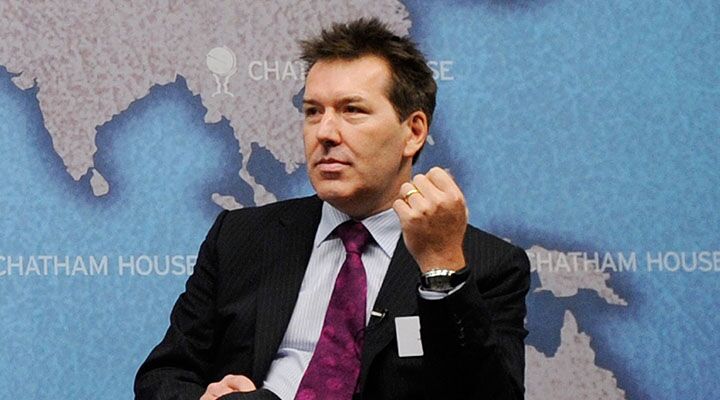 An economist from the world’s third-largest bank has compared the global economy to the Titanic.

In a note to clients on Wednesday, hsbc chief economist Stephen King said, “The world economy is like an ocean liner without lifeboats.” By this he means that if another recession hits, governments do not have the reserves to prop up the economy like they did in 2008. Global debt has soared by 40 percent since the Great Recession. It is now over $200 trillion, or almost three times the size of the global economy. It could be a “truly titanic struggle” for policymakers to right the economy, King said.

The world’s central banks have increased debt in an effort to fight a crisis brought about by too much debt. They see it as a better alternative than austerity, which would result in years of low growth associated with paying down debt, even though a more healthy and vibrant economy would emerge. This is a risky strategy, but it was probably adopted because it mostly benefits the financial sector, an increasingly important part of America’s service-oriented economy.

America is the largest debtor nation in the history of the world. That debt appears manageable to some people because interest rates are at historic lows. But if interest rates rise, the national debt could quickly become crippling. As 90-year-old market veteran Richard Russell said, “the only thing worse than unmanageable debt is debt that is compounding.”

Expect the Federal Reserve to do everything possible to keep rates low for as long as possible, even if it starts to gradually raise rates. Unfortunately, the longer rates stay low, the greater the debt bubble will grow and the more unstable the various markets will become. In a debt-based economy, interest rates impact everything. And artificially manipulated low interest rates for the past seven years have inflated more than one bubble.

Joel Hilliker’s article “A Suggestion for Correcting the Economy” offers what some might consider a radical solution. Read it to the conclusion. It is worth it.