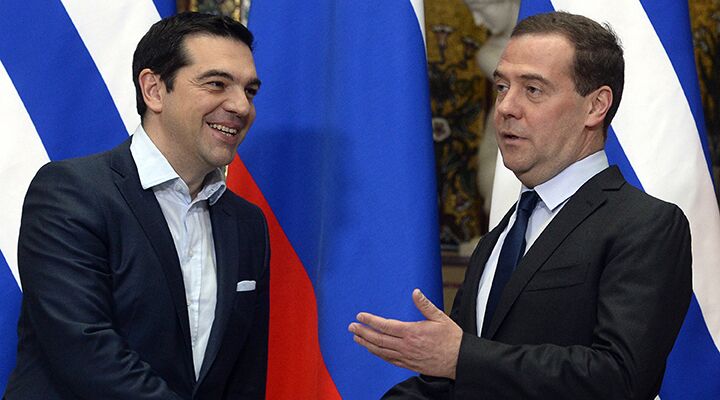 Greek Prime Minister Alexis Tsipras visited Russia on April 8 to talk with Russian President Vladimir Putin. The visit occurred as Greece and Germany struggle to reach an agreement on the repayment of Greek loan. It also happened even as the European Union and Russia struggle for influence in Ukraine. The visit highlighted Europe’s greatest need.

While Prime Minister Tsipras went to Russia ostensibly to discuss an energy deal, the trip was really a demonstration to Europe that Greece’s membership in the European Union means it can geopolitically punch well above its weight class. Tsipras’s trip reminded Berlin that, as a member of the EU, Greece holds veto power over any potential new sanctions against Russia.

Russia appears to be dangling energy subsidies before Greece in return for political support. It has made similar overtures to its allies in Hungary by offering a new pipeline agreement.

The fact that small nations, such as Greece, can single-handedly derail EU foreign policy highlights a great weakness in Europe: the lack of a centralized authority. Putin sees this and is trying to exploit it.

But Europe sees its weakness too.

In the May-June 2015 Trumpet, editor in chief Gerald Flurry wrote that Britain and America not even being invited to the February 6 conference between Russia, France and Germany “is yet another sign that somebody will have to provide some leadership—before Vladimir Putin marches all the way to the North Atlantic! And somebody will.”

The nations of Europe need a strongman to unite them. That man is coming soon. To learn more about this strongman, read “A Strong German Leader Is Imminent.”