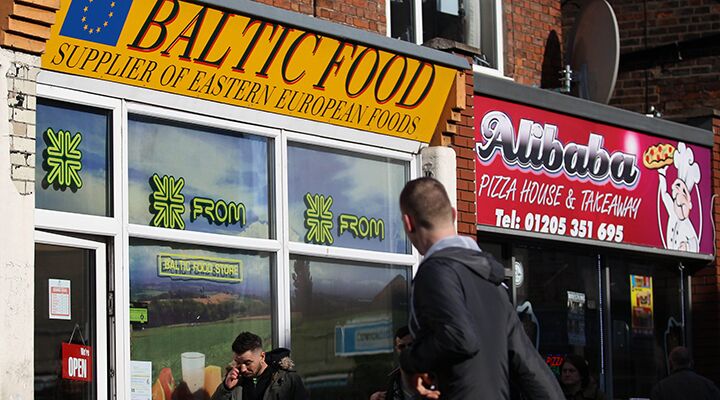 The melting-pot of the world isn’t so hot anymore.

Increasing numbers of immigrants are clinging to their own culture rather than assimilating into American society.

More than 25 percent of Boston’s residents were born outside the United States.

“You can’t find a place in Boston that doesn’t have a growing immigrant population,” said Alejandra St. Guillen, director of Boston’s Office of New Bostonians.

A January 2015 study by the Federation for American Immigration Reform (fair), indicates that in some metro area counties in Maryland, Virginia and the District of Colombia, 20 to 30 percent of the population is foreign born. That means approximately a quarter of the population of the nation’s capital was not born in the U.S.

And the refusal or inability of immigrants to integrate is widespread.

In March, St. Cloud Technical High School in Minnesota showed a prime example of the effects of non-integration when more than 100 Somali students walked out of classes. The walk-out was supposedly in response to a picture posted on the Internet implying a Somali student could be a terrorist. Tensions became so high that another school in the district had to be locked down for safety.

“Situations regarding race and culture are in the forefront at this moment. It’s a hot topic,” Willie Jett, superintendent of the St. Cloud school district said. “At times, can there be conflict? Definitely.”

It’s a truism that a house divided against itself will fall.

The U.S. is more divided now than ever, and promoting high levels of immigration from nations with extremely different cultures and religions will only increase the problem. For more information, watch Stephen Flurry’s Trumpet Daily “Illegal Immigration and the Transformation of America.”